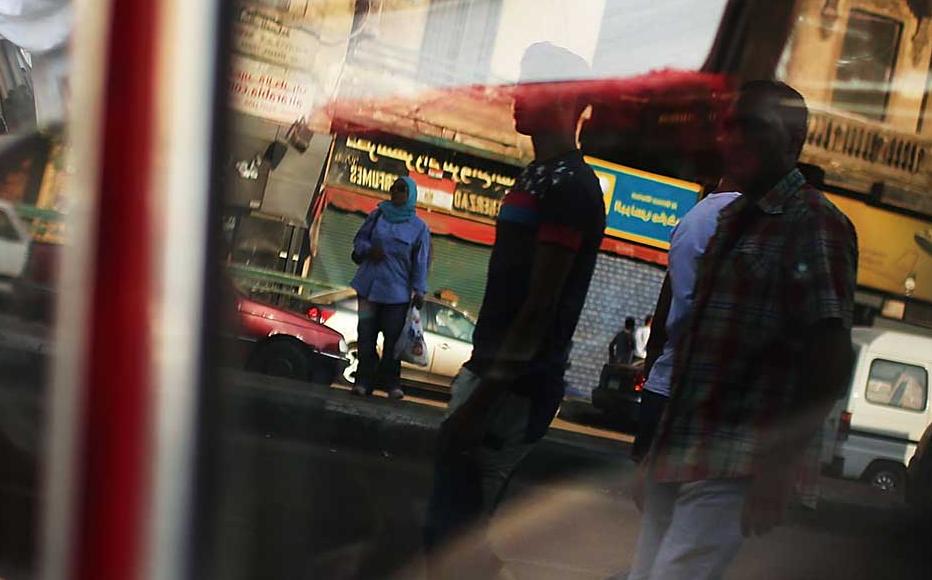 People head to a large rally in Tahrir Square against ousted Egyptian President Mohamed Morsi on July 7, 2013 in Cairo, Egypt. © Spencer Platt/Getty Images
The link has been copied

On the tenth anniversary of the uprising that led to the downfall of Egypt’s longstanding dictator Hosni Mubarak and raised the hopes of millions of Egyptians for greater freedom and equality, it remains too early to tell whether the counter-revolution has killed off or simply delayed popular aspirations for revolutionary change.

What is abundantly clear is that the political turmoil and violent repression of dissent that marked the intervening years have sabotaged the transition to a more democratic Egypt that seemed attainable in the early months following that uprising. The efforts of millions of people between 2011 and 2013, who risked their lives and livelihoods to stand up to the Mubarak regime, the military, and then the Muslim Brotherhood, appear to have been in vain under the current government’s repression of opposition.

In the years running up to and since the 2011 revolution, women have become far more assertive in their quest for equality.

Tolerating almost no dissent, the military junta has detained, jailed or disappeared untold thousands of activists, advocates of revolutionary change, human rights defenders and journalists of every political stripe, and has smashed Egypt’s once vibrant civil society.

Those still outside prison and brave enough to voice opposition or criticism are intimidated, harassed and defamed, living with the constant threat of false accusations and show trials. This was amply demonstrated during the recent arrest of several activists at the Egyptian Initiative for Personal Rights who continue to pursued justice, despite all the risks involved.

However, while the regime holds political revolution hostage, it has been powerless to stop a profound social and cultural evolution from taking place, despite resorting to brutal means to repress those advocating and living change.

In terms of sheer numbers, the most significant change has been in the domain of women’s rights and activism. Although Egypt’s modern feminist movement has its beginnings in the 19th century, those roots were relatively shallow.

But in the years running up to and since the 2011 revolution, women have become far more assertive in their quest for equality.

This has manifested itself not only in the domain of rights but also of duties. Even though women do not enjoy equal rights in Egypt, they have shown themselves willing to make equal sacrifices. Women were integral to the anti-Mubarak movement known as Kefaya which took off in 2004, and stood shoulder to shoulder with men on Tahrir Square and elsewhere in the country during the 2011 revolution.

In the social domain, women have not only proven themselves equal in professional and academic spheres but are also are growing louder in their demands for equal rights and to be treated with respect and dignity.

Women have also been struggling to take control of their bodies. This is visible in how Egyptian women are having fewer children and having them later in life. It can also be seen in the rising number of women who are rejecting or abandoning the hijab, as well as the headscarfed women who have chosen the more permissive lifestyles previously associated with their liberal sisters, such as going out at night, partying and engaging in intimate relationships. A burgeoning number of women remain single, some even living alone, and are fighting the social stigma associated with it.

There has been a backlash against this rising visibility and assertiveness in the public domain. Manifestations include the sexual harassment epidemic, the slut-shaming of women who do not fit certain conservative templates and other forms of toxic masculinity.

But, here too, women have been fighting back. For instance, women activists have established campaigns and support networks to combat sexual harassment and have been instrumental in challenging and questioning the stereotypes and assumptions that objectify women and blame the victim.

The past decade has also witnessed the rising assertiveness of young people in Egypt. Not only did Egypt’s marginalised youth majority spearhead the revolution, many have refused to abide by the traditional deference expected of them. Beyond the headline revolution against Mubarak, young people across the land rebelled against the mini dictators controlling their lives, against their families at home, against their teachers in the schoolyard and against their bosses in the workplace.

The labour movement in particular has been a force to be reckoned with. In the early years of the revolution, Egypt was rocked by thousands of strikes and labour actions. Even a draconian protest law was unable to stem the wave of industrial action until recently, and this required the mass arrest and jailing of labour activists.

Sex and sexuality have been another area of mixed progress. Anecdotal evidence suggests that Egypt’s young have become more sexually open and liberated, which has provoked panic among older generations and the establishment, with allegations of debauchery being directed particularly at liberated young women.

However, though Egypt’s relationship with sex remains problematic and closeted, even mainstream society has become relatively more open, with TV sexologists becoming a trend in recent years, even amongst conservative audiences.

Belief is another surprising area of mixed progress in Egypt. After decades of social and political marginalisation and repression, sceptics, unbelievers and atheists have remerged, not just in Egypt but in many other Arab countries, to assert their rights amid growing tolerance and intolerance, as well as a vague “War on Atheism” launched by the Sisi regime in collaboration with al-Azhar, the country’s oldest seat of Islamic learning. Although it remains risky in many circles to advertise one’s unbelief, many of Egypt’s irreligious have refused to be cowed, even after spending time behind bars.

Although the military junta has sold itself as an agent of social, cultural and religious reform to credulous or cynical foreign leaders, the reality is that change in Egypt is taking place in spite of, not because of, the regime.

In truth, the regime has been actively working to crush this social progress too. But with political reform paralysed for the time being, it is in the social sphere that the greatest hope to save Egypt from the Egyptian state remains.