Despite clear benefits, reopening the route would be fraught with problems.

Despite clear benefits, reopening the route would be fraught with problems. 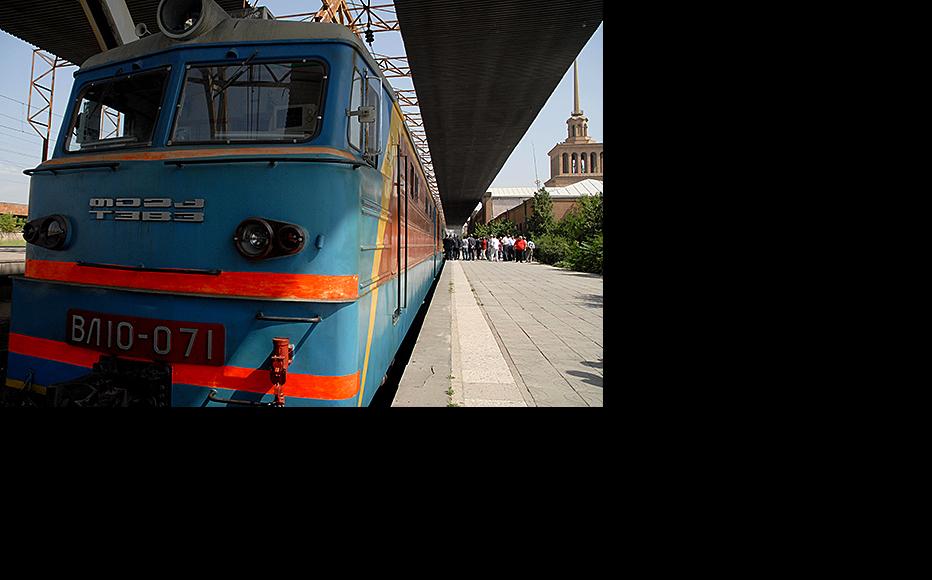 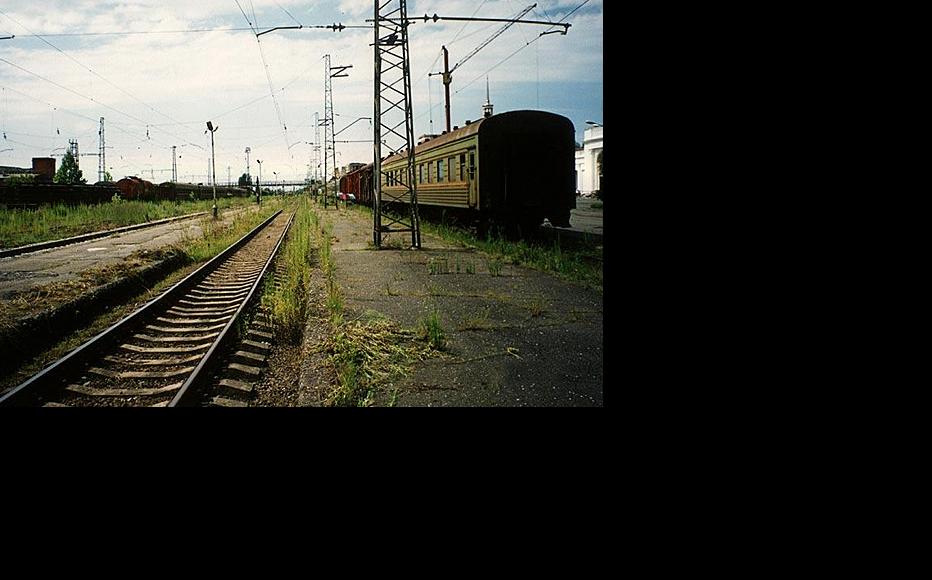 Trains from Abkhazia run only north to Russia, not south into Georgia. (Photo: Abkhazia Railways website)
The link has been copied

Few would disagree that reopening the Soviet-era railway through Abkhazia would bring benefits for the South Caucasus states and their neighbours. Despite this, little progress has been made on restoring this strategic route.

Because the Caucasus range forms such a formidable natural barrier, the only north-south rail routes run down either side, where the mountains run down to the sea. On the western side, the railway used to connect Russia with Georgia. But communications were severed by the 1992-94 war that ended with Abkhazia declaring independence, a claim that Georgia continues to reject.

Trains still run between Abkhazia and Russia. Moscow maintains good relations with Abkhazia and recognised its statehood in 2008 after fighting a brief war with Georgia over another self-declared republic, South Ossetia. But there is no onward connection southwards into Georgia.

Georgia’s southern neighbour Armenia would stand to gain from a direct rail route to Russia. Its president Serzh Sargsyan raised hopes that progress was imminent after meeting Russian president Vladimir Putin in Moscow in mid-March.

He said Putin told him he was about to discuss the railway with Abkhazian president Alexander Ankvab.

“Then we heard that things were looking positive and that we must make every effort to resolve this important matter,” Sargsyan told reporters. “But what the timescale is – that’s hard for me to say.”

“If there is a common desire and a common interest that is confirmed and supported, including by Abkhazian society, then we can talk about this. But I don’t intend to make independent, unilateral decisions,” he said.

The fundamental obstacle to restarting rail traffic is the unresolved dispute over Abkhazia’s future. Abkhaz leaders say independence is non-negotiable, while Georgia insists it must regain de facto control over this slice of sovereign territory. That leaves little room for negotiating on the basics. It also complicates talks on more immediate issues like the return of ethnic Georgians who fled Abkhazia during the 1992-94 conflict, and traffic and trade across the Inguri river which forms the de facto border between Abkhazia and Georgia.

Moscow’s recognition of and extensive support for Abkhazia means that Georgia regards it as a far from impartial party to talks, and its troop presence in the republic as an occupying rather than peacekeeping force.

In Abkhazia, politicians recognise that restoring southward rail links would be valuable, but they want the republic to be central to any negotiations, rather than being presented with a fait accompli by other states.

“We should be quite certain that if a railway runs from Armenia to Russia via Georgia and Abkhazia, Abkhazia must be the legal owner of its section of the railway,” Deputy Foreign Minister Irakli Khintba said. “If those people who are interested in this railway are really serious, they need to do their best to ensure that Abkhazia is an equal stakeholder in this project.”

Khintba noted that the whole project was surrounded by risks, since in his words, “The level of trust between Abkhazia and Georgia is now below zero.”

Beslan Baratelia, dean of economics at the Abkhazian State University, said a fully functioning railway could earn the republic 20 or 30 million US dollars a year in freight transit fees, but the real gains would be in political legitimacy. While arguing that participation would amount to recognition of Abkhazia as an independent state, Baratelia acknowledges that this prospect could itself block progress.

“It’s another matter whether Georgia will agree to this; whether it will be satisfied by our conditions. I think these conditions are the major stumbling block here,” he said. “If Abkhazia’s interests are not taken into account, and Abkhazia cannot take part in this project as an independent state, then of course we don’t need the money.”

Several attempts were made to move the railway project forward between 2003 and 2005. A consortium involving Russia, Georgia and Armenia was set up to restore the Abkhazian section of the railway, but talks eventually broke down for technical reasons as well as over the absence of Abkhazia itself from negotiations.

A few months after Moscow recognised Abkhazian independence in 2008, Russia’s state rail company secured a ten-year deal to run the Abkhazian line and spent some 60 million US dollars on refurbishing it, so that parts of the route are now in better shape than before.

Baratelia notes that the money spent on refurbishment was a loan which Abkhazia will need to pay back one way or another.

“If we don’t launch the railway, we won’t earn the money [in fees], and there remains the matter of repaying the loan. It may well be that we have to pay debt [by ceding ownership of] the railway itself,” he said.

Arda Inal-Ipa, director of the Centre for Humanitarian Programmes, a leading NGO in Abkhazia, described a siege mentality which meant that the opportunities offered by regional integration were seen as a threat.

“We’ve learned how to live in very severe economic conditions,” she said. “There are many people who don’t want to push for joint economic projects on the grounds that these could prove dangerous for us. I don’t think that’s right, but many people want to avoid what they see as threats. They simply don’t want to take the risks involved in challenges that might offer new economic opportunities.”

Under President Mikheil Saakashvili, Georgia’s relationship with Russia went from bad to worse, especially after the 2008 conflict. Saakashvili’s party was thrown out in the parliamentary election of October 2012, and the incoming Georgian Dream coalition led by new prime minister Bidzina Ivanishvili set about trying to repair ties with Moscow. But with no one prepared to give ground on their respective positions on Abkhazia and South Ossetia, progress has been limited.

Speaking in January, Ivanishvili said the railway issue could be resolved “if there is a desire on all sides”, although he acknowledged this would be a slow process.

The potential economic benefits are clear to many Georgians. The country already hosts pipelines and railways linking oil-rich Azerbaijan to western markets, and restoring northward rail links would make it even more of a regional hub and bring in earnings from transit fees.

The advantage are well understood by Paata Zakareishvili, whom Ivanishvili appointed minister for reintegration – the point-man for efforts to bring Abkhazia and South Ossetia back into Georgia’s orbit.

“Everyone could use this railway – Russia, Georgia and Armenia,” Zakareishvili said. “It would enhance our country’s role as a transport artery, and increase its geopolitical importance. Goods would move not just west-east, but also north-south.”

Irakli Menagarishvili, a former foreign minister who now heads Georgia’s Centre for Strategic Studies, believes a common interest in the shape of a railway could help both Georgians and Abkhaz move on from the war.

“Mutual economic integration can play an important part in the process of truly uniting the Georgian and Abkhazian peoples,” he said. “This railway could be decisive.”

Others remain fearful of Russia’s true intentions. They include Saakashvili, who remains president until an election this autumn, albeit with much-diminished effective powers.

“This railway will be a launchpad for Russia to capture the Caucasus, establish influence over Armenia and Azerbaijan, and secure a corridor to Iran. Why should Georgia be a pawn in Russia’s tawdry game?” Saakashvili said in a speech to students this January. “If the Abkhazian railway is restored, where will Georgian border guards be posted? If restoration of the Abkhazian railway does not move in parallel with the de-occupation of Georgia, then it will simply legitimise the Russian occupation of Abkhazia.”

Saakashvili said that Georgia should focus instead on east-west rail transport from Azerbaijan to Turkey. To complete that route, engineers are laying track to link the southern Georgian town of Akhalkalaki with Kars in eastern Turkey. This, the president said, would make Georgia a “strategic player”.

Ivanishvili’s government does not share Saakashvili’s enthusiasm for the Kars-Akhalkalaki project since it could draw freight traffic away from Georgia’s Black Sea ports. Ministers have talked about renegotiating terms with deal with Turkey and Azerbaijan to ensure the ports are compensated.

Unlike the Abkhazian railway, the Turkish connection presents technical problems as the standard gauge used across the former Soviet Union is broader than the track used in Turkey.

ARMENIA LOOKS TO BREAK OUT OF ISOLATION

Of the other countries in the region, Armenia would probably benefit the most from the Abkhaz rail project. Russia’s other southward railway line goes down the Caspian coast to Azerbaijan, with which Armenia has no relations, economic or otherwise, because of the unresolved Nagorny Karabakh dispute.

Russia remains Armenia’s most significant ally and trading partner. With the borders with Azerbaijan and its ally Turkey closed, and a road link to Russia via central Georgia only slowly re-opening, Armenian export goods must be driven overland to Georgian ports, shipped to Russia, and then loaded back onto trucks or trains.

Bagrat Asatryan, a former head of Armenia’s central bank, believes a rail link via Abkhazia and Georgia would provide a much-needed boost to the country’s failing economy. He recalled that when the route stopped working in the 1990s, the volume of trade between Russia and Armenia fell by 95 per cent or more.

“Essentially Armenia is now under blockade, since it lacks rail connections to its main trading partners in Europe and Russia. That’s why the opening of the Abkhazian railway is such an important and strategic task,” Asatryan said.

Apart from its routes through Georgia, Armenia only has trade and transport ties with Iran to the south. In January, the government in Yerevan announced a project to build an electrified railway as far as Meghri on the Iranian border, and then link this into transport networks that will link it to Gulf ports. The new stretch of railway cuts out a stretch of Soviet-era track through Azerbaijan.

If the Abkhazian rail connection was revived, Armenia would go from near-isolation into a position on a route from Russia to the Gulf.

Ruben Safrastyan, director of Armenia’s Institute for Oriental Studies, said the route would bring the added political bonus of reducing Turkey’s growing influence in Georgia as well as Azerbaijan.

“Armenia would link up with Russia,” he said. “As a result, Russia’s influence would increase not only in the South Caucasus but across the whole region, including with regards to Georgia. This would then reduce Turkey’s role by weakening its influence on Georgia. The opening of this railway is much needed by Armenia, and it will change the whole geopolitical situation in the South Caucasus.”

But if Armenians view Turkish influence as a bad thing, many Georgians see it as preferable to having Russia throw its weight around.

“This is a big political game which will change the situation in the South Caucasus,” said Mamuka Areshidze, head of the Caucasus Centre for Strategic Studies. “Georgia needs to be extremely cautious. There are many players who are interested in the status quo. When political and economic projects change in the South Caucasus, that will bring regional changes which could lead to military confrontation. Everything depends on the interests of the big political players – the United States, Europe, Turkey, Iran and Russia.”