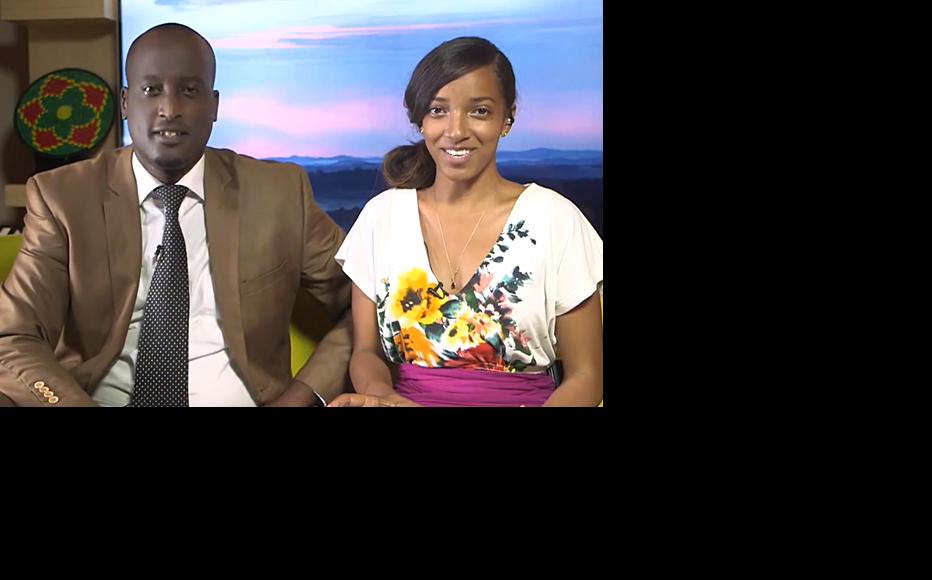 A still from the Rise and Shine Rwanda TV programme.
The link has been copied

The show, produced by a female-led production company – and supported by the new national broadcaster – is the first new independent news programme aired on Rwandan television.
In a two-hour slot, it carries a mix of national and international news, with features on business, society, culture and sports.

“There is tremendous energy in Rwanda, and young talent emerging,” said Anthony Borden, Executive Director of IWPR. “With its fresh enthusiasm and high production values, Rise and Shine Rwanda sets a new standard for Rwandan broadcasting.”

The breakfast show is a milestone in a long-term strategy of the Government of Rwanda for reforming media and communications in Rwanda which is being implemented by the official Rwandan Governance Board, with support from IWPR.

The Rwanda Broadcasting Agency (RBA), which airs Rise and Shine Rwanda, is in the process of transitioning from a state-controlled to a public broadcaster and took the lead in promoting the new programme and bringing it to air.

The TV show is the culmination of a process of support and intensive mentoring provided by IWPR through its Rwanda Creative Hub initiative.

With financial support from the governments of The Netherlands and Sweden, the Creative Hub serves as an incubator for funding and mentoring independent creative, technology and information projects. Launched this summer with the full support of the Government of Rwanda, the initiative has attracted more than 115 applications for support.

Rise and Shine Rwanda – an initiative of Legacy45 Entertainment, Ltd, run by Rwandan sisters Chantal and Diane Dusaidi – is one of the first nine projects selected for financial and professional support by the Creative Hub.

Further awards will be announced in the coming weeks.

At the request of the Government of Rwanda, IWPR has been working on media reform in the country since 2010. Our programme activities have played provided technical support to the Government of Rwanda in range of areas, including the revision of six major laws on media freedoms – subsequently passed by the Rwandan parliament; the creation of a new system of independent media and press regulation; the government’s decision to close the Ministry of Information; the launch of RBA’s transformation from state to public-service status; and a wide range of training and educational activities to build the skills of Rwandan journalists and enhance the media’s professional capacity. The overall reform programme is overseen by the Rwanda Governance Board, a unit of the Ministry for Local Government of the Government of Rwanda.