Initiative launched to campaign for media freedom during time of crisis.

Initiative launched to campaign for media freedom during time of crisis. 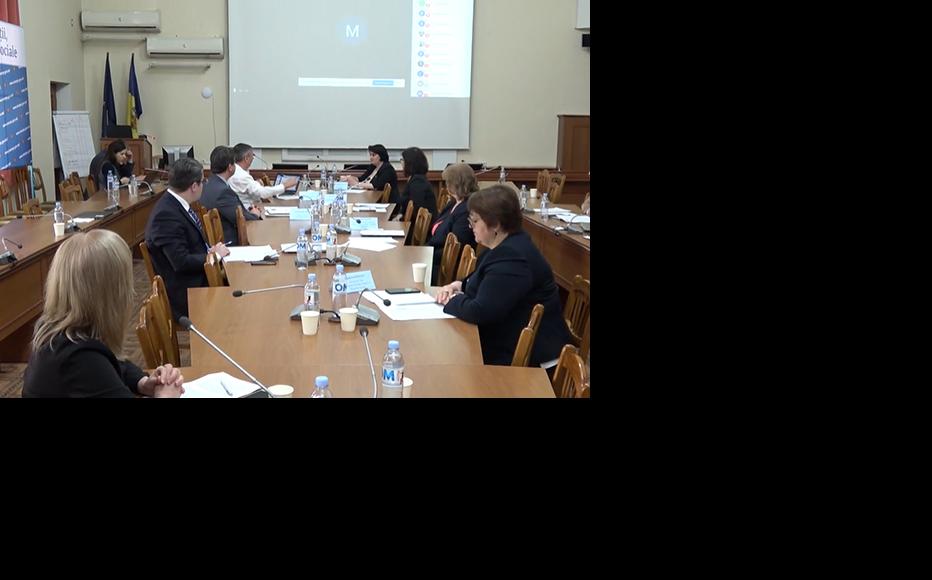 Online conference at the Ministry of Health. (Photo: Independent Journalism Center of Moldova)
The link has been copied

IWPR has funded a journalist’s crisis cell in Moldova in response to concerns that the government was restricting access to information amid the coronavirus pandemic.

After the state of emergency began in Moldova on March 16, the government stopped holding open press conferences, only granting access to a select number of TV stations.

Civil society organisations petitioned the government to change this policy, and on April 10 the Independent Journalism Center of Moldova (IJC), founded the ‘Journalist’s Crisis Cell’ with IWPR support.

The cell began its work by submitting a joint request with 25 other media organisations asking that the ministry of health, labour and social protection’s press conferences be held weekly. They also demanded that journalists be allowed to ask questions directly, rather than being handpicked by the government beforehand.

Subsequently, the ministry held its first online press conference with live questions on May 1, with 20 reporters able to ask two questions each.

IJC director Nadine Gogu said that launching a crisis cell was an important way to demand respect for the freedom of the press be upheld, noting that “IWPR reacted quickly, providing the necessary help in a very short time”.

“It was the time to remind officials and civil servants that the role of journalists is to serve the public interest, to inform citizens by presenting the facts in an accurate and unbiased fashion, from different perspectives, but also to warn when official information is not sufficient and does not fully inform the public,” she continued. “It is time to ask the authorities to be more open and transparent, to treat all journalists equally, regardless of the media institution they represent.”

Read more about press freedoms in Moldova during COVID-19

Moldova has registered more than 13,000 coronavirus cases to date. Tatiana Puiu, a human rights lawyer and IWPR Moldova country coordinator, said that the country faced serious problems because they had failed to communicate with the public and had no serious strategy in place to deal with the virus.

“In a democratic society, the exchange of information and communication from government to the public is crucial,” she said. “In particular, in times of pandemic the transparency in the decision-making process is important to raise the awareness and responsibility of citizens in order to prevent and combat the crisis.”

She added, “Moldova is an example of how the authorities failed to communicate effectively with the public in this pandemic, and as a result, after a period of about three months of so-called isolation, people have begun to disregard the most important anti-epidemic measures - social distancing and wearing protective equipment. The officials preferred to provide the press with convenient information, which, however, leaves a lot of room for interpretation on how to behave.”

The crisis cell has continued its activism, including launching a petition on May 3, World Press Freedom’s Day, demanding that the authorities ensure the media has access to information of public interest.

This also including a virtual flashmob in which dozens of journalists added filters to their social media accounts reading “Answer the questions! #accesstoinformation.”

The president of the Moldovan parliament, Zinaida Greceanii, informed the IJC that the petition had been sent to the government for further examination.

The IJC also published a comprehensive paper in May outlining how the authorities needed to show a greater degree of financial transparency regarding donations they received during the Covid-19 crisis. On June 5, the UN Office for Human Rights in Moldova invited the IJC to present their paper in an online public event.

Throughout this time, the IJC has also been providing journalists with free legal advice regarding access to information and publishing its materials with translations into Russian and English.

Cristina Durnea, part of the team providing journalists with legal aid, said, “The current situation is highlighting various tendencies of the authorities in using crisis times as an opportunity to silence or to hinder journalists.

“That is why it is important to assist the mass media representatives in legal issues arising from any infringements of their rights including, but not limited to the right on access to information of public interest and the right to freedom of expression,” she continued. “Media must be supported in having the freedom to report on all aspects of the crisis, as well as to scrutinise the decisions of authorities in response to the pandemic.”