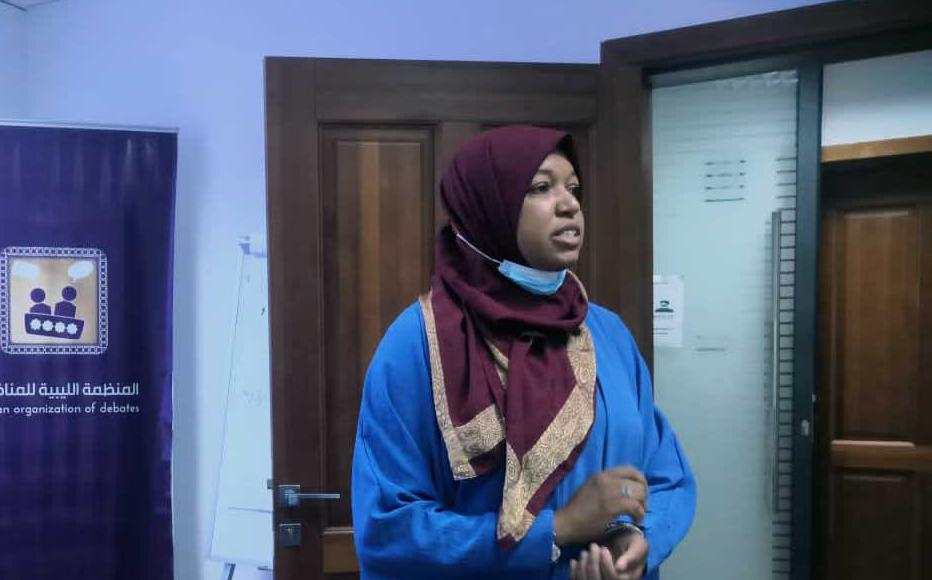 Amal Alnani is the founder of I am a Libyan Woman and My Son is a Foreigner (ILSF), an organisation campaigning for the rights of women and young people disadvantaged by a loophole in Libya’s citizenship law. © Amal Alnani
The link has been copied

Women are seriously underrepresented in Libyan politics, but Amal Alnani, who heads one of IWPR’s partner organisations in Libya, is hoping to address the balance when she runs for public office this year.

Alnani, 37, is the founder of I am a Libyan Woman and My Son is a Foreigner (ILSF), an organisation campaigning for the rights of women and young people disadvantaged by a loophole in Libya’s citizenship law.

Current legislation means that Libyan women married to a foreign national miss out on many benefits, including access to healthcare, and their children do not automatically acquire citizenship. This is a particularly serious issue in Alnani’s home region of Ghat which lies close to the border with Algeria and Niger and has a high rate of migration.

Alanani, who has a long history of activism from her involvement in the scouting movement to media advocacy, said that she had been inspired to found the organisation in 2014 after meeting several women married to non-Libyans and understanding the depth of their plight.

“I decided then to stand up for their rights and help them achieve their goals,” she said, adding that the NGO began with just her and her own mother lobbying public officials for change.

“I realised that it is not possible for an individual to work on her own, so I decided to establish this wonderful association,” she continued. “The challenges were reaching decision-makers and conveying the voice of women married to non-Libyans, especially in the south.”

“The trainings were very beneficial for me in developing my skills and building my capacities as well as allotting some administrative tasks,” Alnani said, adding that ILSF had gone on to win some major benefits for the women they were campaigning for.

“Their children were recognised in the Libyan education system, women were registered to participate as voters in elections; we also registered them in the health system with a foreigner's registration number,” she said.

Under the most recent subgrant she ran with funding from IWPR in response to the challenges of the pandemic, ILSF provided 50 women with training and support, nearly half of whom were 20 immediately found jobs in the community

As ILSF’s rapid impact assessment showed earlier this year, the economy has become the most pressing issue in Ghat amid the strains of Covid-19. The price of essential goods had soared, hitting informal workers -usually women – the hardest.

Alnani now says she feels ready to take her activism forward into the formal world of politics. General elections are due in Libya in December 2021, having previously been twice delayed. Only 16 per cent of lawmakers in Libya’s parliament are women, so she hopes to become a valuable advocate for gender equality.

“The electoral law has not been issued so we do not know if I will run as an individual or on a list of independents,” Alnani said, adding “I want to make the voices of women and youth heard, and work on legislation.”