Kyrgyzstan: How the Media Can Combat Extremism

Kyrgyzstan: How the Media Can Combat Extremism 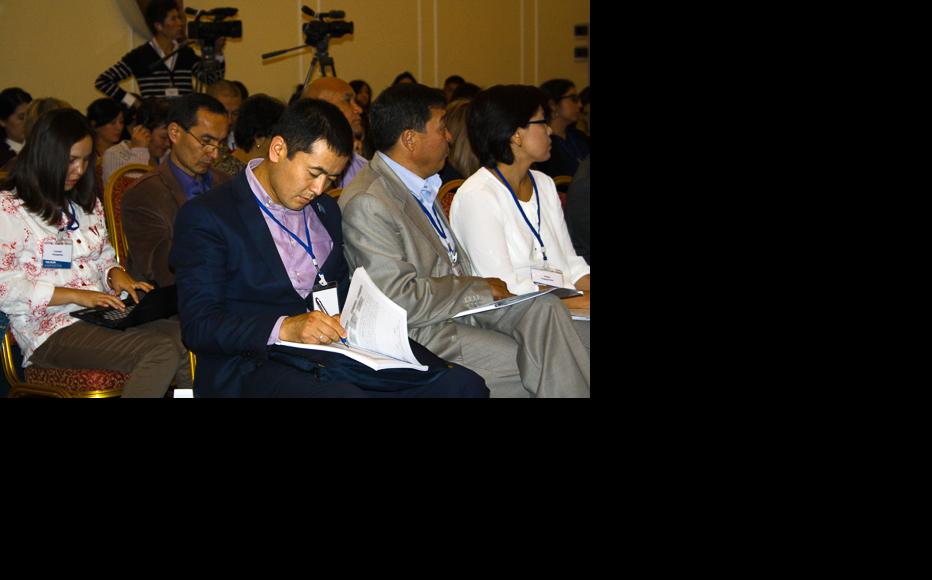 The conference, co-organised by IWPR in late September, provided a platform for the exchange of opinions. (Photo: IWPR) 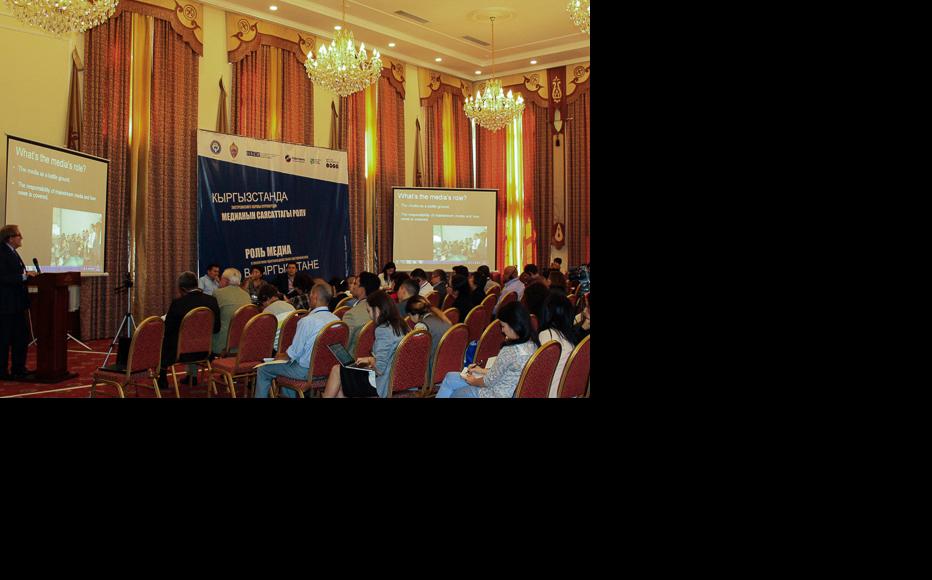 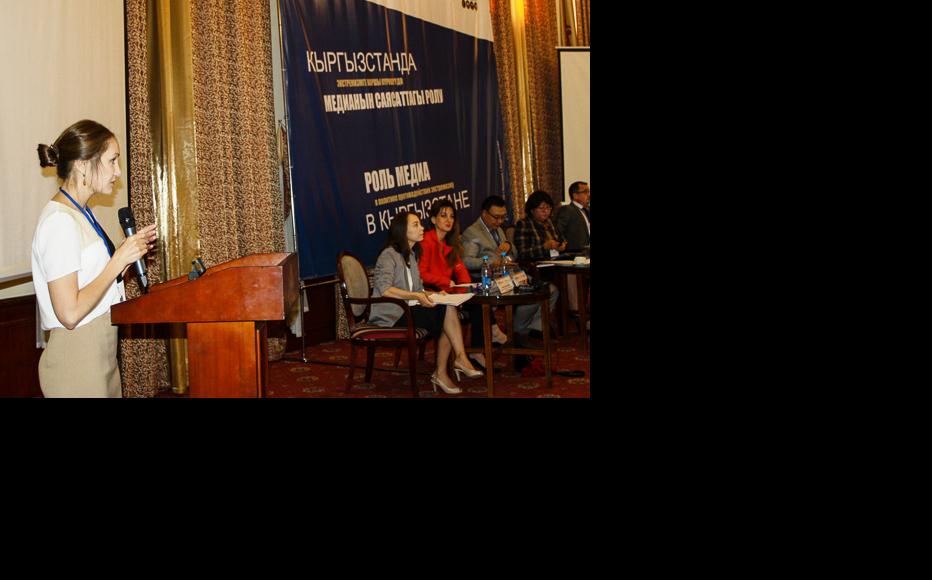 Kyrgyz officials say they are willing to cooperate with media and religious scholars to stop young people's recruitment by radical organisations. (Photo: IWPR) Kyrgyzstan is the most liberal country in Central Asia, but nonetheless blocked some local and foreign online media between 2012-2014. (Photo: IWPR) A student asking questions during a debate. (Photo: IWPR) Journalists from the south of Kyrgyzstan also attended the event. (Photo: IWPR) The September conference was part of an IWPR programme to help fight extremism. (Photo: IWPR) Conference attendees. (Photo: IWPR)
The link has been copied

IWPR and the OSCE partnered last month to host a conference exploring the media’s role in countering extremism in Kyrgyzstan.

Some 100 officials, media professionals, university lecturers and students from across the country took part in the September 28 event.

Kyrgyzstan’s state policy on religious affairs for 2014 to 2020 calls for broader cooperation between the media, civil society and public authorities in counteracting extremism.

Bishkek has been struggling to find an adequate response to extremist propaganda, particularly in the poorer areas of the south.

So far, at least 500 Kyrgyz nationals have travelled to fight with radical forces in Syria and Iraq.

Ainura Temirbekova, deputy minister of culture, information and tourism, said that the dissemination of extremism via the internet was of particular concern.

The state was well aware of the limited use of simply blocking problematic websites, Temirbekova said, adding, “Police measures of fighting against an ideology and prohibiting certain information from being disseminated, as many countries have experienced, have only had a  temporary effect.

“Most often governments that prohibit and restrict, for example, the internet, are deluded that everything is under control. But unfortunately often it’s not true,” Temirbekova said.

One issue is that Kyrgyzstan is a secular state, although there has been growing interest in religion in recent years.

So religious practise remains relatively novel in this post-Soviet country, meaning many ordinary citizens remain unaware of the exact difference between faith and extremism. This may put them even at more risk.

A survey by the Bishkek-based Expert Consulting Agency showed that only 9.6 per cent of traditional and online Kyrgyz media content offered a consistent approach to covering religion, extremism and terrorism issues.

The study, which ran from January till June 2016, showed that most coverage was either sensational or superficial.

Elina Karakulova, head of the local Internews network, agreed that editors had to do more to regulate reporting quality and develop journalistic ethics.

Zakir Chotaev, deputy chairman of the state commission for religious affairs, also highlighted the important role played by the media.

“Even the public authorities see all events in Kyrgyzstan through the media… media outlets help us respond properly and resolve problems coming from the religious sector,” he said.

Begaim Usenova is head of the Media Policy Institute, a Kyrgyz NGO specialising in legal issues.

She said that state actors and the wider society still had “difficulties in understanding the mission and the role of media in combating extremism”.

Since 2015, IWPR has been working with the interior ministry’s department for counteracting extremism, the state commission on religious affairs, the Muftiyat, and local scholars to combat radicalisation.

As part of its three-year Investigative Journalism to Promote Democratic Reform project, funded by the European Union, IWPR also organised a series of lectures in universities in Bishkek and Osh.

“Online and mobile services have to be used [to connect] with the young and urban population, whereas TV, radio and print media have to be used to reach older generations and rural audiences,” he concluded.

Kyrgyzstan
Advocacy
Connect with us