Scheme aims to support a fresh crop of experts and reporters across the region.

Scheme aims to support a fresh crop of experts and reporters across the region. 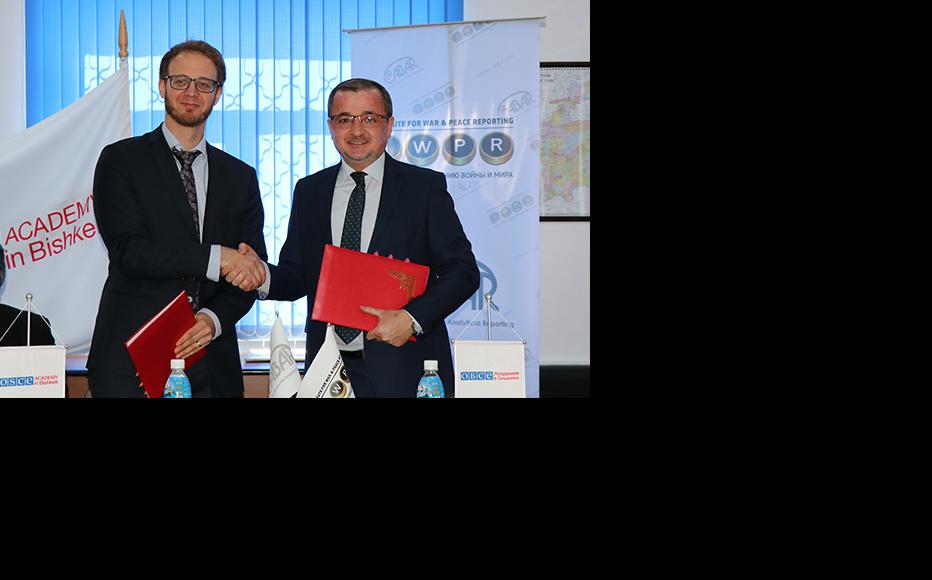 IWPR and the OSCE Academy in Bishkek have launched a three-year project to boost the capacity of a new generation of analysts and journalists in Central Asia.

The programme, funded by the Foreign Ministry of Norway, aims to create a pool of specialists who can help decode the region's complex and emerging challenges.

Programme participants will be selected on a competitive basis across the five Central Asian states and will attend an intensive summer school.They will then be allocated to IWPR offices in Central Asia and will start their practical training, writing analytical articles under the supervision of IWPR editors.

Their work will be published on CABAR.asia, IWPR’s analytical platform that has been offering quality commentary on regional trends for the last three years.

Young journalists will also be trained as part of the programme, with their articles also appearing on CABAR.asia and the IWPR website.

In the second stage of the programme, a selection of the analysts and journalists will be sent to Eastern Europe for further training with local colleagues.

IWPR Central Asia, with the assistance of the OSCE Academy in Bishkek and a number of Central Asian think tanks, will also hold a series of public online discussions focusing on the rule of law, human rights, counter-extremism and media freedom in the region.

By the final stage of the project, alumni will have created a network that can hold meetings, organise various events, and share quality analytical and journalist expertise.

The project was launched on February 22 in a ceremony at the OSCE Academy in Bishkek attended by dignitaries including Ole Johan Bjørnøy, the Norwegian ambassador to the Central Asian states and Ellen Stie, senior advisor to the Norwegian formeign ministry’s section for Russia, Eurasia and regional cooperation.

Helene Sand Andresen, deputy director of the foreign ministry’s department for Russia, Eurasia and regional cooperation, said that Norway was interested in the development of all five states.

“It’s very important for us to support the new generation of experts, and we are glad to launch this project,” Andersen continued. “This project strengthens the cooperation between our two important partners in this area – OSCE Academy in Bishkek, that educates graduate students, and IWPR that develops independent and analytical journalism. We are glad to support such an initiative and will be looking forward to seeing its outcomes.”

“The OSCE Academy in Bishkek has a strong research and academic base, whereas IWPR in Central Asia has a pool of experts and analysts,” he continued. “Our joint cooperation and integration of this capacity will help us grow a new constellation of experts and journalists who are capable of producing quality analytical products.”

Giving Voice, Driving Change - from the Borderland to the Steppes
Central Asia
Media development, Training
Connect with us