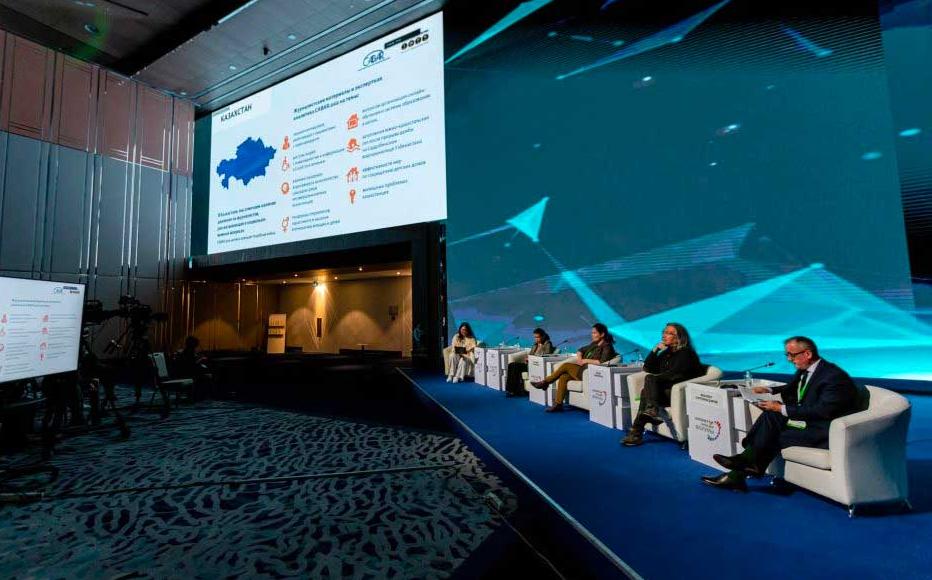 The event brought together prominent Kazak and international NGO representatives, officials, public figures, entrepreneurs and philanthropists on April 22 and 23. © CABAR/IWPR
The link has been copied

The inaugural Forum of Social Projects conference was organised by the Nursultan Nazarbayev Foundation, the former president’s fund, to coordinate and strengthen cooperation between the state and civil society.

In Kazakstan, unlike other Central Asian countries, most NGOs receive funding from government agencies. Experts note that despite some benefits, this practice has also served to increased corruption in the sector and hinder the sustainable development of a functional civil society. IWPR engaged constructively in the forum in order to demonstrate the positive role fully independent civil society groups, such as IWPR and its affiliated partners, are playing across the region.

The event brought together prominent Kazak and international NGO representatives, officials, public figures, entrepreneurs and philanthropists on April 22 and 23. Sessions included discussions on best global practice and the need for non-profits and the state to cooperate over issues ranging from the economy to healthcare and the environment.

As part of a panel on the media’s coverage of social affairs, Sultonnazarov stressed that contrary to popular opinion, IWPR’s experience in Central Asia showed that cooperation between NGOs and media was both possible and beneficial.

He noted that over many years IWPR had brought journalists and civil society representatives together in joint trainings on human rights, gender equality and conflict-sensitive journalism. This had led to real social change in numerous areas.

“In 2015, we launched the CABAR.asia analytical platform, where we regularly publish the content in various formats: analytical material, data, investigations and photo reports,” he said. “We try to cover social issues at the regional level, that is, if we analyse the situation in healthcare, we immediately analyse it in three or four countries, and obtain a comparative analysis across the region. The same applies to photo reports, data materials and other formats.”

Sultonnazarov highlighted a CABAR long read about the problem of harassment in taxis across Central Asia – which was longlisted for this year’s Moscow Dataviz Awards – that had spurred follow ups in media across the region.

In Tajikistan, he continued, despite the widespread problem of lack of access to information, Cabar’s investigative journalism had also led to tangible results.

“For example, following the results of journalistic investigations and revealing corruption and violations of laws in various spheres, criminal cases were initiated and some officials were removed from their posts,” he said. “One of the latest examples is the investigation by journalist Yokub Khalimov from Tajikistan – The Houses That Beg Built – about the head of the state communication service, who managed the construction business right from his office.”

An emerging trend was how social media users had begun to create their own news agenda, independently raising serious issues which were then covered by reporters. The focus on social issues was also linked with the fact that coverage of political issues might result in detentions.

In Uzbekistan, for instance, CABAR.asia focused on social issues including gender, domestic violence, orphanages, labour migration and the coronavirus response.

The pandemic had brought social issues such as healthcare to the fore, Sultonnazarov continued, while testing states’ tolerance for critical reporting.

“During the peak of coronavirus deaths, in July 2020, there were cases when doctors who claimed a lack of protective equipment and doctors’ infections, were prosecuted and forced to publish an apology,” he said. “The situation was similar in Kyrgyzstan.