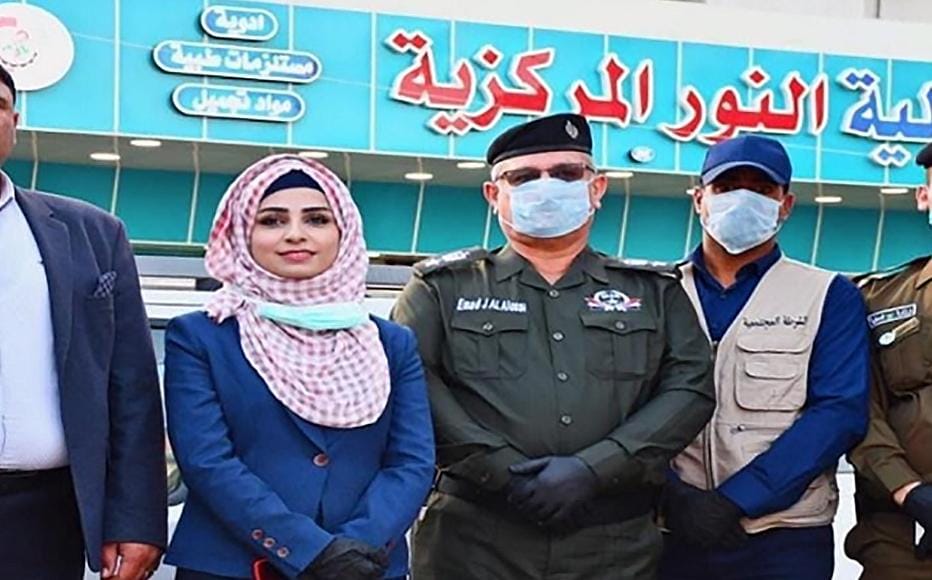 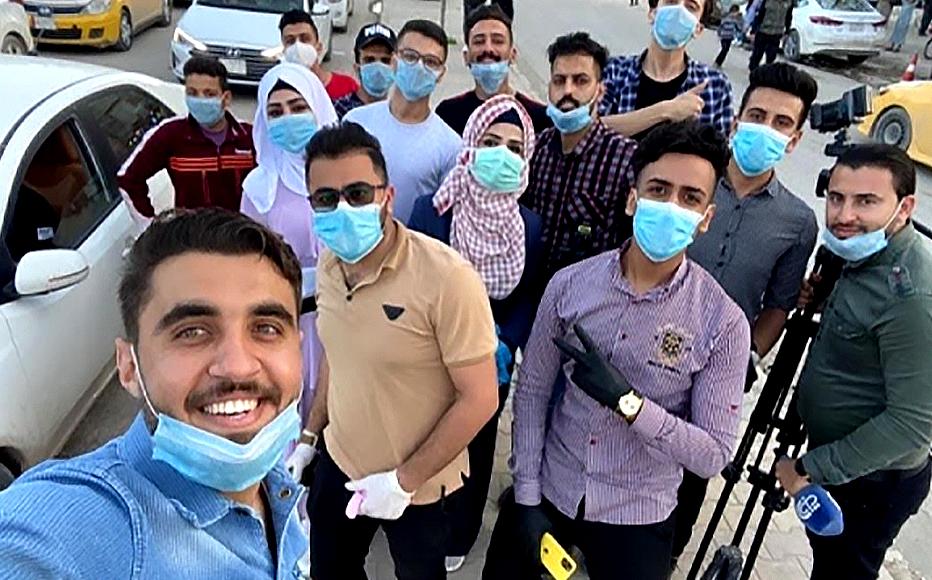 Champions Abrar and Zeid Zeid Al-Ani and Srour Al Doleimi with volunteers from the Community Police during the Awareness Campaign on Covid 19 in Ramadi Market. © Photo courtesy of A. Al-Ani
The link has been copied

IWPR Champions in Iraq have rolled out an ambitious range of initiatives to support health measures and social activism in the face of the growing coronavirus crisis.

With severe restrictions on movement including lockdowns and curfews in many parts of the country, champions launched a #StayHome campaign urging citizens to maintain social distancing while offering innovative ideas of how to spend their time indoors.

Ahmad Waheed, IWPR champion and famous Iraqi comic, appealed to the public to send videos to the Tear comedy page showing how they are meeting this situation with humour. Of the many submissions, 12 published so far tackled issues such as the surge of food prices and myths about home treatments, as well as a comic song by graduates of IWPR’s Tear Gas Comedy Workshop in Basra.

The team also launched offline activities when deemed safe to do so. Mosul champions posted a live video where  - alongside municipal officials from the municipality, activists  and other Nineveh youth - they volunteered to implement a sanitation campaign in the streets of the Old City.

In Anbar, following on from the success of the popular No Shame in Face Masks campaign, police asked champion Abrar Al-Ani to partner with them for a March 15 event in Al Ramadi main market. A team explained the virus risks and safety precautions and distributed masks, gloves, sanitizers and information brochures to more than 1,000 people.

“An elderly man stopped me and from his appearance I could tell he wasn’t from the city,” Al-Ani said. “The man introduced himself and asked me what am I doing here, and I explained the campaign to him. He said, ‘I only heard about it in the media.’”

Al-Ani continued, “ After my explanation, the man asked me if he could have the mask and he put it on immediately, and told me that he wanted us to implement the campaign in rural areas like the village where he lives as they have no clue about this situation there.”

Another campaign, #DoNotWorry, focused on the immediate economic challenges caused by the lockdown. The three-pronged strategy called on those with the financial means to help to reach out to friends and neighbours, especially those with health issues that prevented them going to markets, as well as beseeching landlords and shop owners not to exploit the situation by raising prices. The champions also called on internet providers and electricity companies to temporarily decrease their fees.

Kirkuk champions received a huge number of messages from citizens who wanted to offer help to families in need. The champions linked these families with local donors and set up a private Facebook group for them to communicate directly.

Salaheddin champions highlighted the efforts of a local landlord who exempted his tenants from half their rental fees, spurring other landlords to contact the team to inform them that they would be taking similar steps.

In Anbar, where champions advocated for all fees for electric generators to be cancelled for one month, suppliersin Anah district responded by exempting all the residents from fees.