The ICC Up Close

IWPR trainee who reports on ICC-related issues in eastern DRC pays visit to The Hague to witness firsthand the trials she follows back home. An actor plays a rapist in a role play situation during a training session on interviewing suspects in sexual violence cases. (Photo: Melanie Gouby) 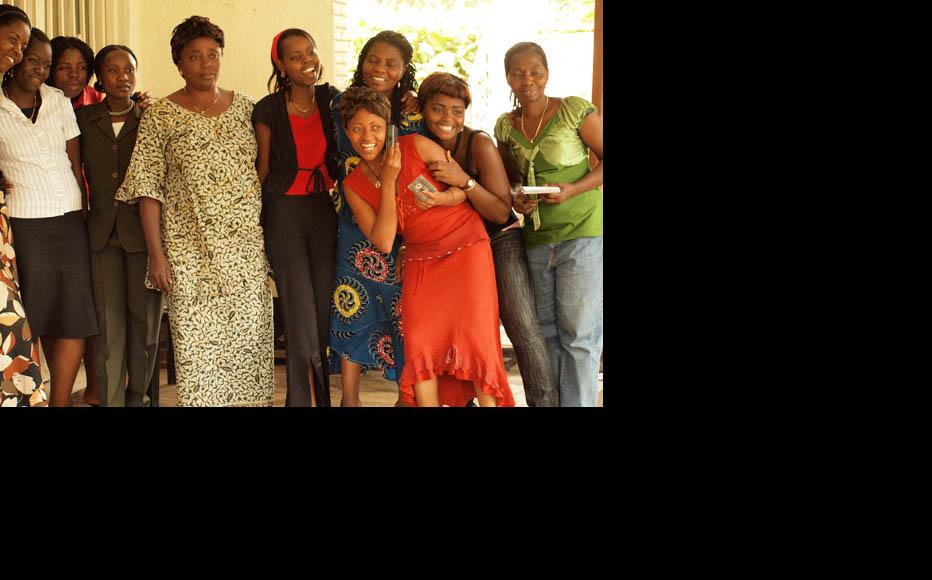 Caption: IWPR trainees at the end of a training day in Goma. (Photo: Melanie Gouby) 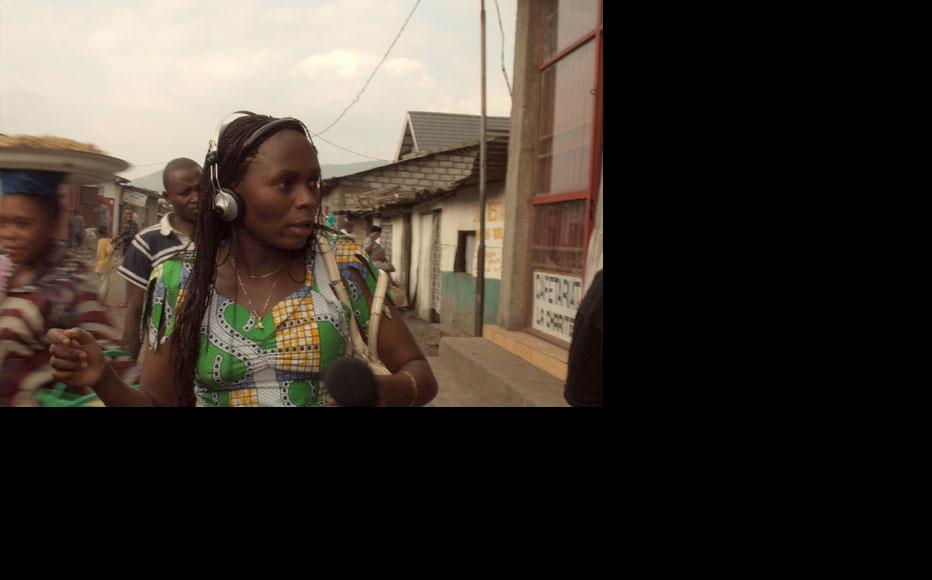 IWPR trainee Espérance Nzigire on a reporting assignment in Goma. (Photo: Melanie Gouby)
The link has been copied

In the east of the Democratic Republic of Congo, a region still affected by sexual violence and conflict, IWPR is empowering female journalists to report professionally on issues concerning women’s rights and justice.

Women are under-represented in the Congolese media and the sector remains largely male-dominated. IWPR’s support for female journalists has been cited by local activists as an important step towards redressing this balance and making sure that women also have a voice in the country.

“All women are marginalised, even the educated ones,” said Immaculée Birhaheka, a leading Congolese human rights activist and president of the organisation Promotion and Support of Women’s Initiatives, PAIF. “We must obtain equality in our chances and opportunities - that is why I applaud IWPR’s initiative.”

The results of IWPR’s efforts are already noticeable – for example, several journalists who were restricted to news reading by their radio stations have now taken on full reporting roles.

“We thank IWPR for its dedication to developing our female reporters, they are an invaluable addition to our team, now that they feel more confident and know their job well,” said Pasteur Mabutwa, the director of RAOfm, one of IWPR radio partners.

Training female journalists in eastern DRC is also important in order to raise local and international awareness of sexual violence in the region. Female journalists are much more likely than their male counterparts to win the trust of victims, and so increase coverage of the issue.

“As women we can have a better approach to reporting on sexual violence than our male colleagues,” said IWPR trainee Godelieve Uwimana. “They don’t understand and often have prejudices. But it is difficult for us, as women, to get our voice heard in the Congolese media.”

Working exclusively with female Congolese journalists from the Kivu, Face à la Justice is the core of IWPR’s eastern DRC programme. Radio is the only medium that can reach people living in remote areas and this programme promotes values of justice and democracy and highlights issues faced by women in the DRC, such as sexual violence.

“This project not only gives an opportunity to female journalists to improve their skills and become professional journalists in their own right, but also brings valuable knowledge to a population often ignorant of its rights,” said Charles Ntirycia, Face à la Justice local producer.

They were taught basic radio and human rights reporting skills, with an emphasis on issues such as sexual violence.

The trainees have since then contributed feature stories to Face à la Justice - RDC which is broadcast in French and Swahili by seven IWPR radio station partners in North and South Kivu, and has been enthusiastically received amongst its listeners.

A recent episode, touching upon the issue of inheritance for women, was acclaimed by local leaders and feedback from listeners indicated that it had helped to change attitudes in the region.

“Re-launching Face à la Justice in Goma was a real challenge,” said Mélanie Gouby, Face à la Justice producer and media production coordinator. “We had to start from scratch. But the dedication of the new team and the reporters has made it possible and we are all learning a lot from this experience.”

One-on-one mentoring, following the training sessions, has also helped the real and rapid improvement of the journalists’ skills.

“Trainings are important to set the ground rules, but it is really with practice that a journalist learns his or her trade,” Gouby said. “For every show, I go over each report with the journalist who produced it and we improve it together if needed.”

This is why Congolese trainees are also offered the opportunity to travel to The Hague in the Netherlands to cover proceedings at the International Criminal Court, ICC, during a month-long internship at the IWPR office.

Passy Mubalama, a print and radio journalist from Goma, was one of two trainees who spent a month in The Hague at the beginning of 2011.

While in The Hague, Mubalama had the chance to follow the trial of DRC former vice-president Jean-Pierre Bemba, who is accused of failing to discipline his troops as they looted and pillaged in the Central African Republic, CAR.

She enjoyed working closely with the IWPR journalists in The Hague and experiencing first-hand what it was like to cover the ICC.

A Postcard feature that she wrote for IWPR The ICC Up Close was particularly insightful and gave a good indication of how her trip to The Hague had helped improve her understanding of the ICC.

“I met and exchanged experiences with many interesting people. This not only added to my knowledge of certain issues concerning the ICC, but also my ideas about journalism,” Mubalama said.

Building on the success of Face à la Justice, IWPR’s DRC programme will expand its activities to mobile phone reporting over the coming year, in partnership with Voices of Africa.

Ten reporters will be trained in May 2011 to shoot and edit videos with their mobile phones, allowing them to produce visual content spontaneously and at minimal cost.

“Everyone carries a mobile phone at all times,” Gouby said. “It means reporters can shoot video anywhere, any time. But most importantly mobile phones are discreet devices. People do not feel threatened as they sometime do in front of a TV camera - they talk more freely. Also, it is easy to hide if necessary, something not unimportant in the eastern DRC.

“Producing videos for the web will add a new dimension to the stories we are telling and it is important for the journalists to be up-to-date with modern ways of reporting.”

IWPR also carried out training sessions for print journalists in August 2010 and a follow-up session will be held in June 2011.

And these skills in print, radio and video journalism will be brought together to offer in-depth multimedia coverage of the human rights situation in eastern DRC to feature on a new website to be launched in spring 2011.