Expert event explores the impact on regional development and democracy.

Expert event explores the impact on regional development and democracy. 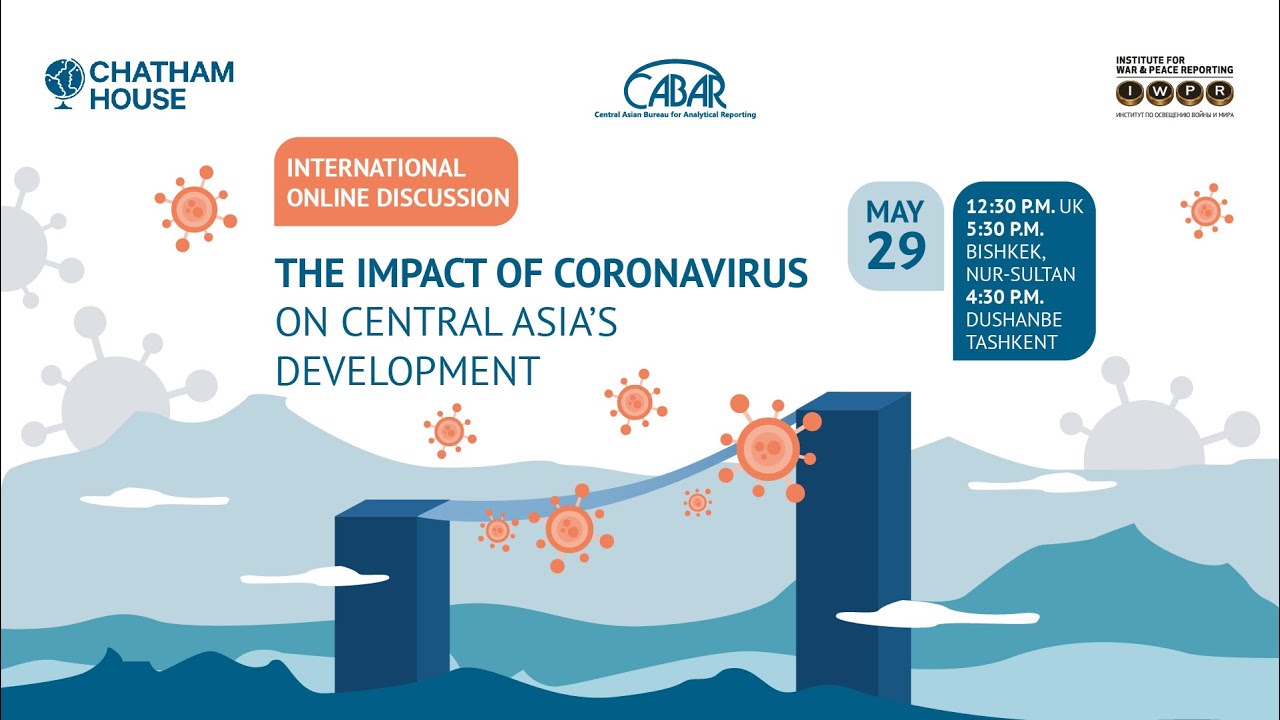 Central Asia: Could Covid-19 Fuel Autocracy?
The link has been copied

The Covid-19 pandemic may lead to increasingly authoritarian politics across Central Asia, according to a joint online discussion organised by IWPR and Chatham House.

The panel of experts and academics from Europe, Central Asia and the US also emphasised that the economic impact was likely to increase regional dependence on China.

The May 29 event focused on the impact of coronavirus on Central Asia’s development and was chaired by James Nixey, the director of the Russia and Eurasia programme at Chatham House.

Marlene Laurelle, director of the Institute for European, Russian and Eurasian Studies at the Elliott School of International Affairs at George Washington University, warned that economies were already being hit hard.

She noted that thousands of migrants were stuck in Russia, with remittances sent back home falling. As elsewhere in the world, the crisis had the greatest impact on the weak and poor, with food security in Kyrgyzstan and Tajikistan of particular concern.

She also noted the issue of accountability, especially in relation to humanitarian aid.

“The European Union, the USA, WHO and several other international organisations send a lot of money and equipment to the region and the question is how is the distribution going on?” Laruelle asked. “These countries are characterised as being [full of] high corruption and traditional state budget smuggling. So, the crisis is reinforcing the features we already know and it is very difficult to function and send assistance to countries where the level of smuggling in the state budget is so high.”

As for cooperation, she continued, “The regional integration is good, but when everything is bad, managing its own crisis, every state goes back to their own national borders.”

The session then turned to focus on the pandemic’s effect on internal political issues.

Erica Marat is an assistant professor and director of the Homeland Defense Fellowship Program at the College of International Security Affairs of the National Defense University in Washington DC.

She warned that the crisis and economic downturn may intensify the already autocratic realities of Central Asia, noting that that Kazakstan, Kyrgyzstan and Tajikistan were all facing political uncertainty, whether over the identity of the future leader or ahead of upcoming elections.

In Kyrgyzstan, for instance, the most democratic country in the region, parliament was currently considering passing a law that would effectively limit the work of NGOs.

“The governments may use the current situation to enhance political power over both the population and political opponents, especially in countries experiencing some elements of transformation or transition,” she concluded.

Shairbek Juraev, co-founder and director at Crossroads Central Asia, agreed that this was a worrying trend.

“Democracy has become an unpopular and exotic term in Central Asia over the past several years… and Covid-19 has been weakening it even further,” he said.

Juraev, who is also a research fellow and PhD candidate in the School of International Relations at the University of St Andrews, also said that the economic effect would bring further trauma.

He noted that Tajikistan and Kyrgyzstan were both heavily import-dependent countries and had been in the top five countries of the world in terms of dependence on remittances for the past decade. This meant they would be hit particularly hard, not least because they were also heavily indebted countries, with half their debt owned by China.

Iskander Akylbayev, executive director of the Kazakstan Council on International Relations emphasised that China was using soft power, notably in its so-called mask diplomacy as part of which it had sent medical supplies to 120 countries.

He highlighted China’s plans for what he described as a “Health Silk Road” in which it cooperated with Central Asian states in the health and medical spheres as part of its ongoing Belt and Road infrastructure initiative.

Akylbayev said that Covid-19 would only add fuel the long-term global competition between China and the US.

“The global pandemic pushes us to learn and adjust to the new reality,” he concluded. “Solving this issue is going to take time.”

Coronavirus Pandemic, Giving Voice, Driving Change - from the Borderland to the Steppes
Central Asia
Coronavirus, Democracy, Economy
Connect with us