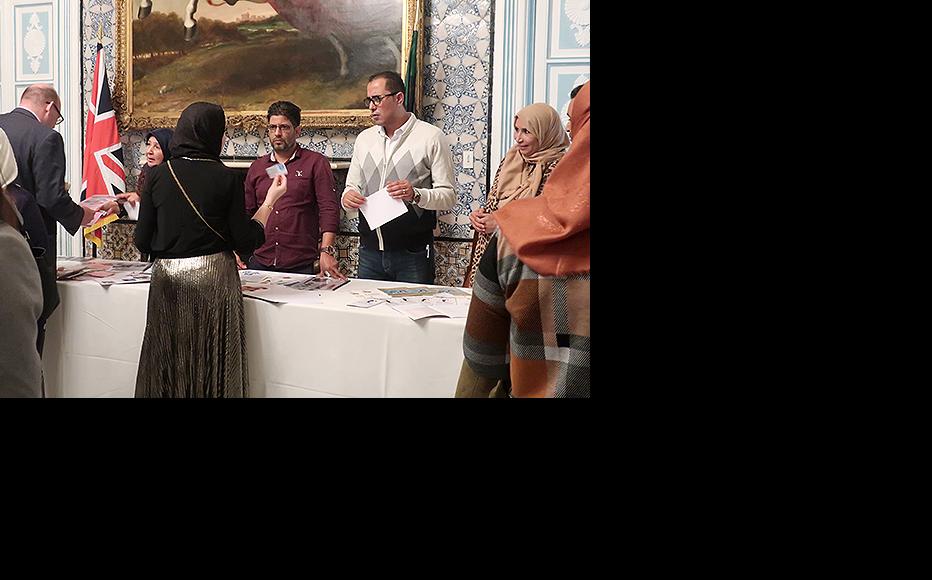 IWPR's civil society partners meet with members of the international community during the event hosted by the UK Embassy to Libya. (Photo: Abby Tillman/IWPR) 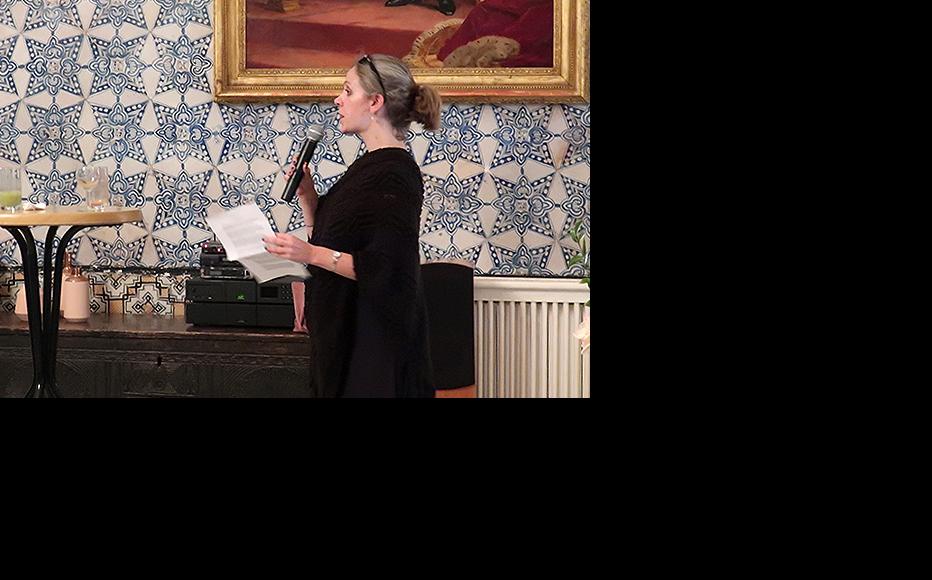 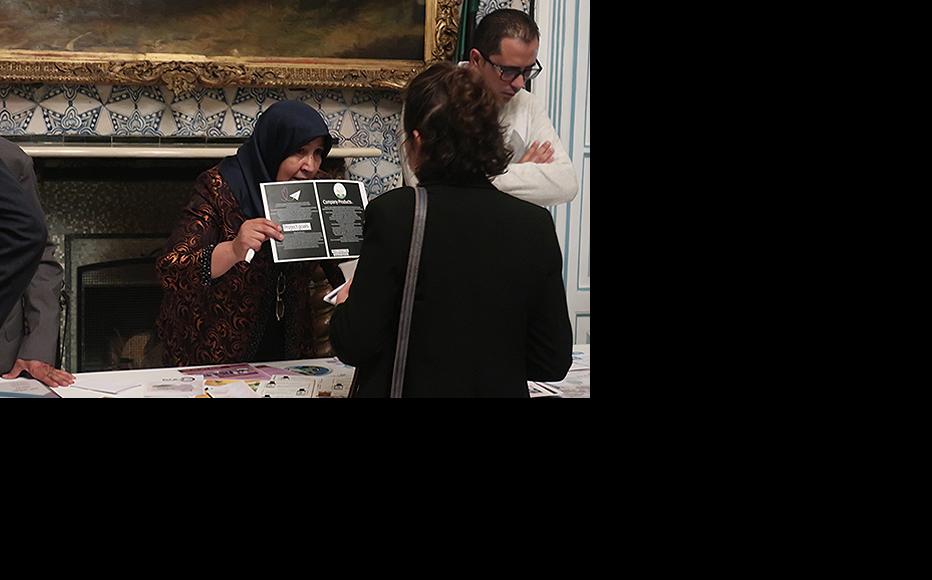 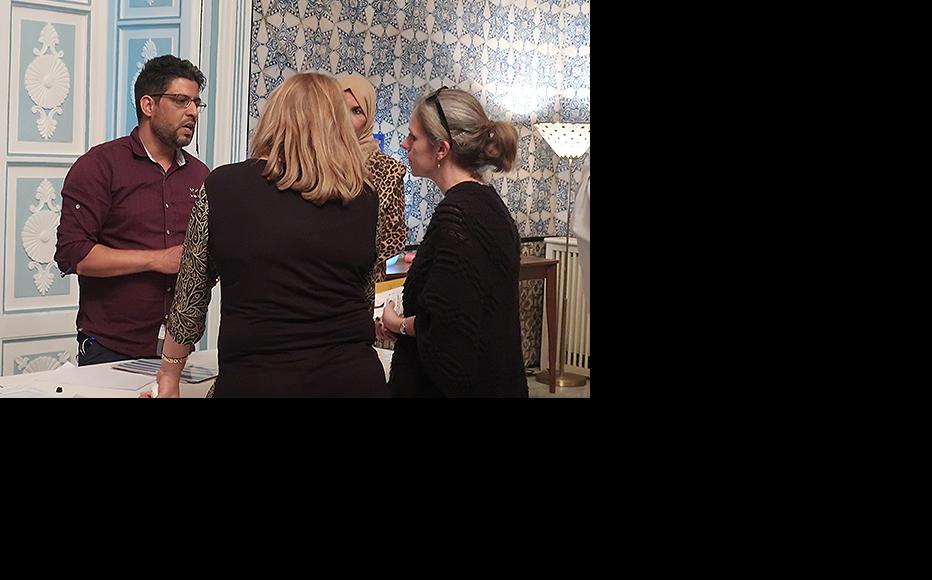 IWPR's civil society partners meet Fleur Willson, deputy ambassador of the British Embassy Tripoli, to give an overview of their ongoing women's empowerment projects in Libya. (Photo: Abby Tillman/IWPR)
The link has been copied

The British government hosted seven Libyan partners working on IWPR’s UK-funded Antea Raeda (You Are A Pioneer) project at a reception to celebrate the month-long equality project #GenderNovember.

Through Ante Raeda, IWPR is equipping women’s civil society groups to improve gender equality in Libya through organisational strengthening and effective policy advocacy. Over the past two years, IWPR’s partners have developed a wide range of programming in their communities throughout Libya.

“Through Ante Raeda IWPR, and more importantly our Libyan partners have been able to develop initiatives in their communities throughout the country that have elevated women and girls through a variety of activities and campaigns, while also creating allies among the men in those communities,” said Seth Meixner, IWPR’s regional director for the Middle East and North Africa.

Seven partner organisation members from across Libya traveled to Tunis on November 4 for the reception, hosted by the British Embassy to Libya. They had the opportunity to showcase their work and discuss its impact on gender equality with representatives from the UK, US, Canadian, German, Finnish, and Austrian embassies along with international implementers.

“These locally conceived and run initiatives address a broad spectrum of needs identified by IWPR’s partners, including more robust women’s political or civic participation, greater access to education and legal resources, economic independence, and physical or mental wellness,” Meixner told the gathering of about 70 diplomats, national and international partners and NGO representatives.

“By working together, we hope to be able to transform the lives of women and girls in Libya,” said Fleur Willson, the deputy head of the UK mission to Libya.

“We hope that this campaign will renew impetus amongst the international community and in Libya, to coordinate international gender interventions, and encouraged Libyans to take ownership of the gender agenda,” she continued. “The UK’s support – both diplomatic and financial – will continue to push to guarantee women opportunities in the political and economic spheres, looking to secure their inclusion and participation in all levels of society.”