Building a Consensus for Tolerance in the Middle East

Women’s groups from seven countries agree to work together and share expertise.

Women on the Frontline

Building a Consensus for Tolerance in the Middle East

Women’s groups from seven countries agree to work together and share expertise. 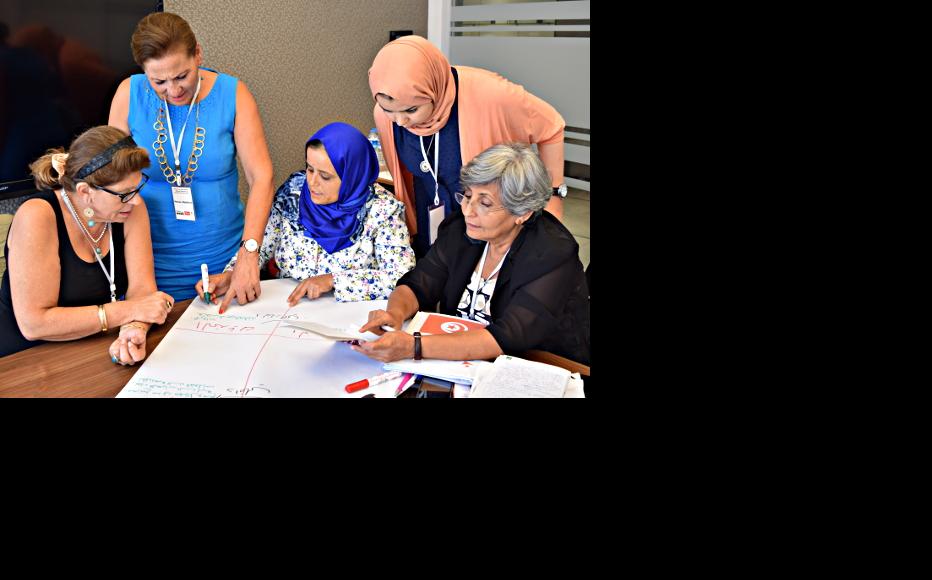 Participants in the Woman on the Frontline event. (Photo: IWPR)
The link has been copied

Women on the Frontline

Images of refugees desperate to reach Europe come to us daily on our TV screens, newspaper pages and Twitter and Facebook feeds. We see images of desperation and tragic death when the journey to safety and new beginnings is cut short by the waters of the Mediterranean, or in a truck abandoned on an Austrian motorway.

While European politicians debate whether we should call these people “migrants” or “refugees” and try to decide who is worthy to call Europe their home, far less media attention is given to the situation in the countries these refugees come from.

That is unfortunate, not least because away from the cameras there are brave activists who, at risk to their own lives, are working tirelessly on finding ways out of violence and striving for peace, security and justice. These brave women and men work to address the root causes of the refugee crisis and they deserve our attention and support.

In an effort to gather this much-needed support, 20 of these activists from Syria, Iraq, Libya, Yemen, Egypt, Bahrain and Tunisia came together in Istanbul in early September to discuss how they can become more effective by coordinating advocacy efforts and sharing their experiences and expertise.

They were invited by Women on the Frontline, a programme that supports women’s organisations in the Middle East and North Africa. Women on the Frontline is a three-year initiative funded by the Dutch Ministry of Foreign Affairs, led by Hivos and implemented jointly by OxfamNovib, PwC and the Institute for War & Peace Reporting. It aims to work towards the full and equal participation of women in transforming societies in the region, by strengthening women’s organisations in Syria, Iraq, Libya, Yemen, Egypt, Bahrain and Tunisia.

The three-day meeting resulted in a shared commitment to work together and join forces to combat violence against women, counter extremism, encourage a culture of tolerance and moderation, and increase female political participation.

United by shared values and beliefs, these women’s organisations hope that by working together and pooling their expertise, they will be in a stronger position to bring lasting change to the region.