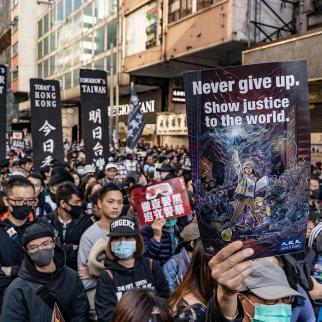 Pro-democracy protesters march on a street as they take part in a demonstration on December 8, 2019 in Hong Kong, China. © Anthony Kwan/Getty Images

The New Language of Revolution

The media must learn to interpret the evolving digital dialectic of global unrest. 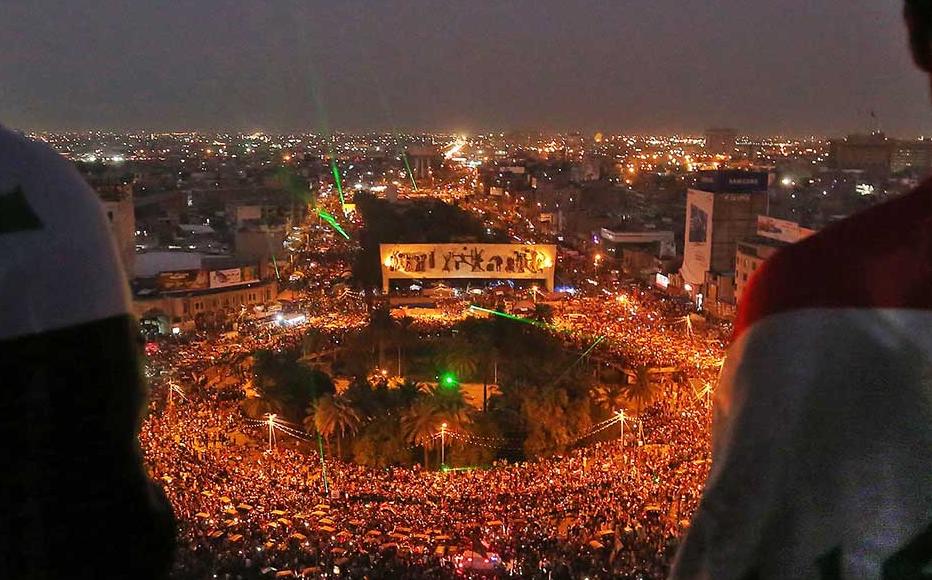 Iraqi protesters gather at Tahrir square during ongoing anti-government demonstrations in the capital Baghdad on October 31, 2019. © Ahmad Al-Rubaye/AFP via Getty Images
The link has been copied

Whilst almost every aspect of life in Iraq seems to be regressing more than 16 years after the fall of Saddam Hussein’s dictatorial regime, youth resilience is the only thing on the rise.

Hundreds of thousands of young protestors from Baghdad and the cities of southern Iraq - most of them born after the fall of Saddam – have been left with no education, no jobs and no decent future prospects. Since October 1, 2019, they have taken to the streets en masse in the hope of positive change.

Their protests began with demands for basic services and jobs. As the brutal crackdown against them escalated, the young people began to demand the fall of the government and an entire system that does not serve them. They want accountability, transparency and human rights.

Their grassroots, spontaneous and peaceful movement has been met with excessive and often lethal power from both the government and the Iranian-backed militias embedded within the system. There have been great losses among the ranks of the young protestors, with more than 260 confirmed fatalities and 10,000 wounded.

But amazingly, the energy of these protestors is unstoppable. Like mercury, the movement can’t be trapped or blocked and keeps on finding a way through every obstacle.

So when “unknown snipers” targeted demonstrators – they stayed on the streets. Then state agencies blocked the internet entirely, and that did not work either.

When government officials circulated fake news about the demonstrators being spies in the pay of foreign agencies and embassies, the young people refused to be intimidated. Public support for their struggle only grew.

Today, despite the violence and intimidation, the demonstrations have become akin to permanent parties. There are pockets everywhere amid the protests of dancers, musicians, graffiti artists, drama workshops.  All demanding change and dignity back.

A video of a child (see below) who seems to be barely 15 years old, standing alone holding a flag as an entire squad shoots all kinds of missiles at him, tells the story perfectly.

It speaks of a system that uses an outdated language, and the story of youth deprived of many of its rights. But at the heart of it remains a determination that change must happen, and state stakeholders must listen.

And most importantly, for the first time, these young people have left their sectarian and religious divisions and entrenchment behind. They came together because they believe so strongly in their shared challenges and vision, which unites them regardless of whether they are Arab or Kurd, Muslim or Christian.

Right now, this is becoming a global phenomenon. The same youthful energy is erupting in Lebanon, in Chile, in Hong Kong. These protestors are learning from each other, too, how to remain resilient in the face of huge intimidation.

This could be a fantastic opportunity for the Iraqi government, and for governments everywhere, to tap into this immense energy as a force for positive change and progress.

It could be to their great advantage. Instead, their response has been overwhelmingly brutal. I fear that this once-in-a-lifetime opportunity to make a real difference to the country – a country that the protestors are united in love for - is being squandered.