Presidential referendum offers hope of change, even though there’s only one candidate.

Presidential referendum offers hope of change, even though there’s only one candidate. 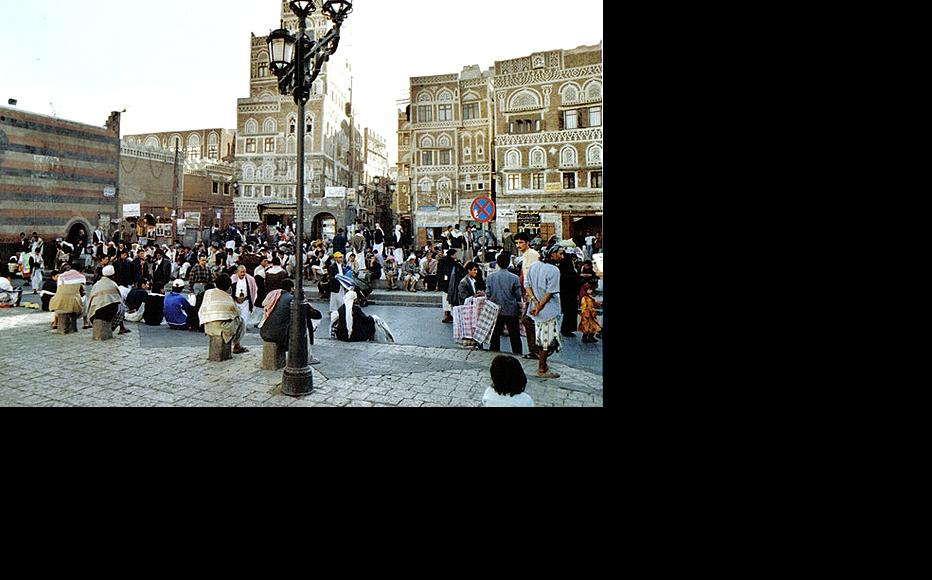 There may be only one candidate on the ballot, but voters in the Yemeni capital Sanaa turned out in unexpectedly large numbers on February 21 to mark a formal end to the 33-year-rule of President Ali Abdullah Saleh.

A rare wave of optimism swept the capital after polling stations opened at eight in the morning, with children setting off fireworks, people queuing around the block and female voters turning out in large numbers.

“The atmosphere is just like any kind of holiday,” Alaa Jarban, a 22-year-old activist and a student at Sanaa University, told IWPR. “People are celebrating, they’re smiling. I’ve lived in Sanaa for 22 years and I’ve never seen people happier.”

The sole candidate on offer is Vice-President Abd Rabbuh Mansur al-Hadi, replacing Saleh, who agreed to cede power in a November deal that offered him immunity from prosecution following an uprising that started in January 2011.

Hadi will remain in power for the next two years, before a further round of presidential and parliamentary elections.

Many activists told IWPR that while the single-candidate election was a huge compromise democratically, they were happy to vote for continued peaceful transition and for an end to Saleh’s reign.

“Electing [Hadi] means not choosing Saleh, and moving on towards the next step,” said Sarah Ahmed, a 24-year-old activist. “These parliamentary elections [in 2014] mean everything to us because they are the way to change the system.”

“I think it’s a win-win situation for Yemen.... We believe we’re setting a model for all countries going through turmoil and upheaval in the region,” he said.

The police academy in Sanaa allowed activists to set up election monitoring stations in its halls, and officials view the poll as a dry run for the 2014 elections, he said.

More than half Yemen’s 24 million population is eligible to vote, though more are expected to come to the polls in Sanaa than elsewhere.

Husam al-Sharjabi, a 37-year-old protestor who recently co-founded the Watan opposition party, said turnout in the capital was “excellent”.

Monitors initially planned to conduct 500 exit poll interviews by the end of the day in northern Sanaa, but within four-and-a-half hours of the polls opening, they had completed twice that number.

“I’m very excited, very happy and very optimistic. What we’ve done in the last year has produced fruit,” Sharjabi said. “Our first demands were that Mr Saleh steps down, and that is happening.”

The mood was further boosted when the electricity came back on two days before the vote, Ahmed said. For the last eight months, residents only had power for one or two hours a day.

Elsewhere in the country, the vote went less smoothly, with the BBC reporting violence in the south. Many southerners accuse central government of discriminating against them and usurping their resources, and have said they will boycott the poll on the grounds that it legitimises a process from which they feel excluded.

South and North Yemen fought each other until unification in 1990.

On election day, gunmen killed four soldiers in an attack on a polling station in Hadramaut province, and two soldiers were killed in the Hawta district, the BBC reported.

There was also violence in the main southern city Aden. Reuters said the streets of Aden were nearly deserted, and Jarban said many of his friends had left the port city for fear of violence.

Roads between several cities were completely blocked off before the election by men boycotting the vote, according to Mohammed Jassar, editor of the Ray newspaper.

Despite optimism in Sanaa, no one doubts that Yemen, the poorest country in the Arabian Peninsula, faces enormous problems.

The new president will be well aware that Yemen is verging on becoming a failed state, and ahead of the vote, he warned that national rifts needed to be healed to avoid the country becoming “as fragmented, splintered and destroyed as Somalia”, Reuters reported.

In a population of 24 million, half a million children suffer from severe malnutrition and 42 per cent live on less than two US dollars a day.

There is a secessionist movement in the south, where al-Qaeda has reportedly made advances, and armed revolt continues in the north, where United States ambassador Gerald Feierstein accused Iran on February 20 of fomenting unrest among Shia rebels.

Ahmed al-Yousefi, a volunteer with the Yemen Bright Future Organisation in the UK, which organises protests and lobbies western officials, said Hadi should look into why the south wanted to separate.

“We expect the new president to look after the southern cities,” he said.

Although the outgaining president is in the US undergoing treatment for burns he suffered in a June 2011 assassination attempt, some fear they have not seen the back of him.

Saleh’s family remains deeply entrenched within the power structure, with his son and nephews still holding senior roles in the military and intelligence services.

“Hopefully he’ll think about Yemen rather than himself and his family over the next two years,” Yousefi said. “I believe the best thing he can do is keep his hands off Yemen.”

William Shaw is an IWPR editor in London.