Who's Heard of Hissène Habré?

Former leader of Chad has escaped prosecution for years, but wheels of justice are now slowly turning.

Who's Heard of Hissène Habré?

Former leader of Chad has escaped prosecution for years, but wheels of justice are now slowly turning. 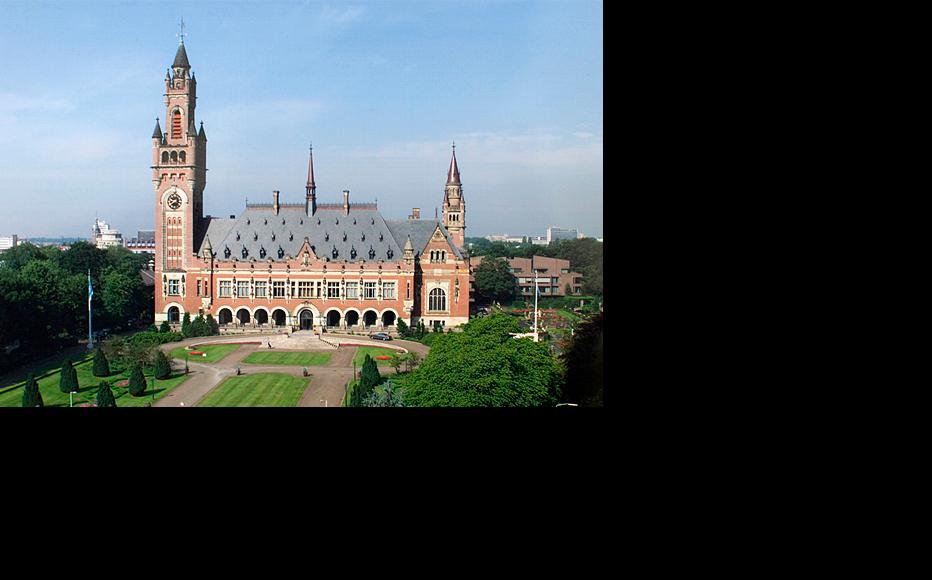 International Court of Justice in The Hague. (Photo: ICJ/Wikicommons)
The link has been copied

Just around the corner from IWPR's office in The Hague is the International Court of Justice, ICJ. The court does not get a lot of press – it takes forever to accept a case, hear the arguments and make a decision, and it concerns itself with “boring” disputes between states on matters like borders.

But in fact this is the highest international court, often called the “World Court”. And this week, judges here in The Hague will be hearing a case that involves horrendous tales of torture, crimes against humanity, and tens of thousands of victims.

The court is housed in the Peace Palace, a beautiful building set in formal gardens, all very grand.

In a wood-paneled room in front of robed judges, two sides will dispute what should happen to the former president of Chad, Hissène Habré, now resident in Senegal.

The dispute turns on Senegal’s obligation either to prosecute Habré itself or to extradite him to Belgium to face charges of crimes against humanity.

There will be no cut and thrust, no examination and cross-examination of witnesses. The judges will sit and listen to two rounds of arguments conducted over a ten-day period. The discussions will in the main be dry and technical in nature, a world away from the reality of what happened 30 years ago in Chad.

However, representatives of victims will be there in the courtroom listening to the proceedings.

One is Souleymane Guengueng, who all but lost his sight after being incarcerated in complete darkness alternating with intense light, and who thought his family would never see him again after his arrest in 1988. Another is Jacqueline Modeina, a lawyer who walks with crutches after the Chadian secret police tried to assassinate her, and who received the alternative Nobel prize last year for her efforts to secure prosecution of those responsible for human rights violations.

Habré stands accused of killing and torturing thousands of his own people during his eight years as the head of a one-party state with a feared and powerful secret police force.

He fled Chad in 1990 in the face of a rebel offensive, and settled in Senegal, where Chadian activists say he used the contents of the treasury that he brought with him to ensure he could live undisturbed in Dakar.

The victims refused to be forgotten, and tried to get Habré prosecuted in Senegal for crimes against humanity. After years of tortuous arguments about whether he should go on trial and what this would cost, the Senegalese authorities finally decided against. But victims had also asked for a prosecution in Belgium, where a universal jurisdiction law made this possible.

Faced with a Belgian extradition request, the Senegalese government said on four occasions that it could not comply because the documentation was in some way incomplete.

Four years ago, the Belgian authorities filed the case now before the ICJ, stating that the Senegalese state had failed to live up to its obligations to punish crimes under international law, and arguing that it should either prosecute Habré itself or extradite him to Belgium.

The proceedings at the ICJ thus do not amount to a trial of Habré, as the action taken is against Senegal. But Reed Brody, the Human Rights Watch activist who has helped shepherd this process, argues that the very fact that the case will be brought into a courtroom and the issues aired in front of a group of international judges is “already a great victory”.

The African Union has also been involved in the discussions around Habré’s fate. Members of the bloc have complained that the International Criminal Court, also in The Hague, has only brought prosecutions in Africa. But if the argument is that justice should be delivered by African courts in such cases, the ICJ proceedings may put pressure on the AU to demand that Senegal get on with a prosecution.

The case could focus minds on the apparent reluctance of an African Union member state to take action against someone accused of crimes against humanity.

For the victims’ representatives, the goal has shifted to securing Habré’s extradition rather than a Senegalese prosecution. Belgian investigators spent four years in Chad putting a case together, and the representatives say it would not be realistic to start the process all over again.

Meanwhile, of the few hundred victims of abuse under Habré’s rule whose details form the basis for the case, 11 died last year, still waiting for justice.

Every time I teach journalists about the various forms that post-conflict justice can take, I make a point of mentioning the Habré case.

The issues – massive numbers of victims, torture, an exiled former dictator, extradition, universal jurisdiction, interference by regional players – seem to strike a chord with most journalists. They can see a story in what South Africa’s Archbishop Desmond Tutu has called an “interminable political and legal soap opera”.

Remember another universal jurisdiction case, when former Chilean leader Augusto Pinochet faced possible extradition from Britain? That seemed to dominate the headlines for weeks and months.

So I am surprised to see how little coverage this case gets. I suppose it has something to do with the sheer length of time the process is taking – we journalists sometimes prefer things a bit more immediate. Or maybe it’s the complexity, with so many countries and so many different laws involved.

I hope the lack of coverage is not because people are somehow embarrassed by the idea of extraditing a former African leader to Europe to stand trial, because in the end, what is at issue here is impunity.

Yes, it matters where Habré is tried. But it matters more to the victims that he should be tried at all; preferably before many more of them die.

Janet H. Anderson is an IWPR trainer based in The Hague.

The views expressed in this article are not necessarily the views of IWPR.