What Lies Behind Arrest of Tajik Journalist?

Relatives and colleagues say that charges of inciting ethnic and religious hatred are baseless.

What Lies Behind Arrest of Tajik Journalist?

Relatives and colleagues say that charges of inciting ethnic and religious hatred are baseless. 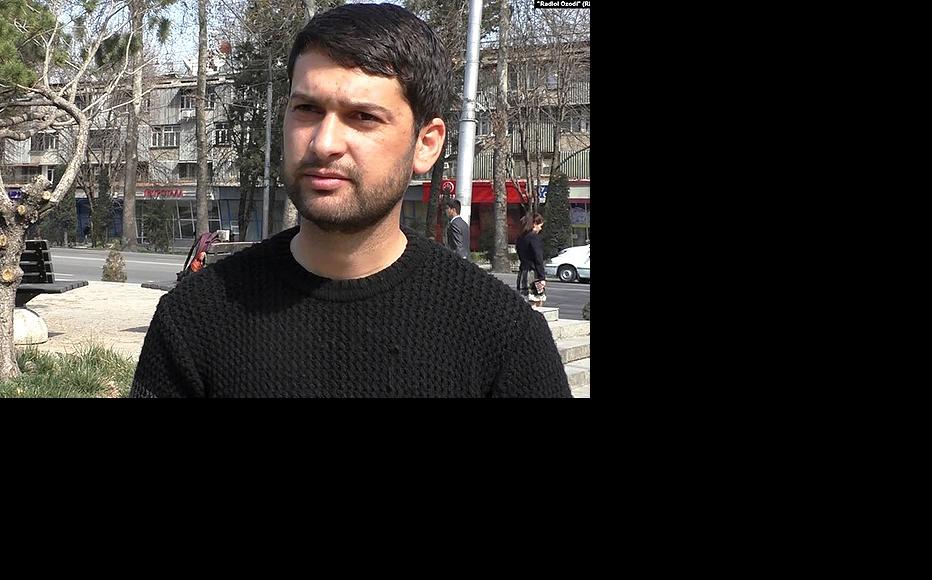 According to relatives, Sharifov received a phone call at 11 am that day at his home in Vahdat, ten kilometers east of Dushanbe, he asking him to visit the State Committee for National Security in the capital for a “conversation”. He did not return home.

Saida Kurbonova, Sharifov’s wife, told Radio Ozodi that her husband had previously received an official summons to come to Dushanbe for questioning. However, this time the call was unofficial and her husband was not told why he had been called in for questioning.

On January 30, Sharifov was detained for a further two months by the court of Ismoili Somoni district in Dushanbe. His father Abdumannon told CABAR.asia that a criminal case was opened against his son under Article 189, Part 1 of the Criminal Code of the Republic of Tajikistan.

Human rights activists have previously claimed that this article is ambiguous and serves to provide an opportunity for officials to prosecute government critics. It allows for a sentence of up to five years for those whose actions are found to incite “national, racial, local or religious strife, or hate, humiliation of national dignity” publicly or via the mass media.

State Committee for National Security representatives who accompanied Sharifov to the court refused to speak with journalists and did not allow photographs to be taken. Sharifov’s lawyers also said that they could not provide details of the case as they had signed a non-disclosure agreement.

Unofficial reports alleged that the journalist had been arrested over a book he published last year called Mohammed and Terrorism. The book had included quotes from the works of Egyptian theologian Yusuf al-Qaradawi and Sayyid Qutb, the founder of the Muslim Brotherhood, an organisation banned in Tajikistan.

The first official comment regarding the case only appeared on February 1, when the  Khovar National Information Agency published a statement from the prosecutor general’s office of accusing Sharifov of publishing “more than 200 articles and notes of extremist content and nature aimed at inciting religious intolerance and promoting the superiority of one part of citizens in relation to others in terms of religious affiliation” between 2013 and 2019.

“In particular, in June 2019, Sharipov illegally published a dissertation with a circulation of 100 copies in an underground printing house,” the statement read. “According to the conclusion of the religious experts, the dissertation was developed in the context of the Ikhwan-al-Muslimin movement, also known as the Muslim Brotherhood, which is recognised as a terrorist organisation in many of the world’s countries.

“The dissertation is aimed at persuading young people to the ideology of jihad and also encourages them to commit terrorist and extremist acts.”

Tajik scientist Mehmonshoh Sharifzoda, who wrote the introduction to Sharipov’s book, told Radio Ozodi that it “quotes already published or previously spoken words of famous writers of East and West about the identity of the Prophet of Islam, and nothing more”.

There have been no previous prosecutions in Tajikistan for citing the literary work of others, and Sharipov’s lawyer noted that al-Qaradawi and Qutb’s books were not included in the ministry of internal affair’s list of banned literature.

The National Association of Independent Mass Media of Tajikistan (NANSMIT) said that the law enforcement agencies had behaved in an unacceptable way.

“We call on the authorities to comply with the supremacy of the law when considering the case of Daler Sharifov,” NANSMIT chairman Nuriddin Karshiboev said. “The detention of Daler Sharifov will certainly adversely affect the state of freedom of speech and pluralism of opinions in Tajikistan, since this event will lead to an increase in self-censorship among journalists and civil society activists.”

NANSMIT was the only media organisation to comment publicly on the case. The head of the Tajik Media Council, Bakhtiyor Hamdamov, told CABAR.asia that he would discuss the situation with members of his organisation before expressing an opinion.

Some representatives of the country’s civil society also expressed concerns about the arrest.

Prominent Tajik human rights activist Oynihol Bobonazarova, the head of the Perspective+ organisation, said that by law the authorities should allow any detainee a phone call to their next of kin and immediately provided with a lawyer.

Bobonazarova said that she knew Sharifov and he posed no danger to the public, adding that she did not “believe at all he had extremist views”.

“The trial [at which Sharifov’s arrest was decided] was closed and the journalists were not allowed to enter,” she continued. “Why didn't they let journalists attend the court hearing?

If he was guilty, then the court would have to be open, s that journalists could participate.”

According to international organisations, pressure on media in Tajikistan has intensified in recent years. Tactics used to intimidate journalists include invitations for so-called conversations with officials, and refusal of accreditation as well as threats of criminal charges.

In 2018, Khayrullo Mirsaidov was sentenced to 12 years imprisonment after alleging that officials had extorted money and abused their powers. Mirsaidov was later granted amnesty and subsequently moved to Europe. Notably, the charges brought against him also included Article 189.

Mirsaidov posted a video message on Facebook claiming that he owed his freedom to the wide public attention into his case.

“Then, the global community supported me; thanks to them, today I am free and continue my journalistic activities,” Mirsaidov said, adding that he considered it his duty to help other colleagues. “Daler Sharifov and his family need this indispensable support now.”

Leading Tajik journalist Rajab Mirzo said he believed that there was a certain degree of tolerance and pluralism of opinions in Tajikistan.

But he warned that the charges detailed in Article 189 could be brought against “any independent-minded member of Tajik society”.

Giving Voice, Driving Change - from the Borderland to the Steppes
Tajikistan
Detentions, Journalism, Civil society
Connect with us