Thousands of incomers feel they are returning to their historic homeland.

Thousands of incomers feel they are returning to their historic homeland. 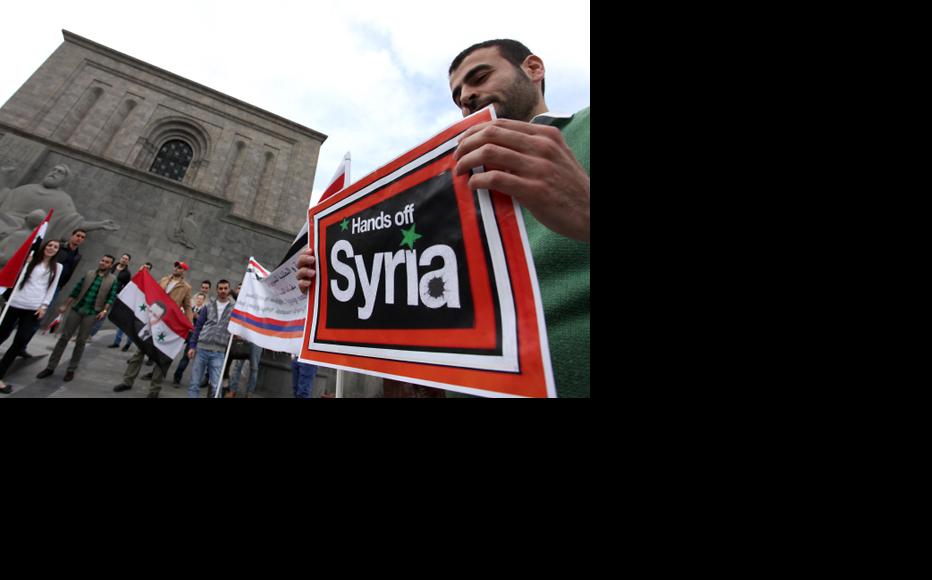 A Yerevan rally in support of peace in Syria. (Photo: Photolore Agency) 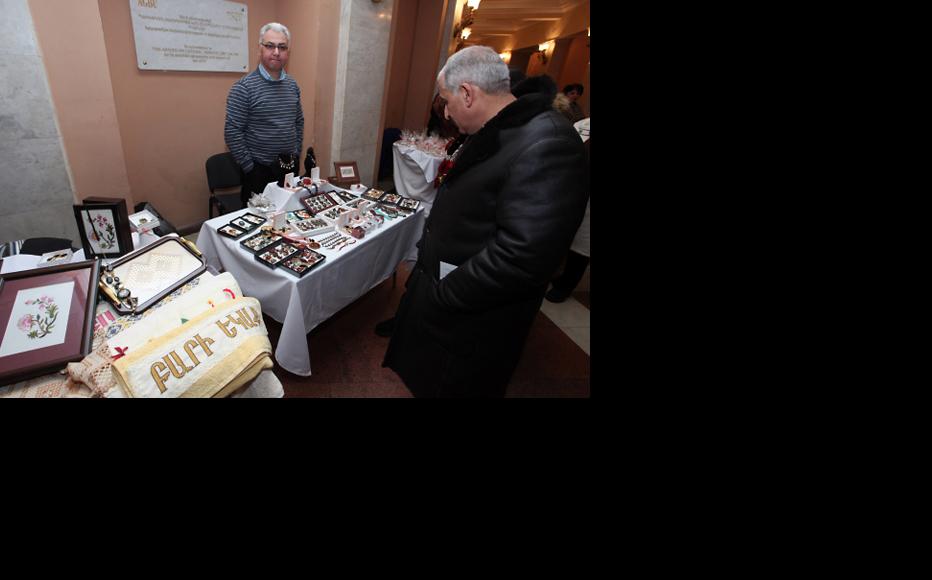 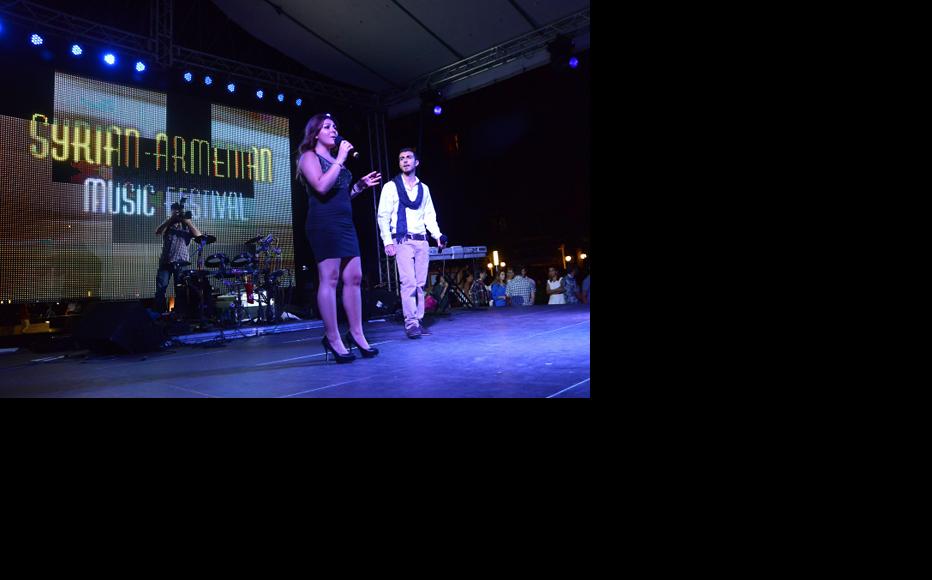 The Syrian Armenian community has been welcomed with cultural events. (Photo: Photolore Agency) 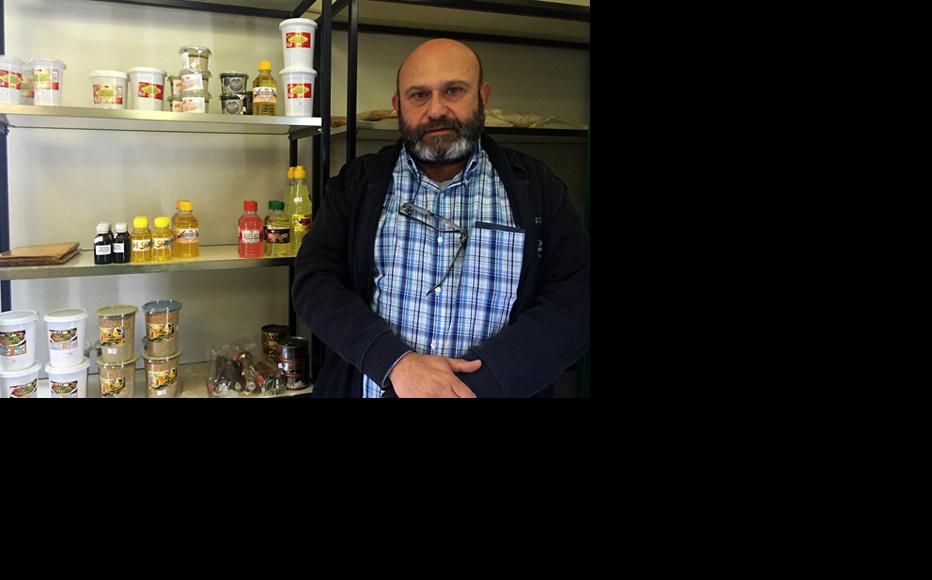 Syrian Armenian Vatche Anjaoghlian has a small business making tehina and other middle eastern products. (Photo: G. Mkrtchyan)
The link has been copied

Amid the refugee crisis sparked by the Syrian civil war, the fate of some 17,000 Armenians from Syria who have sought sanctuary in Armenia stands out as a rare example of integration.

Welcomed by ordinary people and supported by the Yerevan government, many have gone on to find entrepreneurial success in Armenia´s struggling economy.

While other nationalities from Syria have also fled to Armenia, they mostly aim to reach a third country.  This is not the case for the Syrian Armenians.

Secondly, like the vast majority of the population in Armenia, Syrian-Armenians are also followers of the Armenian Apostolic Church with the same cultural traditions.

Before the conflict, the Syrian Armenian community numbered around 80,000 and was fairly well integrated.  Many sided with the government of President Bashar Assad after the war broke out.

Concentrated in the city of Aleppo and the capital Damascus, the presence of Armenian cultural centres, schools and churches helped the community preserve its identity, Christian religion and language.

In turn, this has made it easier for them to adjust to their new lives in what most view as their ancestral homeland.

Firdus Zakaryan, chief of staff of the ministry of diaspora, said that about 500  Armenians from Syria had set up their own businesses.

“At first, it was difficult for them to get settled.  They were hoping to go back,” Zakaryan explained.  But the continuing war has left them with little choice.

The Syrian Armenians have focused on areas such as food, handicrafts and textiles.

A small market called Aleppo now flourishes in central Yerevan, with more than a dozen stalls run by Syrian newcomers.

Aida Santourian, a mother of three girls who moved to Armenia with her family in 2012, was a teacher in Syria. In Armenia, she began working in the field of embroidery, having learnt the craft from her grandmother who fled to Syria from the Ottoman Empire 100 years ago.

“Here [in Yerevan], embroidery was not widespread and considered unfashionable, but I dared to enter the market.  In the past two years, embroidery has begun to be appreciated,” said the 46-year-old.  “I embroider shoes, bags, jewelry and hats.”

Armenian restaurants and cafes have also sprung up across the capital.

Local residents already know where to go for Middle Eastern cuisine and where to buy the tastiest lahmajoon, a richly spiced, very thin flatbread topped with minced meat and vegetables. Hummus or mutabal, a salad made of baked aubergine and tahini paste, have also proved popular.

Sixty-year-old Vatche Anjaoghlian has been living in Armenia for four years and processes sesame seeds to make tahini, an unusual business in the country.  He sells his products in the two oriental food stores he owns in Yerevan.

“The food business is the easiest in Armenia.  Here, people have a love for the kitchen,” Anjaoghlian told IWPR.  “We first opened a shop offering oriental and quasi-oriental dishes.  We had to offer something new and it turned out to be sherbets well-known in Syria with different flavours, which are also loved by local Armenians.”

Syrian Armenians have brought new flavours and sensations to the local cuisine, he said.

Another incomer, 38-year-old businessman Shant Khayalian, has been making organic soap for the past two years out of marjoram, chamomile, nettle and parsley, which he collects in the Armenian mountains.

Khayalian produces around 8,000 soaps per month and sells them in shops in the capital on average for 600 drams (1.25 US dollars) apiece.

“To enter the Armenian market, one has to have an original idea which will help you find your niche here,” Khayalian, who moved to Armenia with his wife and two children in 2013, told IWPR.

“My products have received an EU patent called Beauty Products,” he said, adding that there has already been interest in his soaps from as far afield as Hong Kong, France, Russia and Cyprus.

It helps that the Yerevan government has been supportive towards the influx of Armenians from Syria, implementing legislative measures helping with access to residency, business permits, health care and education.

Anjaoghlian and Khayalian were among 110 Syrian Armenians who have taken advantage of a special credit programme to start their own businesses.

The scheme is backed by the state supported Small and Medium Entrepreneurship Development National Centre Fund (SME DNC of Armenia) and the United Nations High Commissioner for Refugees (UNHCR).

Khayalian received a loan of 12,000 US dollars at four per cent interest rate from this programme.  By comparison, local banks usually give loans at interest rates of ten per cent or more.

“We realized what it means to use [the potential] of Syrian Armenians for Armenia´s economic growth.  They are classical examples of businessmen,” she said.

“A history of 25 years of independence and post-Soviet thinking has not been enough to form a local business [mentality] in Armenia.  But Syrian-Armenians, that is the third generation engaged in business, where they feel like a fish in water,” said Hayrapetyan.

Arsen Hakobyan, researcher at the Institute of Archeology and Ethnography, said that entrepreneurship was a long-standing tradition among the community.

“In the beginning of the 20th century, during the genocide, many Armenians fled the Ottoman Empire, found refuge in Syria where they were able to stand on their own feet and keep their Armenian identity.  The Armenians in Syria … were quite successful,” he said.

“This is already their second relocation, which is why the same mechanism that operates at an innate level kicked in – their self-reliance,” Hakobyan told IWPR.

The Syrian-Armenians are de facto refugees, but do not see themselves this way, the ethnographer explained.

“They make it clear that they view Armenia as their homeland,” said Hakobyan.

There is an acceptance that the Syrian Armenians are unlikely to return any time soon.  A special school for their children was set up in Yerevan in 2012, where they were taught in Arabic and Armenian according to the Syrian curriculum.  Two years later, when it became evident that there was no end to the civil war in sight, the school was closed.

Instead, the children from Syria now attend ordinary Armenian schools that follow the national curriculum, which gives them more opportunity to integrate.

Moreover, 12,000 Syrian Armenians have received citizenship and another 1,800 residency permits, a fairly large number for a country with just three million inhabitants and a gaping budget deficit.

Zakaryan noted that around 15,000 to 20,000 Syrian-Armenians still remained in Syria.  They received humanitarian and financial assistance from Armenian benefactors, but it was not yet clear whether they would also ultimately decide to move to Armenia.

In the meantime, Armenia´s foreign minister Edward Nalbandyan is trying to shore up international support for Syrian Armenians.

He told a conference on Syrian refugees in Geneva on March 30 that Yerevan would continue to help the incomers – while making it clear they needed financial assistance to meet humanitarian needs and support integration.

Gayane Mkrtchyan is a reporter for ArmeniaNow in Armenia.

Armenia
Refugees
Connect with us