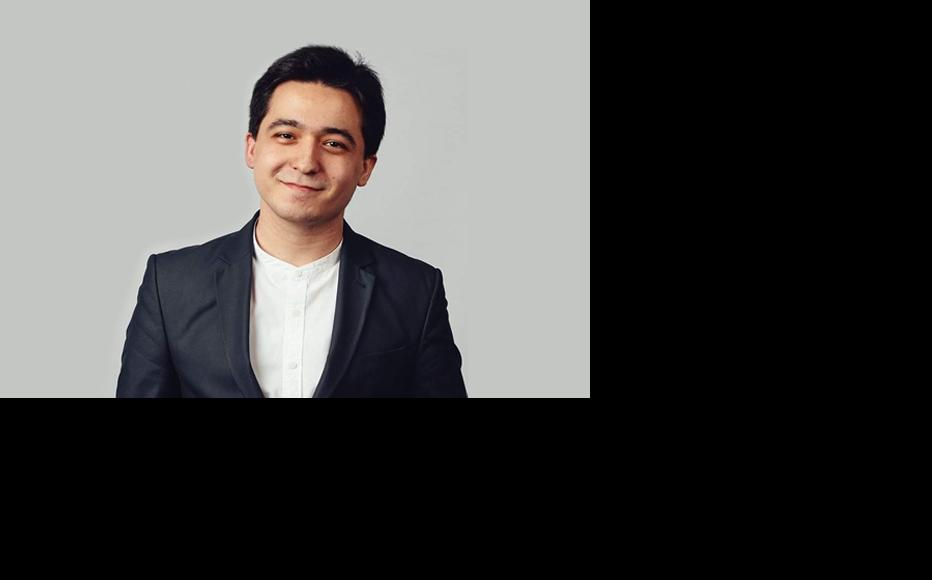 Temur Umarov, an expert on Uzbekistan and a consultant at the Carnegie Moscow Center. (Photo courtesy of T. Umarov)
The link has been copied

In his three years as president, Shavkat Mirziyoyev has introduced a number of wide-ranging reforms in politics, the media and foreign relations. While many of these remain strictly limited in effect, Temur Umarov, an expert on Uzbekistan and a consultant at the Carnegie Moscow Center, told IWPR that he believed that the country had moved irrevocably “from hard authoritarianism to a hybrid regime”.

IWPR: Parliamentary elections were held in Uzbekistan on December 22. The OSCE/ODIHR mission recognised “visible progress in improving election legislation and practices”. What’s your comment on this?

Temur Umarov: Indeed, the progress in the procedures and preparations for the elections cannot be denied.

First, a legal basis for the whole procedure was created. For the first time, a single electoral code regulated elections in the country. Previously, there were five separate election laws in Uzbekistan; they sometimes even contradicted each other. Secondly, a single electronic voters list was created, which included about 20 million potential voters. In addition, for the first time, people were able to vote in prisons. Special attention was paid to 1.8 million Uzbek migrants around the world.

There were other improvements: the number of electoral areas was increased and the population evenly distributed among them. The quota for the environmental movement in Parliament was removed: they, like everyone else, have to contest a seat in the legislative chamber now. A lot has changed in election campaign financing: all the expenses of election campaigns were paid by the state [and] the gender balance situation in parties improved.

The wide media coverage of the election campaigning should be highlighted separately. Uzbek society has never seen such a thing before. TV debates, campaigning on social networks, parodies of candidates on Youtube, bloggers’ interviews. This is good news.

On the other hand, there were still obstacles to registering new parties, and independent candidates could not be nominated outside the party lists. There were other problems - ballots stuffing, fraud attempts - but the fact that these problems were covered in the media and social networks is a positive trend.

What can we expect from the results of the elections? Is fundamental change possible and will the new parliament become a tool to control the executive?

First, the elections were an important experience for all participants: candidates, parties, government agencies and the voters themselves. There was nothing like this for almost 30 years. Therefore, initially, neither the authorities nor the experts nor the voters had any expectations of the results.

Only five pro-presidential parties, which were previously represented in parliament, participated in the elections. As per tradition, the Uzbekistan Liberal Democratic Party won the election. In other words, the basics have remained unchanged. Even the Central Election Comission (CEC) stated that it would be necessary to wait for several more electoral cycles for realistic elections.

The real benefit, even though it is small, of these elections is parliament’s renewal: more young people and women are represented in it.

According to the Uzbek media, the parties have diverse views on the central issues. For example, they have different opinions regarding joining the Eurasian Economic Union (EAEU). What does this mean?

We don’t have to make a big deal of this, and here is why: indeed, the parties are actively discussing pressing issues [like] the lack of electricity and gas supplies in cities and villages, the poor quality of education, very sensitive issues were even raised in interviews, for example, human rights. However, this was discussed within the framework of competition between parties. Not a single candidate opposed the authorities, criticised the government’s actions or disputed any reform.

Therefore, issues on which the country’s leadership has not yet expressed a clear opinion can be discussed. It would be hard to imagine big debates about joining the EAEU if the president, for example, had already announced his decision.

What do you think about Uzbekistan joining the EAEU?

Joining the EAEU has both pros and cons. Those market segments that are better developed in Uzbekistan than in the EAEU countries will undoubtedly benefit - textiles, agriculture, the car industry. However, less developed industries will not be able to compete; this is obvious. It will bedefinitely easier for Uzbek migrants to live in Russia, but this does not mean that joining the EAEU will solve all problems.

However, we should not forget about the political component of the issue. Joining the EAEU may prevent Uzbekistan from joining the World Trade Organisation (WTO); US secretary of commerce Wilbur Ross spoke openly about this. Don’t forget about the Western sanctions against Russia; among all other things, it will badly affect the country’s investment climate, while the goal of the liberalisation of the economy is to increase its attractiveness.

Mirziyoyev has been leading Uzbekistan for three years. What would you consider to be his achievements?

I would mention loosening official control over the media, unblocking media resources like Ferghana, improving relations with neighbours, the rehabilitation of some political prisoners, closing the Jaslyk prison and the [general] course of reforms.

It’s impossible to imagine that after the first president’s death anyone would take the lead and continue Karimov’s policy. Any leader would have to liberalise control for theirpown benefit.

For Mirziyoyev, liberalisation is the main mechanism of the legitimisation and consolidation of his position in the opinion of Uzbek citizens and international community.

It’s noticeable that civil society institutions have become more active in Uzbekistan and freedom of speech horizons have expanded. To what extent are these changes irreversible? Is there a chance that Mirziyoyev will abandon his reforms and resume his predecessor’s policy?

This is highly improbable. Returning to Karimov’s policy is almost impossible. All reforms today are the basis on which Mirziyoyev will rely; the stability of his policy in the future will depend on it. In this regard, Uzbekistan has just begun the path from hard authoritarianism to a hybrid regime.

What about freedom of speech in Uzbekistan?

Journalists’ safety is still a major issue. This leads to self-censorship and the emergence of unspoken rules and forbidden topics.

Qualifications like media communication skills, the ability to answer provocative questions, not letting the situation get scandalous do not emerge from nowhere; they require experience.

Does Uzbek society request these changes?

Yes, but this is just my perception based on talking with my friends. There is a big problem in Uzbekistan with sociological research: nobody is researching. Therefore, all my arguments are based only on my own perceptions.

It seems to me that there is undoubtedly a desire for better living conditions. At the same time, society is very conservative, even the younger generation, especially outside Tashkent. Most still believe that stability is the most important value. There are even opinions that Mirziyoyev’s reforms are too rapid. “Could this possibly lead to a weakening of security in the country?” some friends ask me. I have also encountered extreme conformist nostalgia for Karimov’s times and with reproach for Mirziyoyev for changing the policies.

At the same time, many support reforms and understand their necessity. Such opinions are often heard in the capital, big cities and among young people. There are those, of course, who are sceptical of what is now called liberalization. They argue that in reality the source of the problem is not addressed, while the struggle is only against the consequences.

What about Uzbekistan’s relations with regional neighbours?

Regional cooperation has become one of the second president’s priorities. However, it still depends on many other factors: whether chronic issues between countries - borders, water supply - are solved and the way other countries in the region treat this, given the particular mood of a certain leader or personal relationships between the presidents of Central Asian countries. So far, two consultative meeting of the heads of states of Central Asia have been held; this informal format has proved to be a very successful solution.

The fact that the leaders of Central Asian countries managed to gather in this format, after many years of lack of neighbourly relations and even conflicts, is already a good trend…It is important that these meetings are not tied to personal relations between leaders of countries, but are institutionalised. Then we can talk about longer term integration.

What can you say about Uzbekistan-China relations?

Relations with Beijing are very important. Central Asia as a whole and Uzbekistan in particular cannot escape it. Uzbekistan’s foreign trade turnover with China rose to 6.4 billion US dollars in 2018. China has become Uzbekistan’s number one trade partner: it accounts for 19 per cent of the total turnover. Russia ranks second with 16.9 per cent.

China has always been considered a convenient partner for Central Asian countries, since it requires practically nothing in exchange for its investments, only commitment to the ‘one-China policy’ and the fight against the “the three evil forces” - terrorism, extremism, and separatism.

Giving Voice, Driving Change - from the Borderland to the Steppes
Uzbekistan
Elections, Political reform
Connect with us