Number of monitors too small to affect regime’s actions.

Number of monitors too small to affect regime’s actions. 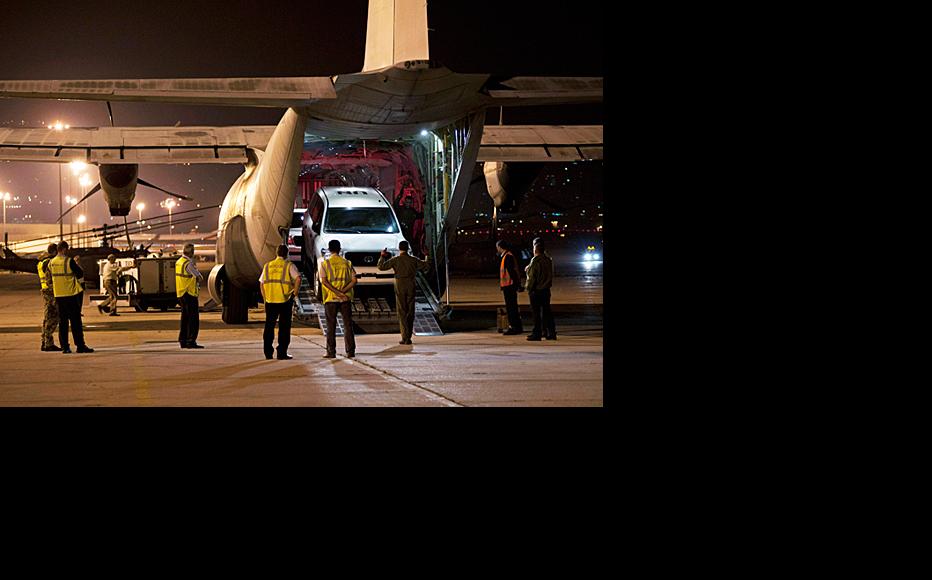 Experts warn that the United Nations observer mission to Syria will have no impact on the ongoing violence unless its numbers are significantly increased and it is given considerably more freedom and power.

Seven unarmed UN military observers were deployed to Syria to monitor the ceasefire announced on April 12, and to prepare for the arrival of a larger contingent of up to 250 monitors.

But the violence has continued despite the supposed truce, with activists and international aid groups arguing that the mission lacks the power to stop abuses.

Adam Simons, the director of the Global Centre for the Responsibility to Protect, said the mission “needs to be rapidly expanded in size and scope”, and warned that the conflict could descend into a severe humanitarian crisis if the international community failed to act.

“History has been unforgiving in response to international inaction and frailty in Rwanda and Bosnia during the 1990s,” he added.

The observers are supposed to monitor the implementation of a six-point plan to halt the violence proposed by Kofi Annan, the joint UN and Arab League envoy for Syria.

The preliminary agreement between Damascus and the UN on their deployment calls on the Syrian government to “implement visibly” its commitment to a ceasefire, to ensure the observers are freed to travel anywhere in the country, to take pictures and to use technology to check compliance with the ceasefire.

But the monitors have so far not ventured beyond the suburbs of Damascus and have been forbidden from visiting Homs, the city considered the centre of the uprising, where protests have continued despite ongoing shelling.

No agreement has yet been reached on whether aircraft can be deployed as part of the observer mission, despite calls by UN Secretary-General Ban Ki-moon to send in helicopters to get a clearer view of developments.

The secretary-general said on April 19 that attacks had escalated and included the “shelling of civilian areas, grave abuses by government forces and attacks by armed groups”, and he called for the number of observers to be increased to 300.

Chris Doyle, the director of the Council for Arab-British Understanding, said that even a force of a few hundred would be too small to operate in a country with a population of over 22 million.

“The regime controls access and who will be coming in and out,” he said. “In a perfect world, this would be a perfectly independent and transparent mission, but of course the regime doesn’t want that.”

Akil Hashim, a retired brigadier-general in the Syrian army who now lives in Paris and is involved with the opposition, said the military observer mission was little more than an echo of the failed Arab League initiative in January, in which observers dispatched to Syria in failed to calm the situation.

He accused the international community of a “lack of determination to intervene in Syria” and called on the UN to establish buffer zones on its borders.

“How could great countries accept the fact that this regime is saying it accepts the plan but is continuing killing people until now, until this moment?” he asked. “Intervention will come, but not until 20,000, 30,000 people are dead.”

Radwan Ziadeh, a member of the opposition Syrian National Council, SNC, said that the whole idea of sending in observers was flawed.

“I don’t see any point in expanding the mission. It will not work,” he said. “What can they do? Crimes against humanity have been well documented. We need a practical way to stop the killing.

“The tanks are still in place if you go into the cities. No one has been released from the list of political prisoners that we provided to the UN. We are very disappointed.”

Poppy McPherson is an IWPR contributor in London.

The Arab Spring
Syria
Conflict
Connect with us