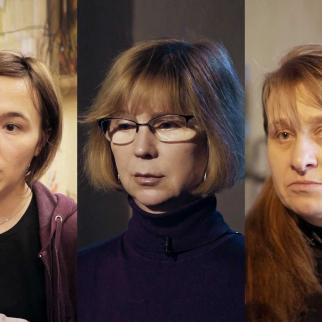 Women tell their stories of captivity in Eastern Ukraine. 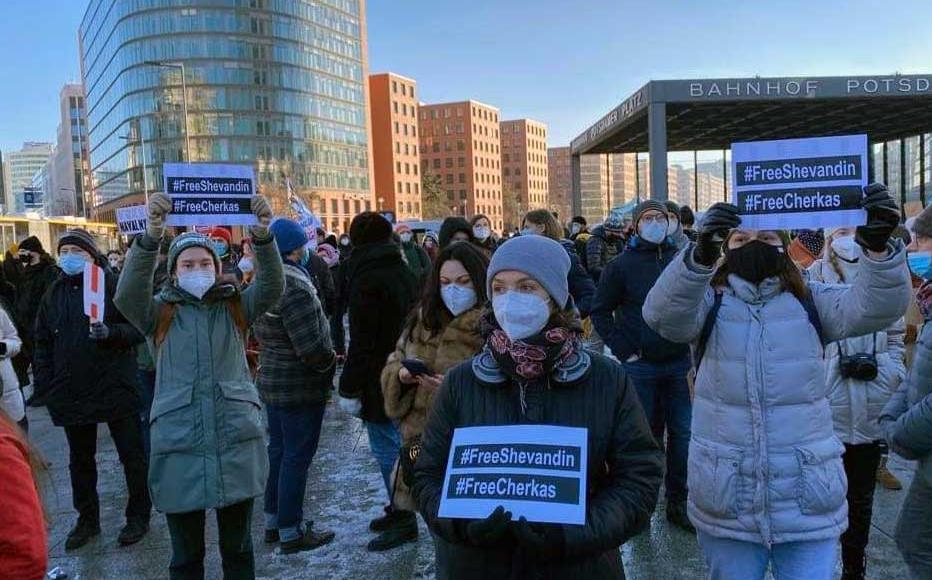 A protest in Berlin demanding the release of Ukrainian POW's. © Maryna Shiefer's Archives
The link has been copied

In the midst of fighting in the spring of 2015, entrepreneur Oleg Shevandin was kidnapped at a checkpoint in the town of Debaltseve in eastern Ukraine.

That day, he was allowed to call his wife twice. Larysa Shevandina has heard nothing more from him since.

He is just one of hundreds of Ukrainians still held by the self-proclaimed Luhansk and Donetsk People's Republics, whose families continue to campaign for their freedom.

Shevandina spent five months in the regional centre of Donetsk to try and discover her husband’s whereabouts. He was well-known locally as a businessman and martial arts expert, but any trace of him had been lost in the chaos of both military conflict and the internal fight for control within the de facto republic.

"I supposed that there was a kind of a power vertical, but there were just different groups which were weakly connected to each other,” she said. “And they made it clear that my husband was taken by Russian military men who do not obey anyone in the region.”

Shevandina said that when the Ukrainian authorities asked about Shevandin during negotiations, representatives of the Donetsk republic claimed that “we had him and we are now looking for him”.

Kyiv currently lists 268 prisoners held by the self-proclaimed republics, the overwhelming majority of them civilians. These are prisoners whose whereabouts have been confirmed either by the de facto statelets themselves or by fellow prisoners who have been released; the actual number of detainees could be higher.

Even though documents exist that verify the existence of these 268 prisoners, some applications for their exchange have been denied on the basis that the de facto authorities had never detained them.

"I think they understand that relatives of prisoners will put pressure on the Ukrainian government. The more numerous we are, the better it is for them because they need political instability in Kyiv,” said Maryna Shiefer, whose father Volodymyr Cherkas was captured in Donetsk in autumn 2017 but has yet to be confirmed as a prisoner.

The last major prisoner exchange between the Ukrainian government and the self-proclaimed republics took place in December 2019. Campaigners warn that the delay in further exchanges is particularly cruel given that some prisoners are seriously ill or elderly.

Shiefer said that she hoped her father would be exchanged soon since 11 people who have already been released claimed that they saw him at the Isolatsia detention centre, operated by the Donetsk de-facto authorities. Isolatsia prisoners have not been allowed to have any contact with the outside world.

"Among those who were exchanged, there was a man who did know dad before the war,” she said. “He did not recognise him in Isolatsia at once. He said that my father had no shoes and was wearing something made of patches instead. Others told me that my father had been tortured but they tried to save me from the details. The ‘investigation’ attempted to charge dad with participation in a diversionary group [committing acts of sabotage] but, as I understood, they did not succeed. I think he had nothing to tell them," Shiefer said.

Sergiy Garmash, a Kyiv representative in the Trilateral Contact Group established to negotiate security, political and humanitarian issues in the conflict, said that the other side had no interest in pursuing prisoner exchanges.

He said that this was because the Ukrainian government no longer held anyone strategically important. The last high-value prisoner in Ukrainian custody, Volodymyr Tsemakh - a key witness in the case concerning the downed MH17 aircraft - was passed to Russia in 2019.

"We have no one of interest to Putin,” Garmash said. “At the negotiations, they never raise questions about the people from their side that we are holding. This is an ugly and dirty political game.”

The official reason for the deadlock is the statelets’ demand of processual clearance of those who were exchanged in 2019 having been charged with serious crimes. This would involve either the cases being closed or proceeding to trial, with those found guilty receiving a presidential pardon.

Some of those in question are former employees of the Bercut special police unit, suspected of involvement in the shooting of protestors in Kyiv’s Maidan Square in early 2014.

Garmash said that many were well-known, adding, “If the president pardons them, this will lead to a political crisis.

“Last but not least, we cannot “clean” those people without their participation in the process, but neither we nor their lawyers know where they are.”

“In a law-bound state, a prosecutor or a court cannot drop a charge by following a political decision. In other words, the demand of the processual clearance is usually impractical,” said Olexandra Matviychuk, head of the board of the Center for Civil Liberties NGO.

Matviychuk said that the fundamental problems was that both sides switched negotiations from the liberation of prisoners to their exchange.

“Exchange is an economic category. It supposes coefficients, beneficial or unbeneficial propositions, bargaining,” she said.

Matviychuk argued that Ukrainian side should not only work on prisoner exchanges but also campaign for major improvements to the conditions in which they were being held.

“Innocent people will be kidnapped, tortured, and held in illegal detention until Crimea and Donbas will be de-occupied,” she continued. “That is why the question on those who will be captured [next] should be negotiated as well. The International Committee of the Red Cross should have free access to them. Even in more fierce conflicts the ICRC has access to prisoners.”

Some prisoners’ relatives, feeling that the Ukrainian authorities simply lack any leverage over those detaining their loved ones, have turned to alternative measures to keep their cases in the public eye.

Shiefer, who lives in Germany, organises public meetings to raise awareness of the issue of detainees.  Shevandina has spent her time lobbying foreign diplomats and politicians. But neither feel that they have made much progress.

“I don’t know what to wait for,” Shiefer said. “Everyone tells me that my dad who came to Donetsk in September 2017 and my dad who would possibly come back one day could be two different persons. What is he like now? Is he alive? There are no answers, just questions."