Commentators don’t agree with Ruslan Kotsaba’s sentiments, but defend his right to express them.

Commentators don’t agree with Ruslan Kotsaba’s sentiments, but defend his right to express them. 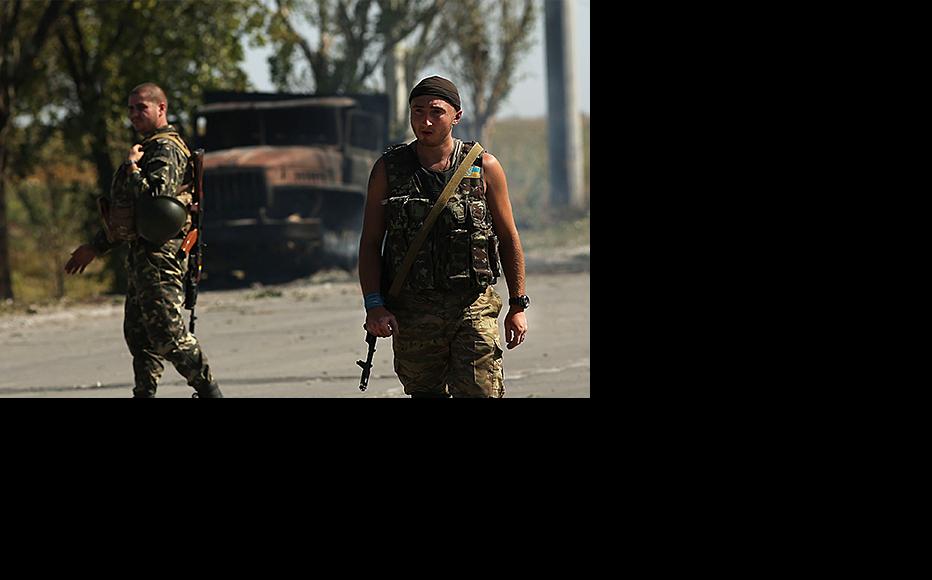 Ukrainian soldiers on the outskirts of Mariupol, September 2014. The government in Kiev has now ordered a mass call-up of men to replenish the forces fighting in eastern Ukraine. (Photo: Spencer Platt/Getty Images)
The link has been copied

After the Ukrainian authorities came down hard on a journalist who spoke out against mass military mobilisation, a media trade union insisted that freedom of expression was a basic constitutional right.

Ruslan Kotsaba, from Ivano-Frankivsk in western Ukraine, was detained on February 7 after criticising a mass call-up of reservists for the conflict in the east. He made the comments in a YouTube video he posted on January 17 (here in Ukrainian).

A court imposed a two-month custody order while investigators built a case on two charges – treason and obstructing the armed forces. If convicted, Kotsaba could receive a 15-year sentence. As well as the YouTube video, security service officials claim he contributed to a report on Moscow TV station NTV about protests against the call-up.

Tens of thousands of men aged 25 to 60 have received call-up papers after the government ordered a mass mobilisation of reservists.

Kotsaba called on people to “denounce this mobilisation, because this hell, this horror must be stopped”. He urged President Petro Poroshenko to work towards a political settlement to the conflict which began in the Donetsk and Luhansk regions after the revolution a year ago and the Russian annexation of Crimea that swiftly followed.

Kotsaba’s outspoken criticism of the official war effort came at a time when Ukrainian armed forces were hard-pressed by new rebel offensives in the east. That may have prompted the government to make an example of him.

“The authorities are trying to transform Ruslan into something bigger and more serious than he is,” Mikhail Shtekel, a journalist currently on a fellowship with RFE/RL’s Kiev office, told IWPR.

Shtekel said the authorities could have placed the suspect under house arrest rather than keeping him locked up for 60 days.

He made it clear he disagreed with Kotsaba’s views, and argued that this was a case of prosecution for a form of “activism”, rather than punishment for normal journalism.

The Independent Media Trade Union in Ukraine condemned Kotsaba’s views but defended his right to express them.

In a statement carried by media watchdog Telekritika, the union pointed out that Ukraine’s constitution enshrined the right to “freedom of opinion and speech, freedom of expression and belief”. It also argued that there was no evidence to suggest that Kotsaba’s remarks actually prompted anyone to dodge the draft.

Kotsaba was one of a group of 20 Ukrainian journalists who attended an IWPR training course in November and December covering war reporting, operating in hostile environments, and digital safety.