An ongoing battle to preserve culture is further endangered by the devastating impact of the war. 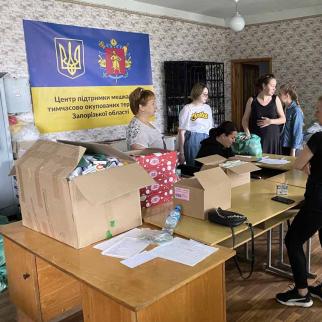 Volunteers at the support center for residents of temporarily occupied territories in Zaporizhzhia. The centre was set up by residents of Tokmak, a city in Zaporizhzhia region, which fell under Russian control in the first weeks of Russia’s invasion. It is one of the many grassroots initiatives that have been providing the core of the humanitarian support to Ukrainians directly affected by the war. © Zaporizhzhia Centre of Investigations/incentre.zp.ua

Informal volunteer initiatives receive a fraction of donations but provide the bulk of humanitarian assistance.

An ongoing battle to preserve culture is further endangered by the devastating impact of the war. 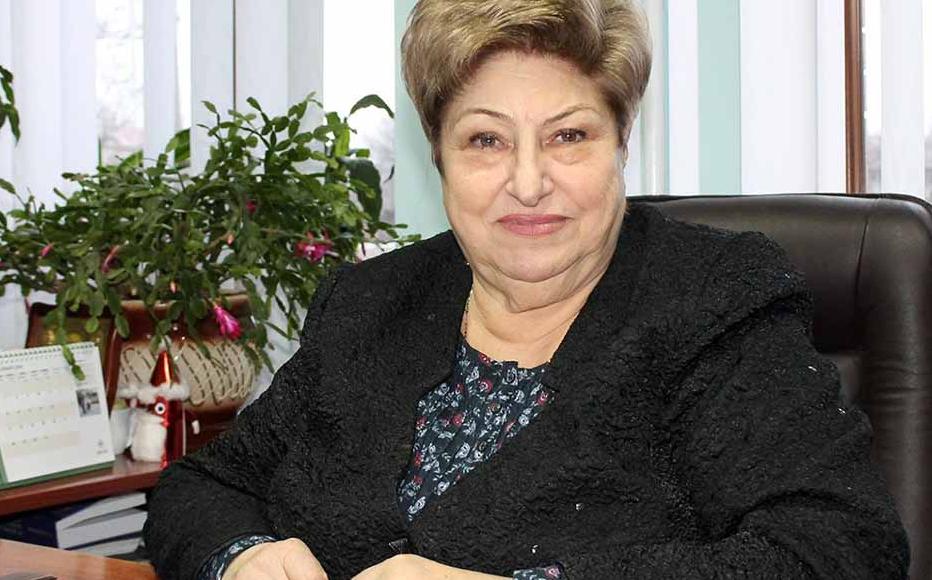 Oleksandra Protsenko-Pichadzhi headed the new organization of Ukrainian Greeks in Greece. © Photo courtesy of Federation of Greek Societies of Ukraine 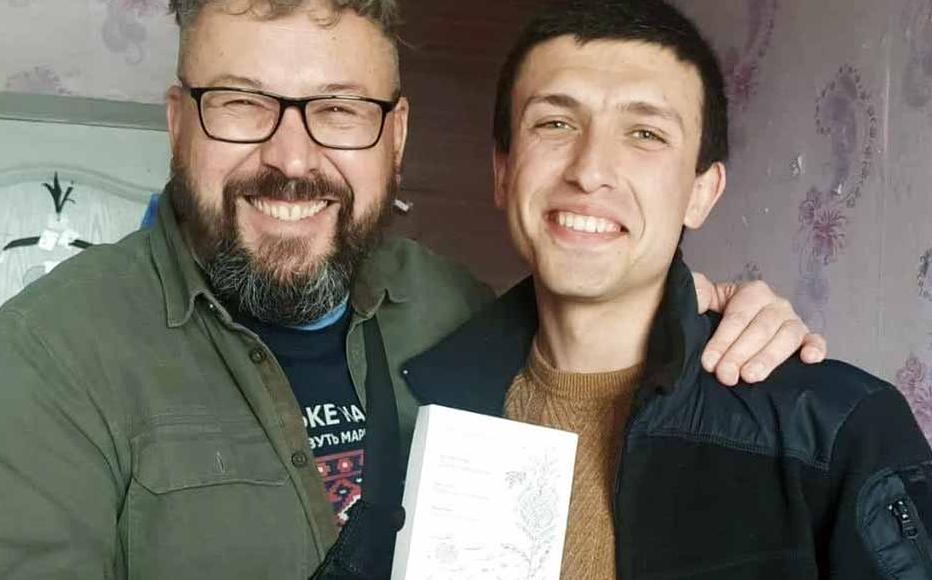 Greeks and language activists are currently publishing all books only through their own resources. In the photo, Oleksandr Rybalko and Mykola Akhbash. © Photo courtesy of M. Akhbash 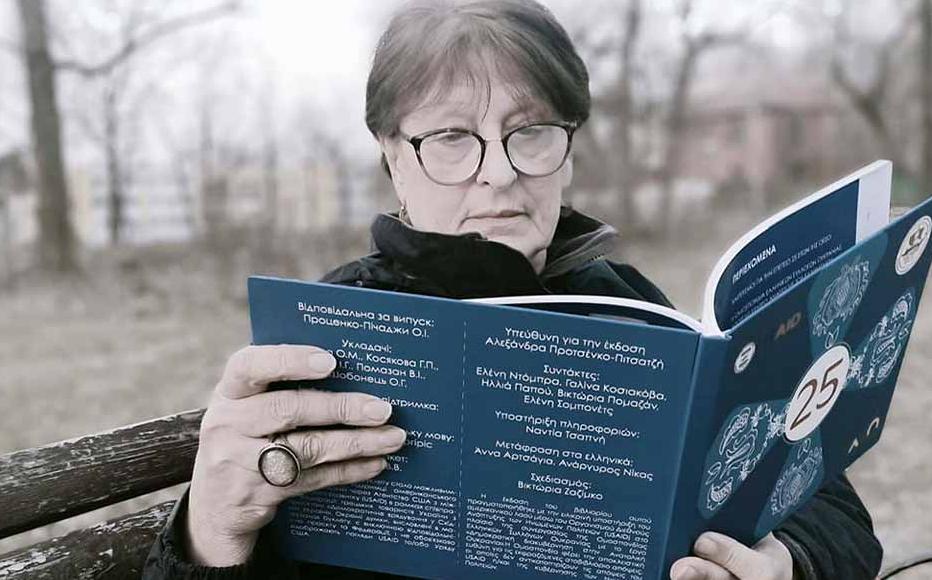 Tetyana Khorunzha with a book published by the Federation of Greek Societies of Ukraine. © Photo courtesy of T. Khorunzha
The link has been copied

Mykola Ahbash, 25, is an enthusiastic member of Ukraine’s Greek community, a minority that has lived mostly in the country’s south for many centuries.

The policeman, originally from a village near from Mariupol, writes poems in his native language, and promotes Greek culture and tradition.

This year, he planned to reconstruct an ancient rite of his community traditionally used to invoke rain.

“An orphan girl is decorated with herbs and branches – the personification of nature. – and walks around the village,” he explained. “Women and girls follow her, singing songs and asking for rain."

But Ahbash’s plan to enact the ceremony was derailed by Russia’s full-scale invasion of February 2022 and the near-destruction of Mariupol and its surrounding villages.

The community now faces twin perils – the ongoing battle to preserve their heritage, exacerbated by the devastating impact of the war.

Ethnic Greeks arrived in Crimea during the Byzantine era. Also known as the Nadazovian - or North Azovian – Greeks, the modern community is descended from populations the Russians moved from there in the 18th century to what is now eastern Ukraine.

The vast majority of the 100,000-strong Ukrainian Greek community lived in Mariupol and nearby villages.

Tetiana Khorunzha, a 75-year-old journalist and historian from Mariupol, said that before the invasion, almost every village in the region had at least one Greek society, with more than 100 organisations united in a federation.

Community celebrations included the panair, a holiday dedicated to certain church patrons, and the Mega Yurty, a large festival of Greek culture held across different villages.

Khorunzha said that such festivals had been a valuable opportunity to record many songs and stories of Greek folklore.

"We keep all these records, but we still don't have the resources to process and publish them all," she said.

When the war came to Greek villages in 2014, the federation turned into a source of aid. People were supplied with fuel and food, schools with all the necessary equipment and children sent to Greece for medical care.

With the full-scale Russian invasion, the region suffered further. Mariupol was almost completely destroyed, and Greek population centres hard hit. In particular, the village of Sartana was subjected to brutal aerial bombardment in the first days of the war.

Huge damage was done to the community’s cultural artefacts. In March, the local history museum in Mariupol burned down, with most of the Greek exhibits destroyed or stolen.

A collection of paintings by Arkhyp Kuindzhi, a Ukrainian painter of Greek origin, was also plundered.

The cultural centre of the Federation of Greek Societies was located close to the well-known Azovstal steel plant, devastated in the Russian siege that ended in May 2022.

Preserving their heritage is a priority for a community that suffered serious repression during the Soviet era. In the 1930s, the authorities destroyed Greek literature, executed literary figures, banned the Greek alphabet, and forced a massive switch to Cyrillic.

Russian became vital to get an education or a job.

Oleksandr Rybalko, a 53-year-old researcher from Donetsk, said that after Ukraine gained independence in the 1990s, the country’s Greek community looked towards Greece rather than developing its own culture.

“They started to study the modern Greek language as a tool for communication with the Greeks," he said.

The community historically spoke two languages. Roumean, similar to modern Greek, has five dialects while Urum, a Turkic language closer to modern Crimean Tatar, has two along with four subdialects.

Roumean and Urum were neglected and only used by older people in Greek villages of the Donetsk region.

Activists like he and Ahbash do their best to preserve the language, publishing books and running Telegram channels dedicated to the dialects.

"In order to introduce the study and spread of Greek languages, they must first be codified, then teaching aids compiled and teachers trained,” Rybalko continued.

After the full-scale invasion, the Federation of Greek Societies suspended its activities. Instead, a new diaspora organisation — the Union of Greeks of Ukraine - was set up in the Greek city of Thessaloniki.

The Union now collects humanitarian aid and helps Ukrainian refugees, most recently hosting 300 children from the Kyiv region for a holiday in Greece, in addition to a group of 45 from Mariupol.

Its head, Oleksandra Protsenko-Pichadgi, said that work was ongoing on cultural projects, the priority being the Greek song festival, which up until now had been held every two years in Mariupol.

“We appealed to the President of Greece, and she gave her consent to hold this festival under her auspices this year,” she said.

This text was prepared with the support of IWPR and was first published in Ukrainian on Eastern Variant media.