Unlike previous incomers, recent arrivals are expected to be awarded asylum or complementary protection.

Unlike previous incomers, recent arrivals are expected to be awarded asylum or complementary protection. 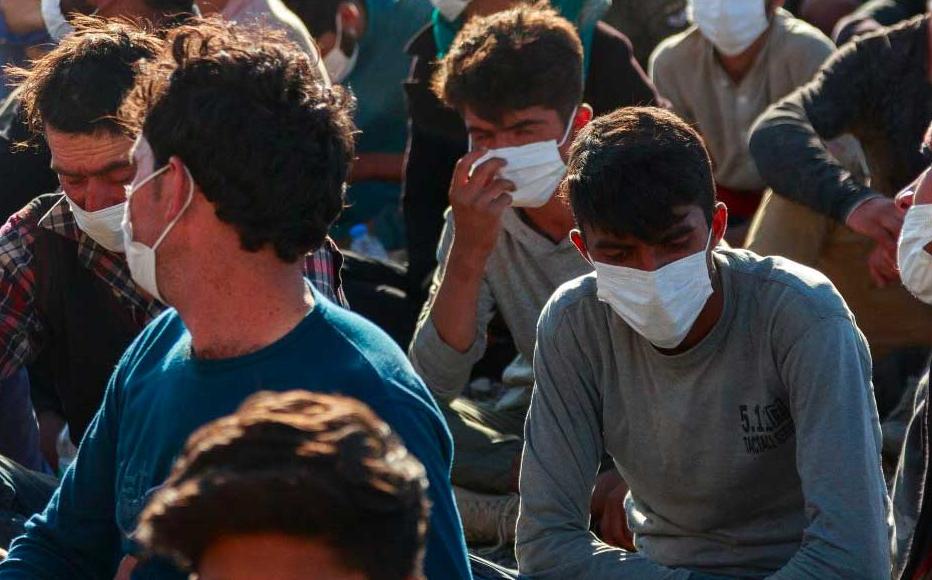 Afghan refugees in Ukraine. © RBC-Ukraine
The link has been copied

A new influx of Afghan refugees arriving in Ukraine following the Taleban takeover may bring hope for others who have been fighting to legalise their status for years, according to human rights lawyers.

There was a warm welcome for the group of 133 Afghans who arrived in the port city of Odessa in the south of Ukraine on August 29. Their arrival was given widespread coverage in the national media, and rather than being sent to a special reception centre they were all accommodated in the homes of the large Afghan diaspora in Odessa.

Lawyers expect these and other recent newcomers to be the first Afghan refugees for many years who will obtain legal status in the country without difficulty.

Apart from migrants from the former Soviet republics, Ukraine - considered one of the poorest countries of Europe - has not been a particularly attractive destination for those seeking refuge.

The Afghan diaspora there remains the largest immigrant community, with the first refugees arriving in the late 1980s following the withdrawal of Soviet troops from the country.

However, the situation has changed dramatically since the late 1980s and 1990s and it is now very hard for a refugee to obtain legal status in Ukraine. For years, the country has served more as a transit route for those heading to wealthier EU countries.

In 2020, after the Belarusian crisis affected its relations with the EU, the regime of Alexander Lukashenko abandoned any efforts to contain illegal migration across its border. In response, the EU reinforced the border from its side.

This left Ukraine, with its porous borders with Romania and Moldova, as one of the key remaining routes into the EU.

Olexiy Skorbach, a lawyer working with migrants in Ukraine, predicted a new boom of illegal border crossing following the closure of the route through Russia and Belarus.

In Ukraine, "everyone earns from these holes [at the borders],” he said.

Migrants face numerous challenges in Ukraine. The state does not provide any financial support to asylum seekers. One of the most serious obstacles lies in finding work: an asylum seeker without any legal status cannot officially be employed.

Yulia Arkhipova is a Russian who used to work trying to assist fellow migrants as a founder and coordinator of the EmigRussia project, aimed at legal and humanitarian assistance for Russian emigrants and asylum seekers in Ukraine. She said that many incomers ended up disillusioned by the virtual impossibility to obtain any kind of legal status.

"One of our core messages to potential asylum-seekers from Russia was "Do not come to Ukraine to seek asylum here," she said, citing often unpredictable decisions by the Ukrainian State Migration Service (SMSU).

"The status of an asylum seeker is not regulated in Ukrainian legislation,” she continued. “The procedure of obtaining refugee status or complementary protection is expected to take several months but I know people who fought for it for five to seven years and lost."

According to SMSU data, at the end of 2020 there were 1,449 Afghans with permanent residency in Ukraine and 233 with temporary visas. These were predominantly either students from Afghanistan or the family members of Ukrainian citizens.

Another 647 had refugee status and 162 were recognised as persons who need complementary protection, a means to legalise an immigrant’s stay in the country but which does not provide the right to obtain citizenship.

But only a tiny per cent of immigrants who applied for residency in Ukraine got a negative decision in 2020. For refugees, the situation was different: while 123 applications were accepted, 396 applicants were denied the status.

For those from Afghanistan, this situation could change soon.

"People who struggle to obtain documents in Ukraine for five, seven, ten years, need a kind of immigrational amnesty and a protective status as far as they cannot come back to Afghanistan,” said Janat Tanai, the head of The Afghan Community NGO. “We are going door to door to Ukrainian state agencies in order for them to obtain an official status."

Afghans who arrived in Ukraine recently are expected to be recognised as either refugees or awarded complementary protection.

Olexiy Plotnikov is a legal analyst at the 10th of April human rights NGO in Odessa, one of UNHCR’s Ukrainian partners.

"Until recently, these [applicants] have been mostly Syrians who received refugee status or additional protection,” said Plotnikov. "Syrian applicants have been normally granted a protection status because of the situation in Syria and the general consensus of the European states and the European Court of Human Rights on the catastrophic nature of the situation in Syria. The rejection rate for other applicants has been high."

He said that the latest influx of Afghans gave hope to those who had been in Ukraine for a while and were yet to win refugee status or complementary protection.

Those who arrived before the Taleban takeover now had a legal justification to reapply, Plotnikov concluded.

According to Tanai, about 20 per cent of recent newcomers to Ukraine from Afghanistan have neither relatives nor business there and would like to move westward.

Karim, not his real name, arrived in Ukraine with his wife and two children in April. He said he had worked for NATO and had been forced to leave Afghanistan because of a targeted intimidation campaign from the Taleban.

Although his destination was the UK, the Ukrainian embassy was the only one in Kabul where he could obtain a visa. While his colleagues were later evacuated to either the EU, US or Canada, he and his family have been stuck in Ukraine with no possibility to work, no means of support and under temporary stay which expires soon.

"I lost my hope here, I see no way," he said in a telephone interview from Odessa, adding that he caould not see how he could make a life in Ukraine due to language issues and the lack of economic opportunities.

Tanai said that he was trying to find a legal way out for those Afghans who were  willing to leave Ukraine for the West.

"As Ukraine cannot provide any help to refugees, they should have a possibility to move elsewhere," he says.

Skorbach said that future newcomers from Afghanistan were also likely to move on, whereas the established community would now have a solid reason to reapply for a legal status.

"As those from the new wave will supposedly seek a possibility to move to the West, those who already live in Ukraine and have families, friends and business here, will take advantage of the situation," he said.