Ukraine: Unwilling to Close the Sky

But could a fleet of MiG-29s effectively enable the Ukrainians to establish a no-fly zone themselves? 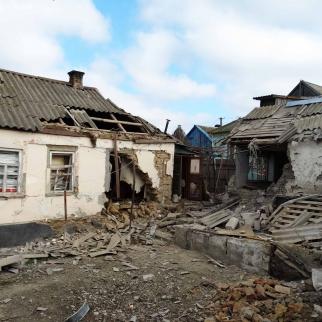 A house hit by shelling in Kakhovka, a port city in the southern region of Kherson. © IWPR

Ground forces advance in strategic southern region amid reports that non-military targets are coming under fire.

Ukraine: Unwilling to Close the Sky

But could a fleet of MiG-29s effectively enable the Ukrainians to establish a no-fly zone themselves? 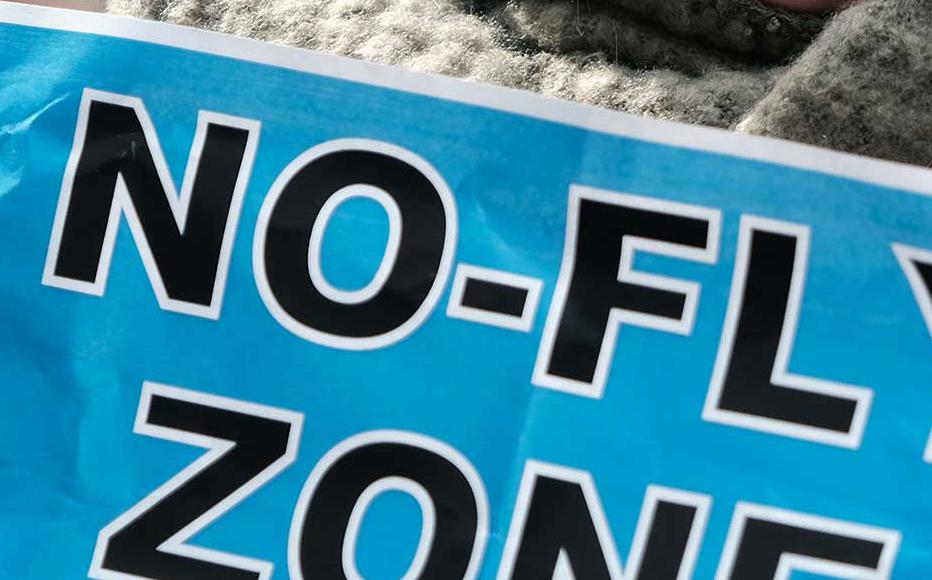 Hundreds of people gather in Manhattan's Times Square in support of Ukraine and to demand an end to the Russian invasion of the country on March 05, 2022 in New York City. © Spencer Platt/Getty Images
The link has been copied

Several hundred Ukrainians and others then marched 200 metres to the US consulate, continuing the refrain. The call was given particular urgency as Russian forces pounded Ukrainian cities, destroying civilian locations and displacing ever increasing numbers.

It seems their demand will be in vain.

The benefits of cancelling Russian air superiority would be significant, enabling the Ukrainians to fight with a greater equality of arms. By reducing the humanitarian crisis and levelling the military playing field, Ukraine’s superior organisation and morale might well prevail. However, any serious declaration would have to be backed up by force, which means the likelihood of shooting down enemy aircraft that violate the zone or attacking surface-to-air missiles based on Russian territory itself. To forestall this, Russia might be tempted into pre-emptive strikes on NATO bases.

For fear of escalation, Washington has refused to contemplate such direct military confrontation with a rival nuclear power.

Hence the importance of arms supplies to the Ukrainians, none more so than the 75 MiG-29s on offer to Ukraine from Poland, Slovakia and Bulgaria. This could effectively enable the Ukrainians to establish a no-fly zone themselves.

These older, Soviet-era fighters are suitable for Ukrainian pilots who would not require additional training to operate them. It has already been reported that Ukrainian pilots have been in Poland for consultations.

Tantalisingly, however, the West cannot agree a mechanism to transfer the planes to Ukraine.

The first option a week ago was for the former communist states to contribute them directly. This greatly encouraged the beleaguered Ukrainians, who rushed out the information, even suggesting that the jets might be operated from Polish bases by Ukrainian pilots.

As quickly as the idea surfaced, however, all three potential contributing states publicly declined. They fear the backlash from Moscow if they directly transfer such weapons to their regional neighbour.

They also have a second concern – significantly depleting their own armed forces at a time of live European conflict in which they themselves could be at risk.

Substantial discussions were held during Secretary of State Antony Blinkin’s whirlwind trip through Europe this past weekend. With the US upgrading its own air force, America has a significant number of non-active F-16 fighters and the outlines of a deal seemed straightforward.

So far so good, but how to get the planes to Ukraine? On March 8, Poland announced that it was ready to transfer its entire fleet of 28 MiG-29 jets to US bases in southwestern Germany.

“There are a lot of things Poland can do, but we need a political decision and international involvement,” explained Tomasz Smura, director of research at the Casimir Pulaski Foundation in Warsaw. A transfer of fighter jets “cannot be done unilaterally from Poland, Slovakia or Bulgaria, because it would risk retaliation from Russia”.

The announcement, which reportedly took Washington by surprise, was quickly dismissed by the Pentagon. Spokesman John Kirby deemed the proposal “not tenable”. There is no response yet as to whether NATO itself, rather than the US, could be a collective recipient.

One of the first targets of an enhanced Ukrainian air force would be the ominous many-mile-long column of Russian tanks and materiel grinding its way towards the capital.

Yet, as publicly stated, the US deems it would be too close to an open act of war to fly the jets to Ukraine.

To overcome this, Polish defence analysts have another idea. Smura proposed that the MiG-29s could be transported by road. This could even allow them to be formally transferred to Ukraine at the crossing, so that no contributing state would be in fact transferring them onto Ukrainian territory.

This would be logistically complicated and bring its own risks, not least of Russian attack. But it could provide a solution.

With their cities besieged and population in flight, Ukrainian military sources stress the urgency of receiving fresh arms supplies. One senior military source told me recently that they need more weaponry “yesterday not tomorrow.. If the West waits two weeks, there may be no one [on the Ukrainian side] to give the weapons to.”

But ultimately it is a political decision. Sanctions, substantial lower-level arms transfers, political, corporate, even sporting isolation – all of these steps have already been taken in unison by a western coalition horrified by Russia’s brutal invasion.

Eastern European states feel at risk and sense that the war is only beginning. Poles fear the Baltic states, and then perhaps Poland itself, are in Russia’s sights.

"The Central and Eastern Europeans feel this is a critical, seminal moment, and if they make a wrong move, it will take generations to repair,” said Jonathan Eyal, international director at the Royal United Services Institute in London

"They cannot afford to make one slip up at this moment."

Neither Washington nor Warsaw wish to draw Russia’s ire directly. As a result, a key contribution of weapons that could significantly tip the balance in real time on the battleground where it so matters has, to date, been deemed a bridge too far.