Politicians turn their attention to the war-torn east.

Politicians turn their attention to the war-torn east. 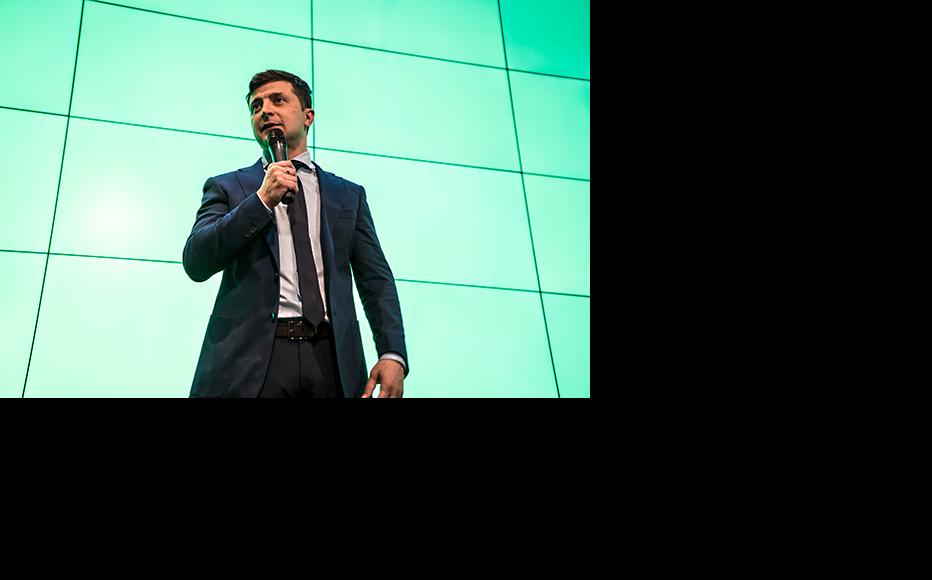 As Ukraine prepares for snap elections on July 21, attention is focusing on whether new political forces will be able to win over the traditional pro-Russian votes of the embattled east of the country.

Since the conflict began five years ago, Kyiv has made little effort to gain the loyalty of the residents of the front-line Luhansk and Donetsk regions. Both have been considered a stronghold of pro-Russian political forces since the 1990s.

Some newly-formed parties – including Servant of the People, led by new president and former comedian Volodymyr Zelensky, and Voice, led by rock singer Svyatoslav Vakarchuk - have turned their attention to these regions.

Changing the entrenched political landscape could have huge consequences for the economically-depressed east and its long-needed rapprochement with the rest of Ukraine.

Elections in Ukraine are held under a mixed electoral system, through party lists and majoritarian constituencies. It will only be possible to hold elections in 18 out of the 33 election districts in the Donetsk and Luhansk regions, as the rest are under the control of pro-Russian rebels.

The pro-Russian Party of Regions (PR) controlled the entire region until its collapse in 2014. Various former leaders have put together new groupings, all with a similar political agenda: to restore relations with Russia, to establish peace in the east and provide the Russian language with official status.

Some prominent party figures, such as Borys Kolesnikov and Vadym Novynsky - both closely linked to oligarch Rinat Akhmetov - are running for parliament in majority constituencies in the east.

Others, like ex-energy minister Yuriy Boyko, have joined a new party, Opposition Platform-For Life, which is supported by the Kremlin and came second in national polls after Servant of the People.

Both parties have nominated candidates in the same majoritarian constituencies throughout the region.

The fact that former party members will for the first time compete against each other in elections could weaken the pro-Russian forces in the face of any serious opposition.

And some local activists intend to run as independent candidates with the main aim of counteracting the influence of these former PR members.

“They remain the ruling power here and have a great influence in the region,” said Evgen Vasilyev, from the Vostok-SOS Charitable Organisation. “This influence is gradually increasing. You can't just look at it quietly.”

Vasilyev and his colleagues Kostiantyn Reutsky and Ivetta Kuzmina are all running in the Luhansk region as independents, even though they acknowledge that their chances of winning power are small.

“I have the greatest chance because I am running in the district where we have worked for many years, Vasilyev continued. “Iva has a good chance as well, because we also worked in her district. Kostya has the least chance, because in his district we worked for a little while and a long time ago. But, as Kostya said, he at least would weaken the chances of pro-Russian candidates and would let someone else win, someone who has never been linked to the Party of Regions.”

It seems that Servant of the People is likely to reap more benefit than their Voice rivals from this potential disruption of the PR’s fortunes. In the Donetsk and Luhansk regions, Servant of the People’s popularity - while much lower than anywhere else in the country – remains high at 33 per cent, according to recent polls.

Their candidates in the east include Evgeny Vasili, a businessman who has lived in Kiev since he was displaced from Donetsk in 2014. He  will run in one of the majoritarian districts of Donetsk region.

Vasili said that he was running because since Zelensky’s victory “the time of real change has come”. However, he is unknown in the district and received his certificate of candidacy only in late June, which means that he has only a couple of weeks to run his election campaign.

Servant of the People does seem to have the advantage over the Voice, which was only established in May and has between six and nine per cent support nationally. As half of the 450-member parliament will be elected through party lists, this means that it could have just 13 to 19 representatives. In the Donbas region, its rating is less than one per cent.

In addition, the Voice has not nominated candidates for majoritarian constituencies in the Donetsk and Luhansk regions.

“It is not like we are ignoring the east; we just could not find like-minded people here,” said economist Pavel Kukhta, a Voice leader who directed the development of the party programme. “It is not a part of our policy regarding the region; we don’t have majoritarian candidates at all the country’s electoral districts. The majoritarian system is a big problem, it is very hard for ordinary people to win, but it is easy for those with money.”

Vakarchuk’s sharpened his rhetoric may also alienate some in the east. On July 15, in reaction to a visit Boyko made to Moscow, he introduced a bill to make “separate talks with representatives of the aggressor state” a criminal offence.

Economic development is central to any policy on the east. Since 2014, the Donetsk and Luhansk regions have lacked any internal resources for rehabilitation or development.

And while western and central Ukraine have benefited from the economic growth of the decentralisation policy and association agreement with the EU, the eastern part of the country still struggles to overcome a decline caused by the disruption of domestic economic ties and the end of trade with Russia.

The stagnation that followed the war has largely destroyed the industry and infrastructure of what was once the most urbanised region of Ukraine, with a population of 7.5 million.

The Voice’s programme includes a section on support for internally displaced people and “Ukrainians in the occupied territories”.

Kukhta added that they supported the reconstruction of checkpoints at the demarcation line, along with decent road building in Luhansk. Businesses in the Donetsk and Luhansk regions also needed to move towards new markets, he said.

But Zelensky can already point to some successes in his policy towards the east. Andrey Motovilovets, a Servant of the People candidate, said that the presidential administration had held meetings in recent weeks on changing the conditions for entry and exit at the checkpoints in the regions of Donetsk, Luhansk and Crimea.

And for the first time since 2016, there was a disengagement of forces in the Luhansk checkpoint of Stanytsia Luhanska, the only connection to the rebel-held territory. After Zelensky’s appointment of a new Luhansk governor, the regional administration launched a long-needed bus connection from the Ukrainian checkpoint to the opposite side.

Zelensky also recently said that he would involve Ukrainian oligarchs, including Akhmetov, in rehabilitating the Donetsk and Luhansk regions. Vakarchuk immediately objected to such a plan.

“We believe that this would strengthen the position of the oligarchs. If they invest money in something, they own it,” said Kukhta from Voice. “We believe that it is reasonable to use them as a resource for the budget through taxation, and it should be done by the state.”

Others argue that the biggest challenge is not to win over the still-occupied territories, but to rehabilitate areas now in Ukrainian hands.

“Besides the war itself, there are many economic, social, environmental, infrastructural problems in the region,” said Vyacheslav Likhachev, a human rights observer. “They were not caused by the war, but it has certainly aggravated them. This is a territory that was liberated physically by military means five years ago, but we still need to fight for people’s understanding.

Giving Voice, Driving Change - from the Borderland to the Steppes
Ukraine
Conflict, Elections, Reconstruction
Connect with us