Communication is sketchy in the Russian-occupied city as former residents try to locate loved ones struggling to access fuel, food and water. 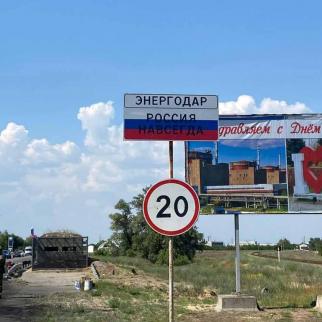 Russian troops control the entry and exit to Energodar, a city in southern Ukraine, which is home to the country's largest nuclear power plant. The city, with a pre-war population of 53,000 people, was occupied in the early days of the Russian invasion. The sign reads "Energodar. Russia, forever." © IWPR

Occupied Energodar, as Quiet as a Graveyard

The city, home to Europe’s largest nuclear power plant, fell into Russian hands on March 4, and it is now impossible to leave.

Communication is sketchy in the Russian-occupied city as former residents try to locate loved ones struggling to access fuel, food and water. 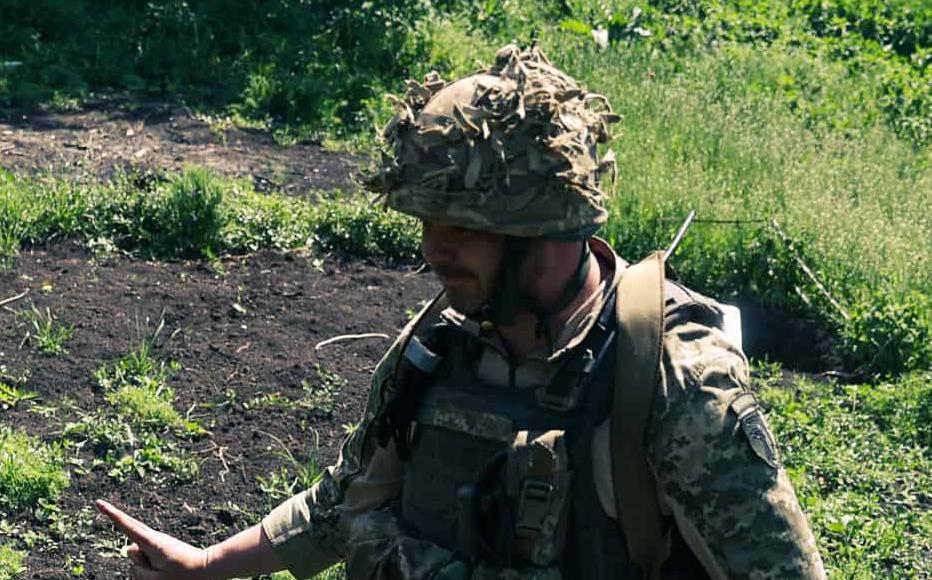 A Ukrainian soldier walks past a missile from the MLRS Uragan at the frontline positions near Izyum, the south of the Kharkiv region. May 23, 2022. © Anatoliy Stepanov
The link has been copied

The strategic city of Izyum in eastern Ukraine endured weeks of relentless Russian air and artillery attack until it fell on April 1.

It was an important win for the Russians. The city that was once home to 46,000 people sits south-east of Kharkiv and is a gateway for Donbas; the region’s railway service and the Kharkiv-Rostov route pass through it.

But although it has fallen into Russian hands, the fighting there continues. Those who managed to leave in the early days of the invasion are frantically trying to track down loved ones who did not escape the occupied city.

“The most horrible thing to me in this entire horror is that there is no focused evacuation," explained one former resident, Svitlana. “It seems that all the fragile and bed-ridden people are rotting away alive in their beds… how many of them are there?”

Izyum is strategically relevant because it sits on a high point. Whoever controls the city can, from the local mountain of Kremyanets, control the area from above, including the single road leading to Donetsk.

“Izyum is the staging point for the invaders,” local council member Maxym Strelnyk told IWPR. "They have not advanced far from Izyum towards the Donetsk region…This is why there is constant shelling."

Ukrainian forces continue to target Russian ammunition depots and military facilities, although it was deemed too early to fight to regain control of the city itself.

Izyum mayor Valery Marchenko left the city on March 14 on the instructions of the regional administration. His deputy Volodymyr Matsokin told IWPR that the municipality had relocated within the Kharkiv region and continued to work remotely.

However, up to 80 per cent of the city, including almost the entire critical infrastructure, has been damaged. Izyum’s de-facto Russian administration and its local collaborators have been attempting to restore electricity and water supplies, but in numerous areas facilities are beyond repair.

Medicines are also in short supply, with many pharmacies looted. Former residents reported that part of the food supplies, which Russians delivered as supposed humanitarian assistance, was in fact being sold in shops in Izyum itself.

Evacuation efforts have been slow since the invasion began.

"For the elderly and disabled, the journey remains impossible."

"It was very difficult to leave because of fuel shortages," said Kateryna, who managed to flee Izyum in early March. "We managed to escape with what we still had in our car… We drove through massive traffic, there were cars with Kharkiv, Donetsk, and Luhansk plates. We drove westward for six days, it was an endless jam. My husband's parents stayed in the town, and his grandmother. She could not survive such a trip."

The Siversky Donets river, eastern Ukraine’s main waterway, flows through Izyum, cutting the city in two. By March 9, Ukrainians had destroyed the bridges to prevent the Russians from moving forward, and it was only then organised evacuation attempts began.

As communication was hard, many simply did not know the evacuation was happening. On March 10, only 44 out of some 60 evacuation buses organised for that day actually left, as so many people were either unaware of the operation or refused to leave. For them, hiding in basements was their only option.

Anna, a former resident who managed to flee in the early days of the fighting, said that one morning in early March, one of her classmate's parents surfaced from the cellar to feed a cat.

“Suddenly, they saw an empty bus. They just managed to grab their documents in the basement, jumped on the bus and left."

No organised evacuation took place for the next two months. A few people managed to escape through villages and woods as the roads were randomly blocked by the Russians. Then on June 1, the sides agreed on a new, single evacuation road.

From Izyum, people head 74 kilometres north to Kupyansk where they cross a half-destroyed dam into Ukraine-controlled territory and are met by Izyum’s local representatives.

For the elderly and disabled, the journey remains impossible, and the Russians do not allow men under 60 to leave occupied territory. The locals fear forced conscription like in the so-called DPR and LPR.

Residents, disconnected from any form of reliable communication with the outside world, now have to rely on rumours and anti-Ukrainian propaganda.

The shelling has targeted mobile phone towers and signals were further jammed to impede locals transfering critical military data, including locations of troops and vehicles, to the Ukrainian army.

Those who manage to charge their phones, sometimes using their cars or generators, can climb either to the top of the Kremyanets mountain, or to buildings’ upper floors to catch a signal and make a short call or send a message. The connection is unstable and residents told IWPR that Russian soldiers intervene whenever possible to cut such attempts short.

Anna, who struggled for weeks after she left to connect with her mother who had remained in Izyum, told IWPR that “it [was] very difficult not to know".

"When we finally talked in early April, the first question she asked was, ‘Do you watch the news? Who are the authorities now?’” Anna said.

"I am very scared. I do not tell my relatives what happened in Bucha,” said Natalia, another former Izyum resident, referring to the atrocities Russians perpetrated in the Kyiv suburb they occupied until the Ukrainian military liberated it on March 31. “I hope they don't know about this as they don't have the internet."

After three months of occupation, life for those left stranded in Izyum continues to be a daily struggle.

"People are living there in a world turned upside down,” deputy mayor Matsokin said. “What is the most terrible for me personally, is that people are getting used to this - and that I can do nothing about this. I can't stop this."