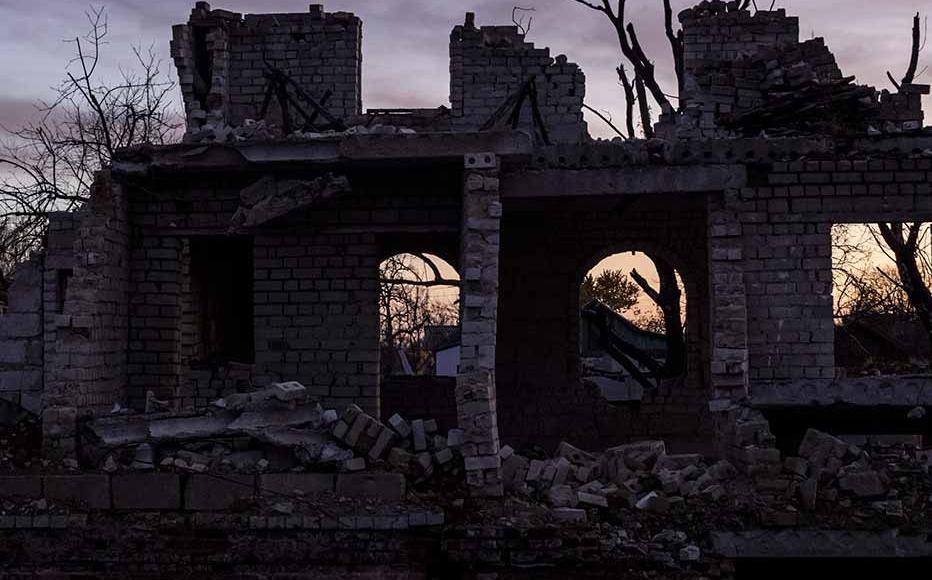 Russian serviceman sentenced to 12 years in prison in absentia.

A house destroyed during battles at the start of Russia's full scale invasion, in Chernihiv Oblast, Ukraine. © Ed Ram/Getty Images
The link has been copied

A Ukrainian court has issued the first verdict of sexual violence as a war crime in the case of a Russian soldier who attempted to rape an underage girl in a village near Chernihiv.

The Novozavodskyi District Court of Chernihiv convicted two Russian soldiers in absentia for the brutal treatment of civilians. One of the soldiers, Ruslan Kuliiev, molested the teenage girl and threatened to kill her relatives if she did not agree to have sex with him.

"I see him every night in my sleep," the girl told local media outlet Suspilne Chernihiv, her face hidden to protect her identity.

On March 9, Chudin and Kuliiev, together with other armed Russians, arrived in a military vehicle at one of the houses in the village of Lhiv near Chernihiv. This settlement was occupied by the Russians on March 3 during the blockade of Chernihiv. According to locals, about 1,000 Russian soldiers came to the village and settled in people's houses. They committed numerous acts of robbery and frequently got drunk.

Russians lived in the house of the family in question for three weeks. Their household was made up of a young man whose age was not made public, his teenage sister and their grandmother.

The girl’s age was also not specified, although local journalists reported that she was 16. According to Ukrainian law, a person is considered an adult only when they turn 18.

After Russian soldiers discovered that the young man had previously served in the National Guard, he was abused and interrogated in an attempt to obtain military information.

Chudin and Kuliiev beat the victim, took him outside, handcuffed him, stripped him and left him in the yard in the cold for four nights in a row.

Kuliiev settled in a separate room of the house and came to the bed of the sister every night.

According to the investigation, on the night of March 10, Kuliiev intended to rape her and used force, pushing girl onto the bed, sitting on her legs and twisting her hands. He then hit her on the head with his gun and threatened to kill the girl's close relatives and hand her over to other Russian soldiers for rape if she refused to have sex with him. The girl resisted and was able to break free and call loudly for help, scaring him.

She told Suspilne Chernihiv that Kuiev had then gripped her by the throat and said, “If you scream when I harass you, I will twist your neck. If you don't have sex with me voluntarily, then I will kill your grandmother and brother and everyone will rape you.”

Kuliiev repeated the rape attempt the following night. He pushed the girl onto the bed, tore the zipper on her jacket and tried to forcibly undress her.

The girl began to scream and call for help, at which Kuliiev again put his hands around her throat and began to strangle her.

As stated in the case materials, "he did not bring his criminal intent to the end, for reasons beyond his control, namely, the deterioration of the minor's mental health, which manifested itself in the onset of an acute nervous breakdown".

The grandmother interceded for her granddaughter and got into to bed next to her. According to the victim, Kuliiev pointed a knife at the grandmother's throat.

Soon after, a relative took the girl to her own house. However, Kuliev repeatedly tried to extract information about her whereabouts from the girl’s brother. He beat him on the legs with a pool cue, shot in his direction with a machine gun and pointed a loaded hand-held grenade launcher at him.

As the prosecutors in the case emphasised, referring to the articles of the Additional Protocol to the Geneva Conventions of August 12, 1949, such actions are prohibited and will remain prohibited at any time and in any place, regardless of whether they are performed by representatives of civil or military authorities: violence against the life, health and physical and mental state of persons (murder, torture of all kinds - physical or mental, corporal punishment, mutilation), abuse of human dignity, hostage taking, collective punishment, threats to commit any of the above actions.

Both Kuliiev and Chudin were indicted by Ukrainian investigators under Part 1 of Art. 438 of the Criminal Code of Ukraine - cruel treatment of the civilian population. Crimes under this article are punishable by imprisonment from eight to twelve years.

The case was transferred to the court in the summer and a preliminary hearing scheduled for the beginning of August, which was postponed due to the failure of the defendants to appear. According to the procedure, they were repeatedly summoned by announcements on the court's website, as well as in the Government Courier newspaper. The prosecutor's office assumed that the accused may continue to participate in hostilities against Ukraine.

The victims in the case gave evidence to the court in a session closed to the press.

On November 2, the Novozavodskyi district court sentenced Kuliiev in absentia to a maximum of 12 years in prison and Chudin to ten years in prison. Both were declared internationally wanted men.

"If the verdict of the court remains unchanged, then Chudin and Kuliiev will be wanted for the execution of the sentences at the same time. If they are detained on the territory of countries that cooperate with Ukraine, Europe in particular, they will be detained and transferred to Ukraine to serve their sentences," prosecutor Ihor Kondratiuk told Suspilne Chernihiv.

He added that the sentence had not yet entered in to force as there were 30 days for an appeal. This will proceed with state-appointed lawyers so that there will be no doubt about the objectivity of the proceedings if this case reaches an international court.