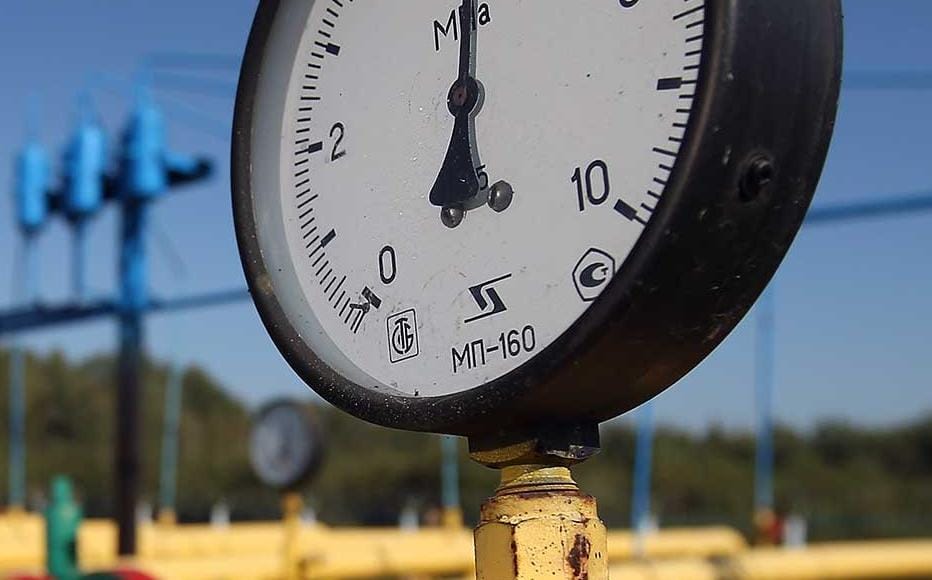 A pressure guage stands on a pipe at the Dashava natural gas facility in Dashava, Ukraine. © Sean Gallup/Getty Images
The link has been copied

Ukraine is bracing itself for a potential winter energy crisis which experts warn could have both political and geopolitical consequences.

In the past, problems with energy supplies over the winter season have been associated with limited reserves of natural gas. As of the first ten days of November, these reserves amounted to 17.9 billion cubic metres; a third less than last year, but according to experts still sufficient for the cold months.

“Historically, we had winters in Ukraine with smaller gas reserves than we have now,” said Elena Pavlenko, president of the energy analysis DiXi Group. “The only problem is that if the coming winter is very cold, additional purchases of gas will be needed, the prices for which are extremely high.”

The situation has partly been stabilised due to the country’s four nuclear power plants, of which 12 out of 15 reactors are currently in operation. However, nuclear power cannot quickly adapt to changes in demand.

This leaves coal as an essential source of flexible power generation. But, as of November 1, the country’s coal reserves amounted to 542,800 tonnes, almost four times less than the volume required to ensure sustainable supplies throughout the winter season. Meanwhile, in October alone - when the weather remained relatively warm - these reserves decreased by a third. Without sufficient reserves, Ukraine is at risk of experiencing rolling blackouts as it did in the 1990s.

Pavlenko noted that daily consumption of coal in the winter months ranged from 10,000 to 50,000 tonnes, depending on weather conditions.

“If the winter is very mild, these reserves might be enough until the end of the heating season,” she continued. “In the case of even average temperatures, this amount will clearly be insufficient. And in frosty conditions these reserves will be used up in a week and-a-half.”

The purchase of further coal supplies is impossible as China buys up all available reserves on the global market. Under such circumstances, Kyiv can only hope that it will be possible to manage on the reserves available for several months until the situation on the foreign market changes.

Coal generation in Ukraine is in the hands of private companies, which control fuel purchases. The state’s role is supervisory, to ensure that these businesses buy enough to prevent an energy collapse during the winter. This year the companies postponed purchases, citing the lack of available funds.

Analysts argue that the state failed to address this problem when it arose, leading to a crisis that cannot now be addressed through emergency measures such as the use of thermal power plants fuelled by gas.

“In August and September, when it was already clear that the coal reserve was not being made [up], the ministry of energy refused to acknowledge the problem, claiming that the situation was under control,” said Mikhail Gonchar, president of the Center for Global Studies Strategy XXI. “As a result, we have a serious problem, which will be extremely difficult to solve.”

According to him, the current situation creates a “window of opportunity” for Russia.

“If nothing changes in a month, the danger of rolling blackouts and even collapse of the power system will be more real than ever,” Gonchar continued. “And if now public opinion is against the purchase of electricity from Russia, when the situation is closer to collapse there will be no other alternative. And this will become a trump card in the hands of pro-Russian propaganda to push for reconciliation with Russia - how can you call it an aggressor and at the same time, ask it to help you?”

Technically, Ukraine can purchase electricity from Belarus as well as from Russia. Despite uneasy relations with President Alexander Lukashenko, Kyiv sees this alternative as far less problematic than buying it from Russia.

A senior Ukrainian energy official, who asked not to be identified, said that Minsk made this decision under pressure from Moscow because Russia had previously blocked Ukraine’s attempt to purchase steam coal from Kazakstan.

“Now, we must get ready for attacks on our energy facilities, these are not just cyber-attacks, but acts of sabotage too,” the official said. “It looks like Moscow is doing everything to push us to ask it for help.”

Another reason why this winter may see Russia press for an energy crisis in Ukraine is because Kyiv is mandated to join the pan-European ENTSO-E energy system in 2023, as stipulated by its EU association agreement.

“The Ukrainian energy system will merge with the European network ENTSO-E in 2023 and will be disconnected from Russia and Belarus for good, with which it is now working in synchrony,” said Maria Tsaturyan, spokeswoman for the Ukrainian state-owned company Ukrenergo. “This is critical for energy security not just for our country, but also for Central and Eastern Europe. The country has successfully met all the technical requirements of ENTSO-E, and we have already received a positive report on the possibility of such integration in 2023.”

She said that there was only one step left to achieve this goal, an exercise to take place next year. -

“Along with Moldova, we must demonstrate the operation of the power system in a mode isolated from the power systems of the Russian Federation and the Republic of Belarus,” she continued. “It will last for several days in winter and several days in summer of 2022. After that, at the end of 2022, we will count on synchronisation with the European network.”

Pavlenko said that this current crisis might indeed be a Russian attempt to prevent the integration of the power networks before it was too late.

“The chances of successful testing in summer are very high,” she said. “So, the disruption during winter is probably the last chance for Moscow to disrupt the process and leave Ukraine energy dependent on Russia.”