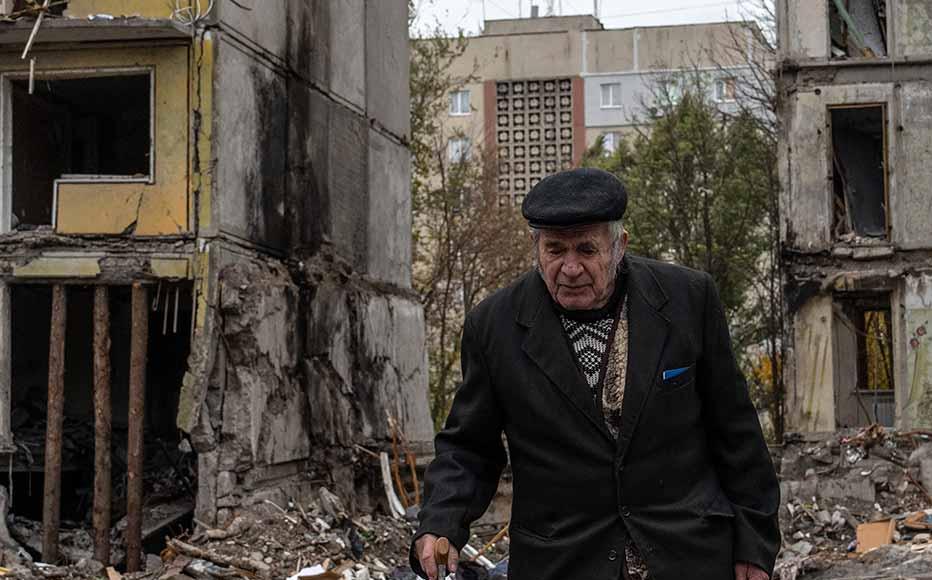 An elderly man walks by an apartment block that was destroyed by a Russian missile attack earlier in the month, on October 28, 2022 in Zaporizhzhia, Ukraine. © Carl Court/Getty Images
The link has been copied 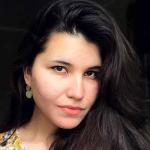 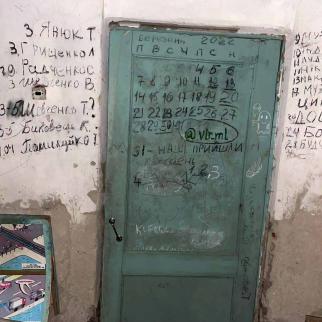 Russian soldiers imprisoned hundreds of civilians in this basement in Yagidne village in the Chernihiv region for weeks. The list of those who died or were killed was kept on the wall. © Iryna Venediktova, former Prosecutor General of Ukraine/Facebook

With fierce fighting continuing in the southern Kherson region, the Ukrainian army are pursuing a counter-offensive along the entire front line from Zaporizhzhia to Mykolaiv on the right bank of the Dnipro river.

As Ukrainian forces approach Kherson, the regional centre with a pre-war population of 290,000 people that has been in Russian hands since the start of the full-scale invasion, they describe more evidence of war crimes.

A special operations soldier, who asked to remain anonymous, said that he had seen many instances of Russian atrocities in the liberated territories.

“This will not be shown in any (horror) film,” the soldier said.

“We intercepted conversations of Russian servicemen and heard them say that civilians who do not cooperate with the occupiers should be killed,” he continued. “We heard an order from one of the Russian commanders for soldiers to ask the locals how to get to a certain village and to kill them immediately.”

A woman from the village of David's Breed, in the Kherson region, said that her daughter had been raped by Russian soldiers.

“When Russian soldiers saw a beautiful girl, they raped her,” she said. “If she refused to spend the night with them, they killed her husband or abused her child,” she continued. “That's why the girl had to agree.”

Over messenger, Kherson resident Serhii related how he had been captured by the occupying forces in March, spending a week locked in a basement where he was beaten and interrogated by Russian security service investigators.

Later, he was taken out on patrol in an armoured personnel carrier and dispatched to the front line.

“Then they interrogated me. Russian soldiers beat me and demanded information about the armed forces. When they realized that I didn't know anything, they let me go and threw me out in the middle of the field. That's how I got [back] to Kherson, and now I live here.”

Serhii said that Russia was continuing to mobilise the local population in occupied Kherson, forcibly recruiting men to fight against their compatriots. He had heard, however, that those mobilised were already reaching out to Ukrainian services with questions about how to surrender.

Serhii added how Russian soldiers had fantasised about moving to the Kherson region right from the start of the war.

One, he continued, “told me how good this place is. And that he will move his family here. And I thought that he wouldn't succeed”.

The special operations soldier said that the Russian occupiers had indeed brought their own families to the cities of Snihurivka and Kherson at the start of the war. Some of them rented flats, while others simply appropriated private homes.

However, they began to return their families back to the Russian Federation two weeks before the start of the Ukrainian counteroffensive.

Russian soldiers also appear to be fleeing in some disarray as the Ukrainians advance, often simply leaving their vehicles.

The situation was reminiscent similar to that in the Kharkiv region, when Russian soldiers also abandoned their positions.  But the special operations soldier pointed out a key difference between the southern and northern sectors.

“In the Kherson direction, the distance between villages is small – two to five kilometres. When we liberate these villages, the enemy starts shelling the artillery, which is constantly flying towards our positions,” he said. “Therefore, the ban on entry to these villages continues to apply, both for the population and for volunteers and journalists. It is dangerous. The situation is different in the southern and northern sectors.

“There, the military, who have liberated the territory, can immediately go on the defensive, because the distance from populated areas is greater.”

He described how locals had welcomed the Ukrainian forces, having suffered extremely harsh conditions during the occupation. Locals from liberated villages now gathered together to live communally in buildings that had survived the bombardment. With winter coming, most of the occupied villages lack electricity, heating, and water, so residents survived by cooking over campfires and lighting fires to keep warm.

But the group commander of the Ukrainian special operations unit said that morale remained  high, despite the difficulty of combat operations on the southern front.

The Russian occupation authorities in Kherson subsequently announced the “evacuation” of the local population to the left bank of the Dnipro River and Russia because of the threat of a Ukrainian counteroffensive. The Ukrainian authorities described this as deportation and an attempt to change the demographic composition in the occupied territories, expressly prohibited by the Geneva Convention.