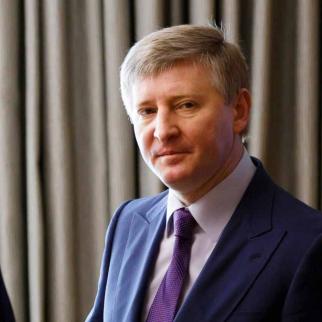 On July 11 Ukraine's wealthiest man, Rinat Akhmatov, announced he would exit his media business. The media holding includes Ukraina and Ukraina 24 TV channels, which before the full-scale war were among the most-watched channels in the country. By doing so, Akhmetov seeks to escape being officially classified as an oligarch in Ukraine. 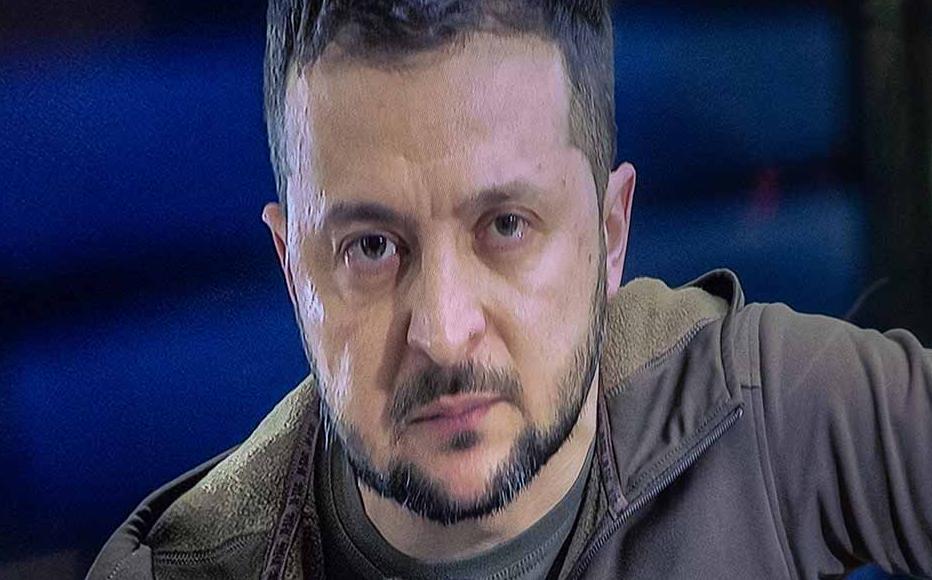 Seen on a monitor at a press conference Ukrainian President Volodymyr Zelensky takes questions from the media on April 23, 2022 in Kyiv, Ukraine. © John Moore/Getty Images
The link has been copied

Ukraine’s new media law has been years in the making and should see the light by late autumn, as parliament debates it through the mandatory three readings. Once adopted, deputies plan to tackle the regulation of the advertising industry.

The new framework is a prerequisite for membership dialogue with the EU, one of seven conditions laid down by Brussels for fast-track candidate status. But the legislation, which must be adopted this year, has encountered stiff criticism from Ukrainian journalists and the international media community.

The key point of contention is establishing a media regulator under the auspices of the government. The European Federation of Journalists (EFJ) argued that the draft amounted to “forced regulation” in the hands of a regulator “controlled by the authorities,” a feature it said was “characteristic of only the worst authoritarian regimes”. EFJ secretary general Ricardo Gutiérrez insisted that, with such a provision, Ukraine should have no place in the EU, and the New York-based Committee to Protect Journalists has joined the federation in calling for the bill to be scrapped.

“Media regulation should be carried out by a body that is independent of the government, and its goal should be media independence, not control,” Gutiérrez said in a statement. “The Ukrainian authorities should start a frank dialogue with the representative organisations of journalists, the Union of Ukrainian Journalists and the Independent Media Trade Union of Ukraine, as well as seek advice and expert information from the Venice Commission of the Council of Europe and the services of the European Union.”

Ukraine’s journalists’ union agreed that the law would limit freedom of speech. Sergiy Tomilenko, the union head, told IWPR that the draft bill was developed behind the scenes, without open dialogue. He argued that such a significant reform should not be undertaken when journalists need to be able to focus on their vital wartime work.

Tomilenko believes the complex legislation is not only controlling but intrusive. With 300 amendments, he said it sought to “influence the activities of every journalist in Ukraine independent of the media in which they work through a single regulator”.

Around 20 per cent of Ukrainian media have closed, and the sector is facing extreme financial pressures. In these circumstances, the union chief said the draft law represented a significant distraction from an already extremely difficult situation. “There will be even more unemployed media workers if this law . . . is adopted,” Tomilenko told IWPR.

In July, Rinat Akhmetov, Ukraine’s wealthiest businessman, announced he had relinquished the control of his Media Group Ukraine, leading to the dismissal of around 4,000 people.

Journalists in Ukraine reacted sharply to the bill, with many fearing that it would become a means of closing down mass media or cancelling their licenses, noted Ukrainian analyst Larisa Drozdova.

At the same time, information warfare is a lethal weapon, and under conditions of martial law journalists must be responsible and provide verified data, Drozdova told IWPR.

“Since we have a war, the laws must also be strict,” she continued. “Telegram channels, which became very popular in Ukraine during the war, should also be controlled. The information published is often unverified. It can deliberately throw in Russian propaganda to control the consciousness of people who perceive information uncritically.”

Over social media such as Twitter, the most emotional and provocative headlines get the most views.

“No one thinks about whether the information there is verified or not,” Drozdova said. “The main thing is the hottest possible headline and that's all – critical thinking is turned off. Mass media are really the fourth power in society, so journalists should be much more responsible.”

The law on media has been one of the most hotly debated in Ukraine over the past two years, explained Mykyta Poturaev, a deputy from the presidential Servant of the People party and head of the Rada’s committee on humanitarian and Information policy. But he claimed that only pro-Russian media and media profiteering outside of any regulation would be harmed.

“Before the war and even more so now, online media occupied 50 per cent of the media market in Ukraine… In conditions where one half is under regulation and the other is not, that's unfair and unequal competition, and it won't work. The law will cover all media, including online,” Poturaev concluded.

This is precisely what concerns some critics. With the launch of Russia’s countrywide assault in February, the Ukrainian National Security and Defence Council united all national news channels. Now, when Ukrainians switch on the TV, they see the same broadcast, with an exception only for childrens’, music and other thematic channels and local outlets.

The unification did not include Espresso, Channel 5, and Priamyi,channels which often critically cover the activities of Ukrainian president Volodymyr Zelensky and which are associated to varying degrees with his predecessor Petro Poroshenko.

Their frequencies were effectively confiscated in favour of a single TV channel, so now these three critical media are available only on cable networks, satellite and the internet – significantly decreasing their audiences and influence.

At the same time, the activities of online media, which are not subject to state regulation, were unrestricted.

In total, five laws operate in the Ukrainian media sphere and most of them are outdated. The law on the National Council for Television and Radio Broadcasting dates back to 1997 and is based on French and Polish rules. Even over that time, in France, for example, these laws were revised several times, while in Ukraine only minor adjustments have been made. An update has become necessary and was made mandatory by the EU as a precondition for talks.

Poturaev said the parliament had planned to adopt this media law in 2020, when the Council of Europe and EU delegation to Ukraine issued clear statements that the law met European standards and called for its immediate adoption. But Poturaev claimed that deputies were not ready to vote because of manipulative conversations in the media about the bill.

“They complained that the bill limited the rights of journalists, although this never happened. But since journalists are really the fourth power in Ukraine, part of the deputies were afraid to vote for the bill, despite the positive conclusions of European colleagues,” he said.

Speaking at a recent briefing, Olga Gerasimyuk, head of the national council of television and radio broadcasting, urged Ukrainian media professionals to read the law’s small print carefully. She insisted that the national regulator would in fact contribute to the development of the information environment and would not become a state censor.

“The draft law does not contain anything that could indicate the possibility for the regulator to become a censor or a monster for journalists. It will not interfere with the work of journalists and will not block bloggers,” she said. “These are stereotypes."