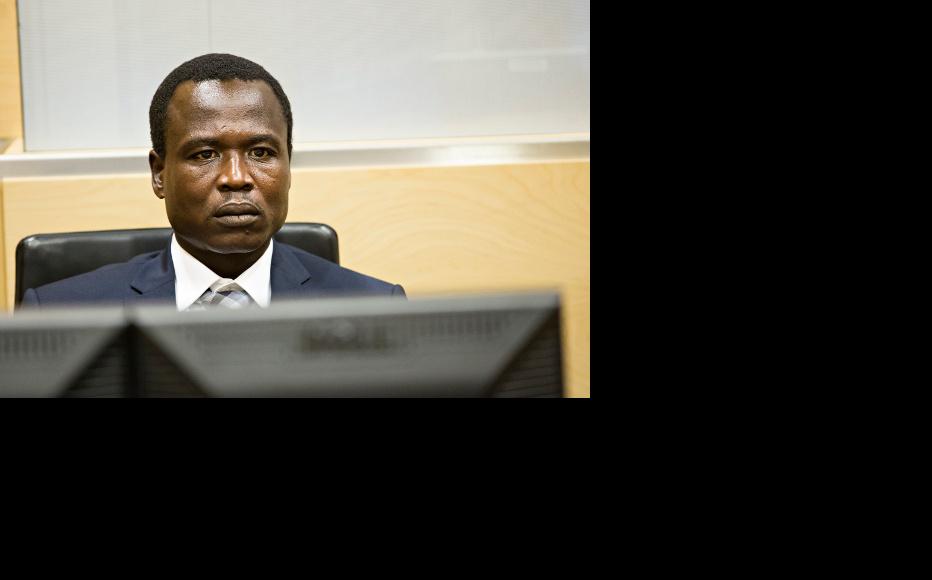 Dominic Ongwen in court on January 26. (Photo: ICC-CPI/Flickr)
The link has been copied

A senior commander in the rebel Lord’s Resistance Army (LRA), Dominic Ongwen, appeared before a judge at the International Criminal Court (ICC) this week to face charges of war crimes carried out during a 20-year conflict in northern Uganda.

It was ten years ago that the ICC issued an arrest warrant against Ongwen and four other top LRA commanders including the leader, Joseph Kony, who is still at large. Ongwen is the first to be taken into custody.

Wearing a crisp navy-blue suit and checked tie, Ongwen looked despondent as he sat in court on January 26, following proceedings through a headset with translation from English into his native Acholi.

Ongwen was apprehended on January 6 by Seleka rebels in the Central African Republic (CAR). They then turned him over to United States forces operating in the region. It is not clear whether he surrendered or was captured.

The case against Ongwen and other LRA leaders stems from the insurgent war the group waged in northern Uganda between 1987 and 2006. The ICC can only prosecute crimes committed after July 2002, however.

The conflict left about 100,000 dead and two million people displaced. The LRA abducted an estimated 60,000 children, many of whom were forced to become child soldiers.

After leaving Uganda in 2006 following a peace agreement signed in Juba, South Sudan, the LRA redeployed across the border in the northeast of the Democratic Republic of Congo (DRC), and proceeded to attack and displace civilians and abduct children there.

For the last nine years, the LRA has operated in the region around the borders of DRC, CAR and South Sudan. The sheer size of the area and the inaccessible jungle environment has made it easy for the rebels to cross frontiers to conduct raids and evade capture.

The atrocities in northern Uganda were the first to be investigated by the ICC after the Ugandan government referred the conflict to the Hague-court in 2004.

Kony and another commander, Okot Odhiambo, remain at large while two others wanted by the court have died since the arrest warrants were issued.

Ongwen faces trial for three counts of war crimes and four counts of crimes against humanity that stem from a May 2004 attack on the Lukodi camp for internally displaced persons near the town of Gulu in northern Uganda.

At this week’s hearing Judge Ekaterina Trendafilova asked Ongwen to confirm his identity and whether he understood the charges against him and his rights as a defendant.

Ongwen’s lawyer, Hélène Cisse, emphasised her client’s limited understanding of English, and told the judge that all court documents and evidence would need to be translated into Acholi.

She pointed out that Ongwen became part of the LRA when he was abducted by members aged 14 and “forced to stay 20 years in the bush”.

The judge scheduled a further hearing for August 24 in order to confirm the charges against Ongwen. At that point, the court will hear from the prosecution and Ongwen’s defence to determine whether there is sufficient evidence to proceed to a full trial.

Since the ICC issued arrest warrants against the LRA leadership in 2005, Ongwen is believed to have continued directing armed operations.

In recent years, LRA fighters have raided and plundered towns in CAR and DRC, and carried out mass killings. The advocacy group Human Rights Watch cites one incident in 2009, for example, in which more than 300 people were killed and 250 others abducted, including 80 children, in the Makombo area of northeastern DRC.

A petition submitted on January 26 by the ICC department that deals with victims of mass crimes argued that the charges against Ongwen listed in the warrant were too narrow. It called for new charges to be levelled for crimes ascribed to the LRA in the period after the warrant was issued, including crimes that occurred outside Uganda.

It is not yet clear whether the ICC’s prosecutor, Fatou Bensouda, will seek additional charges.

Alex Whiting, a former member of the ICC’s Office of the Prosecutor, said it was possible fresh charges could be added as further evidence was gathered in the run-up to the trial.

“Since the warrant in the case is so old, the Office of the Prosecutor will need to do additional investigation [to support existing charges],” Whiting said. “In that process, it is very possible that it will uncover evidence supporting additional charges.”

Paul Ronan, project director of Resolve, a group that monitors LRA activity, said an investigation into crimes committed in northeastern DRC was likely.

Ongwen was kidnapped by LRA forces on his way home from school in northern Uganda. He was placed under the command of Vincent Otti, a high-ranking LRA commander who was indicted by the ICC but has since died.

Over the years Ongwen rose in rank and reputation. LRA Crisis Tracker reports that he was awarded the rank of “major” by the age of 18 and became a “brigadier” in his late twenties.

The fact that Ongwen was abducted has been the subject of some debate.

At a recent public lecture in The Hague, Harriet Ssali Lule, deputy registrar of the international crimes section of Uganda’s High Court, spoke about the “unique” nature of the LRA war, in which it was difficult to draw clear distinctions between victims and perpetrators.

Although the issue may raise moral questions, legal experts say it cannot be a defence for a suspect’s subsequent actions and hence will not be an obstacle to ICC prosecutors.

Caroline Buisman, who is defending an ICC suspect in an ongoing case from Kenya, said Ongwen’s background as an abductee and child soldier would only be relevant at trial if the crimes he was accused of were committed while he was a minor, which is not the case.

Buisman noted, however, that the abduction could be a mitigating factor in sentencing, should Ongwen be convicted.

Ella Sonja West is an IWPR intern in The Hague.