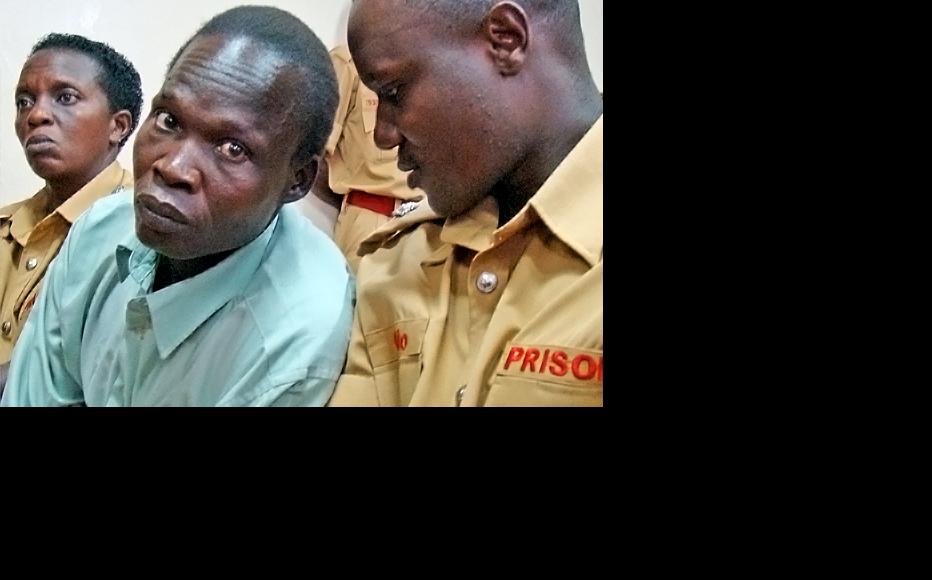 Thomas Kwoyelo at the start of his trial in Gulu high court. (Photo: Charles Akena/IRIN )
The link has been copied

The collapse of the trial of an alleged ex-Ugandan rebel chief has raised serious concerns about the country’s ability to put any of its war crimes suspects on trial, experts warn.

The trial of suspected former Lord’s Resistance Army commander, Thomas Kwoyelo, at the international crimes division of the Ugandan high court came to an abrupt end on September 22, when the constitutional court ruled that he qualified for amnesty under the country’s Amnesty Act.

The Amnesty Act was created in 2000 to aid the peaceful resolution of the country’s rebel conflicts and assist in the reintegration of combatants into their communities.

Kwoyelo is charged under the Geneva Conventions Act on 12 counts of war crimes, including five of wilful killing, three of serious bodily injury and two each of taking hostages and destroying property between 1993 and 2005. He also faces a further 53 counts under the domestic penal code.

The charges all relate to the two-decade LRA insurgency in northern Uganda that left tens of thousands dead and displaced nearly two million people.

The Amnesty Act, which remains popular with Ugandans, provides a blanket reprieve to former combatants who renounce violence.

The legislation allows anyone associated with a rebel army that has operated in Uganda since 1986 to be granted amnesty and therefore avoid prosecution in any Ugandan court.

Since it came into force, the law has resulted in more than 26,000 former rebels being reprieved, with over 12,000 of those from the LRA. It applies equally to high-ranking rebel leaders and abducted child soldiers.

“In the period [in] which that act was passed there was a very deliberate choice to keep it as broad as possible, including amnesty for very senior rebel commanders,” said Dr Phil Clark of the School of Oriental and African Studies in London.

Meanwhile, Uganda’s attorney-general has appealed to the supreme court to overturn the constitutional court’s decision to release Kwoyelo.

The director of public prosecutions, Richard Butera, argues that because Kwoyelo stands accused of war crimes under international law he cannot be reprieved under the Amnesty Act.

“We are convinced that this trial should have gone on,” Butera said.

However, if the decision to release Kwoyelo is upheld on appeal, the case could become a legal precedent that may make it impossible for Ugandan courts to try the country’s suspected war criminals.

Experts say that the Amnesty Act conflicts with two pieces of the international legislation that Uganda has adopted into domestic law, the Rome Statute of the International Criminal Court, ICC, and the Geneva Conventions Act.

Both international laws convey a certain obligation on Uganda to prosecute those responsible for war crimes and crimes against humanity at its newly created international crimes division of the high court.

At the same time, officials in Uganda who back the Amnesty Act and the purpose it served in bringing peace to the country say the legislation cannot stand in the way of holding war crimes trials.

“[The law] came out at the height of the war and I think there were strong reasons for blanket amnesty,” said Gadenya Paul, of the group Justice, Law and Order Sector, which advises the government on judicial matters.

“However, with the [end] of hostilities and Uganda domesticating the Rome Statute, and also with Uganda starting the international crimes division to complement the work of the ICC, I think the Amnesty Act has to be read in the context of internationally accepted principles.”

International experts say that the Kwoyelo case shows that adjustments to the Amnesty Act must be made in order to prosecute war criminals at the international crimes division.

“This is an important debate that is going on in Uganda about the role of prosecutions and the role of amnesties,” said Elise Keppler of the New York-based advocacy group Human Rights Watch.

“The constitutional court ruling does raise questions and concerns about its suggestion that amnesty could apply to [those who have committed] war crimes and crimes against humanity.”

Notwithstanding the inconsistency between Uganda’s amnesty law and its international obligations to prosecute war crimes and crimes against humanity, some legal experts say the latter should prevail.

“Under international law you cannot amnesty a war crime,” said David Donat Cattin, a legal expert for the group Parliamentarians for Global Action.

Other experts say that the Ugandan judiciary, in the absence of any legal precedent, should adhere to the country’s constitution, which points to the primacy of international law.

The legal inconsistencies thrown up by the Kwoyelo case have also prompted questions over whether the senior LRA leaders wanted by the ICC could also be granted amnesty.

In 2005, the ICC issued arrest warrants for the leader of the LRA, Joseph Kony, and his senior commanders. None have been apprehended and two have died while evading capture.

“If Joseph Kony had applied [for amnesty] I don’t know what would have happened,” Paul told IWPR.

However, legal experts say that whether Kony and his associates were to be granted amnesty or not, Uganda would still be legally obliged to hand them over to the ICC.

“The ICC is not bound by [the Amnesty Act]. This kind of amnesty is not any obstacle at all [to the ICC],” said Professor Kai Ambos, an expert in international law at Göttingen University in Germany.

Under Article 17 of the Rome Statute, a case is only inadmissible at the ICC if the state concerned has investigated and prosecuted the case itself. If Uganda is unable or unwilling to do this, then those indicted by the ICC must be handed over to the court.

“So even if Kony would get granted an amnesty [in Uganda] then the ICC would still say ‘well this is not binding for us’,” Ambos said.