Alarm at downing of Turkish fighter plane, but no appetite for military intervention.

Alarm at downing of Turkish fighter plane, but no appetite for military intervention. 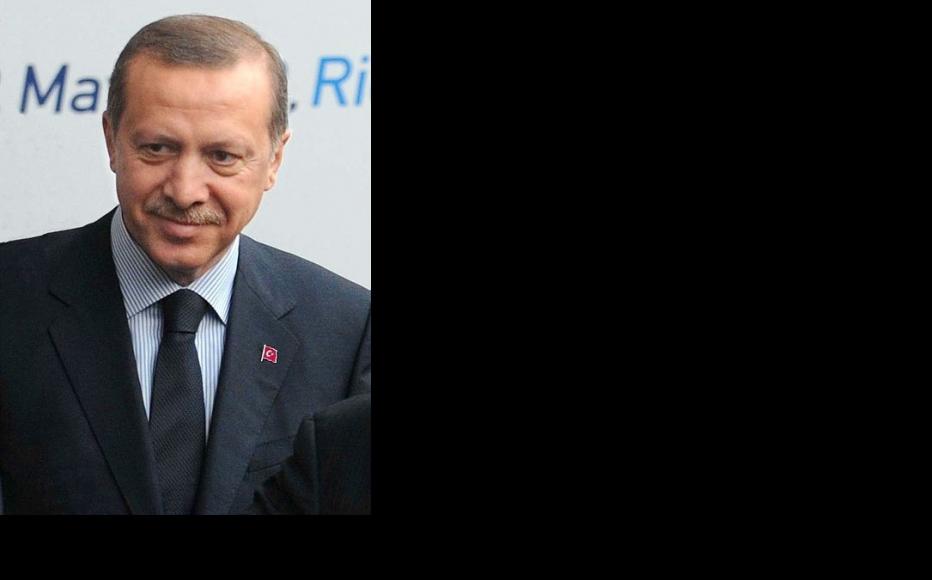 Turkish prime minister Recep Tayyip Erdogan faces hard choices about what do to on Syria, (Photo: Agencia Brasil/Wiki Commons)
The link has been copied

The downing of a Turkish plane by Syria's military seems to have finally jolted both the media and the general public in Turkey into wakefulness.

Having largely downplayed the growing problem on their doorstep for the past year, Turkish television channels and newspapers are now leading on their government’s evolving response to the crisis.

Although Turks are now alert to the crisis, calls for robust action or even intervention are in the minority. Most people are extremely wary of the prospect of conflict with their southern neighbour, and are looking to Prime Minister Recep Tayyip Erdogan for leadership.

The Turkish military has beefed up its presence and deployed anti-aircraft weapons along the frontier.

But the real offensive is diplomatic only. Erdogan has warned that he will not allow any kind of incursion by Syrian forces, but has ruled out the possibility of war.

The loss of an F4 Phantom and both crew members, shot down by Syria over the Mediterranean on June 22, has left Turks in a jittery mood.

Older people look back to the newspaper coverage of the 1974 conflict in Cyprus, while the younger generation is left in a state of disbelief and shock at the prospect of conflicts.

“We were such close friends [with Syria] – what happened all of a sudden?” asked Asife Ulu, a 26-year-old business manager in Istanbul.

Arzu Efeoglu, a 23-year-old university student in the same city, said, “I don't see how a war would help the Turks. It would cost many lives. Syria is not our problem.”

She added, “Turkey is not a fully mature democracy. We still have lots of problems to fix here before fighting for democracy elsewhere.”

Varol, a 51-year-old retired businessmen, still clings to the hope that normal relations with Damascus can be restored.

“We need to sit down at the table with the Syrian government in the presence of a mediator and sort out our differences,” he said.

According to Abdulhamit Bilici, a senior journalist and columnist with the Zaman newspaper, such responses are fairly typical and reflect a failure to grasp the scale of the crisis unfolding in Syria.

“It is very difficult to persuade Turks in favour of war with Syria. They can’t understand how we’ve become enemies after enjoying very good relations over the last few years,” he said.

In past decades, Turkey and Syria had a troubled, sometimes antagonistic relationship, but more recent years have seen a rapprochement – border restrictions were relaxed, visa requirements were dropped, and business activity boomed.

Even as protests escalated into something resembling a civil war over recent months, Turkish media continued to focus on domestic politics rather than the conflict next door. As a result, many people seem to have missed the fact that, with Syria, the good times are long over.

As Bilici put it, Turks are going to have to realise that “our good relationship with Syria dates from before he [President Bashar al-Assad] slaughtered people and ignored all the solutions offered by the international community”.

Turkey has the second largest military in NATO after the United States. That, and its proximity to Syria, lead many to believe that Turkey would be expected to spearhead any military intervention.

“America is pushing Turkey to fight with Syria, which the West won’t do itself because of elections and the economy. They worry about their losses, while ours would come cheaper for them,” Tayfun Coskun, a 33-year old photographer, said.

The mood of extreme caution is not confined to the public – many analysts are resolutely opposed to military engagement.

Abdullah Bozkurt, for example, says, “Turkey may have suffered a blow to its prestige as Assad is still hanging onto power after a 15-month-long uprising, leaving Turks with a sense of defeat and humiliation. But I think we can live with that, if it means saving the lives of Turkish soldiers.”

Mustafa Ozgen, an Istanbul-based analyst, is among many who are pondering the longer-term implications of intervention. “The most important challenge will be stabilising Syria after an invasion,” he said.

Senior officials in Erdogan’s AKP party privately back restraint, saying Turkey should refrain from entering into a conflict, however just the cause, until there is a popular groundswell of support for this kind of action.

More hawkish views are less in evidence, but are strongly-held.

Vehbi Bisan, a professor at Istanbul University, says many people, while against the idea of a war, would like to be sure their country is prepared to stand up for itself, after the loss of face caused by the plane downing.

“Turks see their country as weak, which contradicts their sense of strength. Any further provocation by Syria will see a strong reaction from the public as well as from the military,” he said.

Exiled Syrians believe the Ankara government should act sooner rather than later, as regime collapse in Damascus would have immediate and grave consequences for Turkey.

"Turkish intervention in Syria would create stability there,” said Samir Nashar, a member of the main opposition group abroad, the Syrian National Council, SNC. “The mood in Syria is favorable towards such a move, particularly in places like Aleppo, Hama and Idlib – cities located close to the border.”

Nashar believes that neither the SNC nor the Turkish media have done a satisfactory job in portraying what is really going on in Syria.

Since the uprising began in March 2011, over 15,000 Syrians have died, and the conflict continues to escalate.

Omar Ibrahim, a Syrian refugee from Homs, says Turkey’s apparent torpor has only encouraged Damascus to take a more aggressive stance towards it.

“The lack of either a military or a diplomatic response when Assad troops attacked a refugee camp [in April 2012] emboldened Syria to shoot down the Turkish fighter jet,” he said,

Although Erdogan has caught the public mood with his policy of restraint in the face of the Syrian crisis, it could yet come back to haunt him.

Naveed Ahmad, a Pakistani journalist specialising in Turkish and Middle Eastern affairs, warns that Turkey risks losing “its dignity and popularity amongst Turks and Arabs if Erdogan fails to come to their [Syrians’] rescue”.

Maryam Hasan is the pseudonym of a Syrian journalist.

The Arab Spring
Turkey, Syria
Conflict
Connect with us