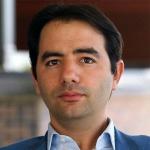 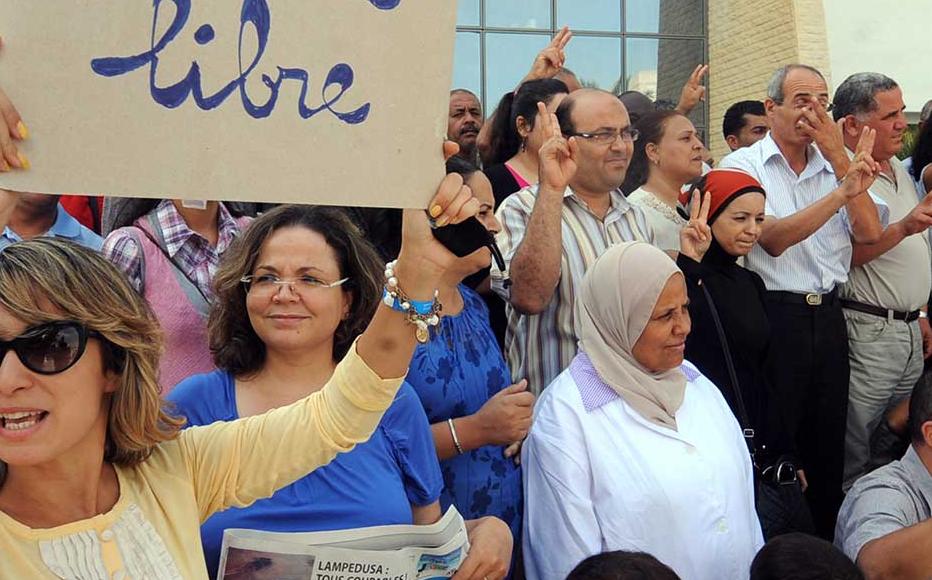 Tunisian journalists of Assabah daily hold signs calling for freedom of the press during a protest in Tunis on September 11, 2012. © Khalil/AFP/Getty Images
The link has been copied

Tunisia, the birthplace of the Arab Spring, is often held up as a rare success amid the violence and chaos that followed other uprisings in the region. Youssef Cherif, a Tunis-based political analyst and a member of Carnegie's Civic Research Network – and a former IWPR Libya project manager – explains how freedom of speech has been central to this success. Despite conservative elements within the judiciary, police and government, he argues, civil society remains strong, vibrant and resilient.

IWPR: Tunisia has been seen as the exception in the Arab Spring. How has this success been manifested in the field of freedom of expression?

Youssef Cherif: That’s exactly where the exception manifested itself, the fact that people can express themselves freely and criticise government institutions, and that foreign journalists and institutions have free access to the country. This is almost unheard of in the Middle East. The biggest achievement of the revolution was of freedom of expression, and that resilience has been sustained for ten years. In other countries, such as Egypt and Morocco, there was some initial progress on free speech - but then the gates slammed shut.

Our experience was different from elsewhere in the region for a number of reasons. There were fewer weapons available which meant the whole revolution was less violent. There was no strong power nexus per say. Any attempt at counter-revolution was weak and violence was again very limited, which allowed the emergence of a free society. Then there was the level of education and connectedness as well as limited foreign interference. Tunisia is less strategically important than Egypt or Syria, for example, so although we did see foreign interference it was not as acute as elsewhere.

What have been the major achievements of the Tunisian media over the last decade?

The number of outlets has grown massively. We now have maybe three times as many television stations as during the Ben Ali era, more than four times the number of radio stations, as well as countless online media and news sites. When you look back at 2011, even YouTube was blocked in Tunisia and most international media were heavily censored, if they were available at all.

In terms of the quantity and the content of topics debated, there is a huge change. In terms of quality, we are not there yet. There is extensive political bias too. Most outlets are controlled by rich individuals or interest groups and the editorial line is consequently biased. This politicised output means it is quite difficult to get a full image of what’s happening on the ground. There are a few good journalists and media outlets but there is also a lot of disinformation and fake news. Fact checking is not yet in the mentality of editorial boards.

Often fake news becomes mainstream because it’s repeated by officials. There was a story on Covid-19 in early 2020 where a European leader was supposed to have said that there were no more medical solutions and that we had to “leave it to the Lord to save us”. This spread on social media and then was repeated in parliament by the prime minister at the time. There are many other incidents in which public figures have repeated similar fake news stories.

People are being prosecuted under old laws. For instance, last year, Tunisian blogger Emna Charqui was sentenced to six months in prison for sharing a satirical Facebook post about Covid-19 written in the style of a verse from the Koran. What are your concerns about legislation being used to restrict freedom of expression?

A lot of repressive laws and norms from the dictatorship era are still used from time to time. In theory, criticism of the army, the police or the judiciary can all lead to jail sentences, as can religion. If people criticise Allah or the Koran or Islam they might face a jail sentence, although this is still rather arbitrary as opposed to systematic.

I think almost every single similar issue has developed according to the same scenario; ultimately, the active presence of civil society ensures people’s safety. But this does also show that repressive laws and rules are still around and enough people in the state system are willing to enact them. The scary part is that every Tunisian, if their case falls into the hands of the wrong person, is vulnerable. For instance, there is a law that those cursing or using insults can end up in jail. In the Tunisian dialect, especially among youth, cursing functions almost like punctuation, so theoretically, if you interpret these laws strictly, almost every single citizen risks being sent to prison.

This corpus of laws is still around and lots of socially and religiously conservative judges can use them to harm people. The fact that, ten years later, these laws have not been reformed shows that there is not real appetite to do so. And I don’t see major reforms taking place any time soon. A number of younger judges take more progressive decisions but overall the judiciary is quite conservative and therefore this makes change very slow.

How relevant is the struggle for free speech and civil rights when it comes to a country experiencing serious economic hardship?

Part of the reason people rose up in 2010 and 2011 was of course dignity and freedom of expression, but the main reason was that they felt that the economic situation was dire and they deserved better. We look back ten years on and those economic issues are still there. The difference is we now have the freedom of expression to complain and examine the issue. All of a sudden, for non-initiated observers, the submissive Tunisian population which had not been previously allowed to think too deeply woke up. Since 2011 we can complain about everything, so people perceive the issues as worse than ten years ago. But this has also led to the emergence of populist groups who have claimed that the whole exercise has failed. They call for, not quite a return to the Ben Ali era, but nonetheless a return to an authoritarian state that would protect the people.

What are your expectations of the future?

I am cautiously optimistic, because civil society is still strong and defends our rights to a very large extent. I haven’t seen any strong power centre emerging that could take back the reins of an authoritarian state. Politicians are indeed corrupt and inefficient, but what is important is that we then change them very quickly. Every election we see a new set of politicians come in because people can choose. And our new generation feels much freer, and does not suffer from the same levels of fear that people used to in Tunisia.