After son refuses to do military service, he and his parents are charged with assaulting police.

After son refuses to do military service, he and his parents are charged with assaulting police. 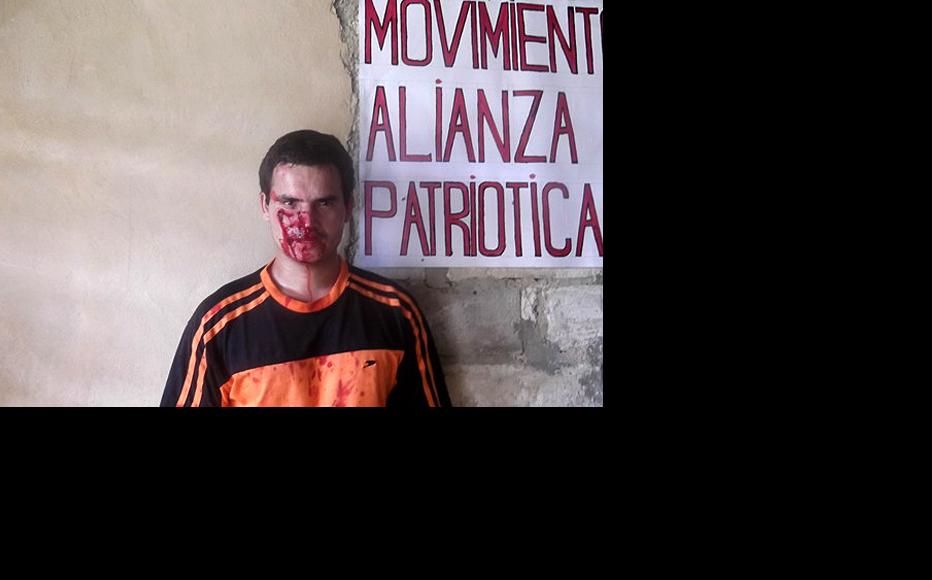 Osvaldo Rodríguez Castillo after an encounter with police on September 23, 2012, before they came back and took him and his parents away. (Photo: Hablemos Press)
The link has been copied

A young man and his parents are facing charges of attempted murder after trying to stop police forcing him into the Cuban army.

In September, Osvaldo Rodríguez Castillo was due to be called up for the standard two years of conscripted service when his family delivered a letter to the local military office in Mayabeque province stating that he did not intend to go, on conscientious grounds.

Dissident views run in the family. His father Osvaldo Rodriguez Acosta is leader of an opposition group called the Cuban Patriotic Alliance Movement.

The response was swift. Three days later, on September 23, police arrived at the family home in the village of Bejucal with orders to take the younger Osvaldo away for his army service.

After failing to achieve this, the police returned in force together with some plain-clothes officers. In video footage taken at this point, members of the family point out their smashed-in door and injuries they sustained from the officers who burst in.

Some time later, neighbours say, the police dragged parents and their two sons out of the house. Scuffles ensued in the street as the family attempted to avoid being taken to jail.

According to one eyewitness, “by hitting and shoving them, they [police] managed to take all of them away, even the younger son”.

This son, aged 12, was released the following day, but his father Rodríguez Acosta, mother Juana Castillo, and older brother Osvaldo were detained.

The three were then charged with a serious crime – the attempted murder of a police lieutenant during the incident.

The public prosecutor in Mayabeque is seeking 15-year jail terms for all three suspects.

Prosecutors argued against granting them bail on the grounds that the crime was a grave one and had “political overtones.”

In a bid to win temporary release for the mother, defence lawyer Aleika Rubio Castañeda filed medical evidence that the younger son had suffered mental trauma because of the arrests. Neighbours say Juana Castillo was released on January 1.

No trial date for the three accused has been made public.

Rodolfo R. Ramírez Hernández is an independent journalist in Cuba