Although youngsters are having sex, they are clueless about protecting themselves from unwanted pregnancies or disease.

Although youngsters are having sex, they are clueless about protecting themselves from unwanted pregnancies or disease. 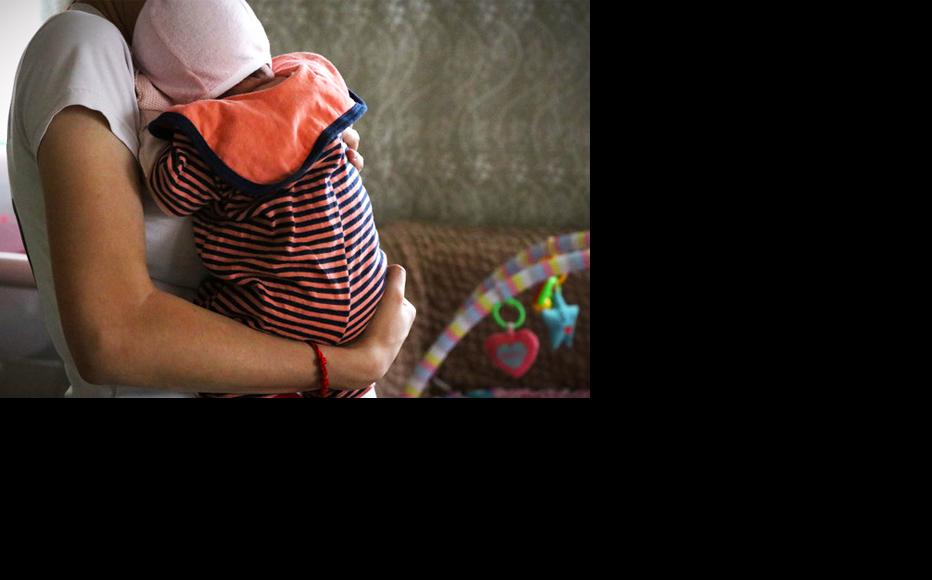 (Photo: UNFPA Kazakhstan)
The link has been copied

Kazakstan is yet to introduce compulsory sex education in schools, despite high rates of early pregnancy, sexually transmitted diseases (STDs) and HIV among young people.

Campaigners say that introducing systemic education on sexual health for adolescents is the best way to combat disturbing trends on sexual health revealed by a comprehensive survey of Kazak teenagers.

The 2018 Public Opinion Research Centre questioned more than 4,000 respondents aged 15 to 19 across the whole country. It found that the average age young people first had sex was 16-and-a-half, although two thirds of respondents did not know how to prevent an unwanted pregnancy.

The rate of teenage pregnancy is was cases per 1,000 girls, six times higher than in developed countries.

Kazak teens also have little awareness of HIV and STDs. Only nine per cent of respondents could answer the survey’s five questions on HIV/AIDS correctly, and nearly 15 per cent of sexually active teens reported at least one STD symptom in the past 12 months. More than half never sought medical help.

Kazakhstan has no single programme on sex education for children and adolescents. Currently, this issue is covered by NGOs or personal initiatives to train volunteers or provide school workshops in issues such as reproductive health and HIV prevention.

Conservative traditions mean that it has been hard to change attitudes towards sexual health awareness. A furious public reaction greeted a draft government public health plan proposed last year which introduced the concept of sex education in schools.

According to psychologist and founder of the sexual literacy school Otkrovenny Razgovor (Straight Talk) Asel Shanazarova, most citizens deemed sex education in schools to be something “shameful”.

“However, sex education is not just talking about sex or promoting sex,” continued Shanazarova, one of only a few educational specialists in this subject in the whole country.

The ad hoc approach taken by schools to the subject was not effective, she continued, noting that sometimes gynecologists were sent to schools to talk to the female students.

“They usually hold classes separately for girls and discuss the medical aspects more: about the cycle, how to use personal hygiene products, AIDS and infections,” Shanazarova said. “It happens quite often that specialists sent to schools from local governments speak only about the moral part of the issue, as if girls are the only ones who are responsible.”

This approach has had concerning results, particularly in the field of STDs.

According to UNAIDS, Eastern Europe and Central Asia are the only regions in the world where the rate of HIV infection is rising rapidly.  The annual increase in new HIV cases across that region was 57 per cent between 2010 and 2017. In 2018, more than 30 cases of HIV were detected among adolescents in Kazakstan.

The Public Opinion Research Centre survey also indicated that 44 per cent of respondents had more than one partner, a concerning figure given that 20 per cent of those polled also had unsafe sex.

Bauyrzhan Baiserkin, the general director of the Republican Centre on Prevention and Control of AIDS told reporters in December 2018 that 700 cases of sexually transmitted disease were registered in adolescents the previous year. More than 17 per cent had syphilis, and 44 per cent had gonorrhea.

Previous attempts to address this public health issue have shied away from directly tackling sex education for teenagers.

In 2010, the country approved a five-year national health development programme to reduce infant and maternal mortality rates and to “stop the spread of HIV infection”. However, the programme did not include sex education.

A further health development plan for 2016-2020 had the aim of improving Kazakstan’s health indicators to those “of the 30 most developed countries in the world”. It also highlighted the promotion of a healthy lifestyle and sports among young people, but reproductive health education was deemed only for adults.

According to Karlygash Kabatova, a researcher and activist in the field of sexual health, the whole issue of teenage sexuality was taboo in Kazakstan.

“The authors of the national programme suggest motivating the younger generation towards sports and promoting a healthy lifestyle in order to maintain their health,” she explained. “Therefore, adolescents are not deemed a risk group with sexual and reproductive issues, although the statistics of adolescent pregnancies and labour demonstrate that adolescents do need sex education and must be considered as a target group for events designed to improve reproductive health.”

Kabatova said that the latest proposed health plan, which introduced the concept of sex education for teens and is now under consideration by the lower house of parliament, showed that there was now some political will to deal with the situation.

A comprehensive course to provide adolescents with reliable information on sex, life skills and positive values could vastly improve public health in this sphere, she continued, pointing to the example of Estonia.

Compulsory sex education was introduced there in 1996 and helped to reduce the rate of abortions among adolescents by 61 per cent and shrink the number of new HIV, syphilis and gonorrhea cases by more than ten times.

Shanazarova also supported education rather than an approach which suppressed discussion or promoted an abstinence model.

“These [same] problems made states introduce these programmes,” she said. “Now western countries have managed to reduce the cases of adolescent pregnancies. Even if they have sex now, they protect themselves.”

Giving Voice, Driving Change - from the Borderland to the Steppes
Kazakstan
Health, Life, Youth
Connect with us