Many participants given little choice but to take part in mass celebrations.

Many participants given little choice but to take part in mass celebrations. The streets of Dushanbe were filled with marchers. (Photo: Roman Buryak/IWPR) Schoolboys painted their faces in the colours of the Tajik flag. (Photo: Roman Buryak/IWPR) 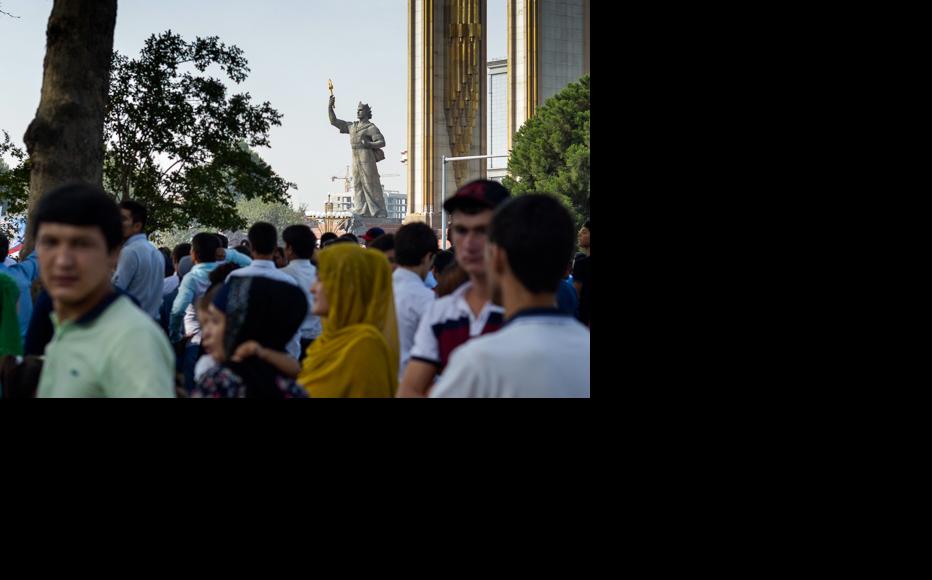 Crowd in Dushanbe on September 9 near the Ismoil Somoni monument. On this day about 60,000 people took part in Independence Day parade. (Photo: Roman Buryak/IWPR) 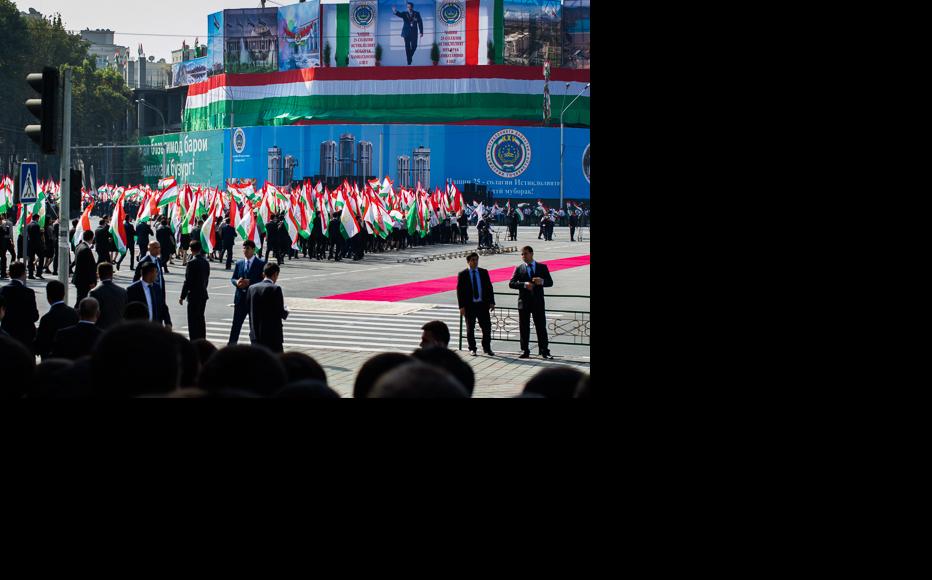 A young boy against the backdrop of Ismoil Somoni monument at Dusti (Friendship) Square in Dushanbe. (Photo: Roman Buryak/IWPR) 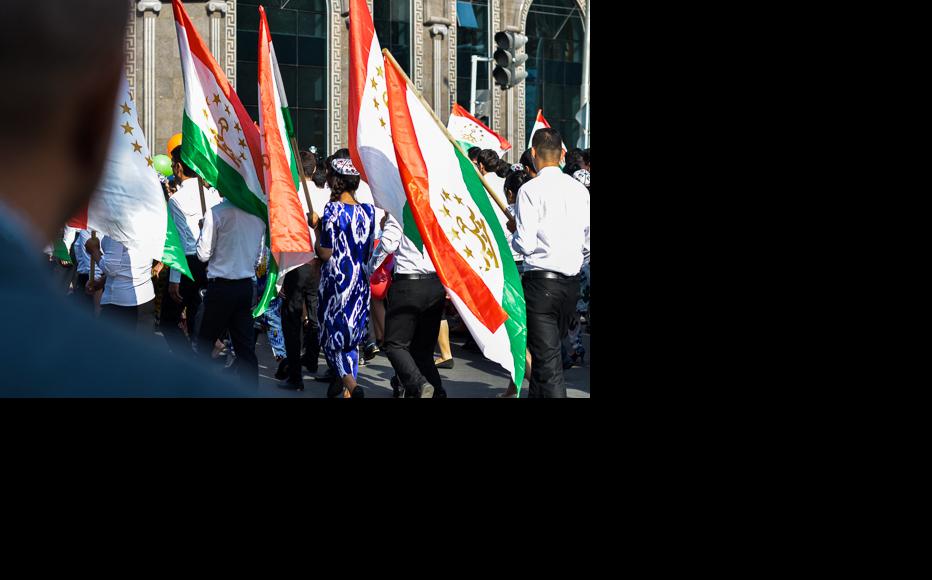 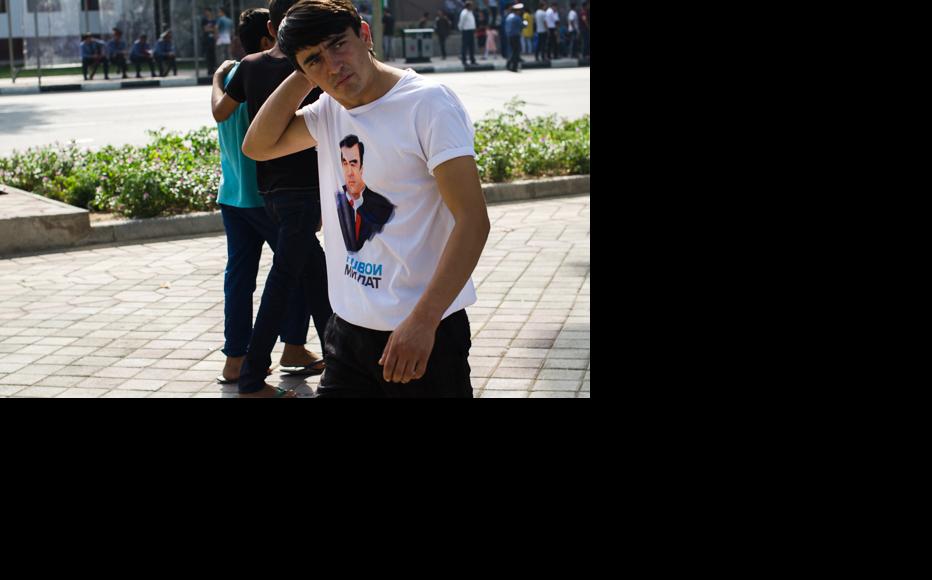 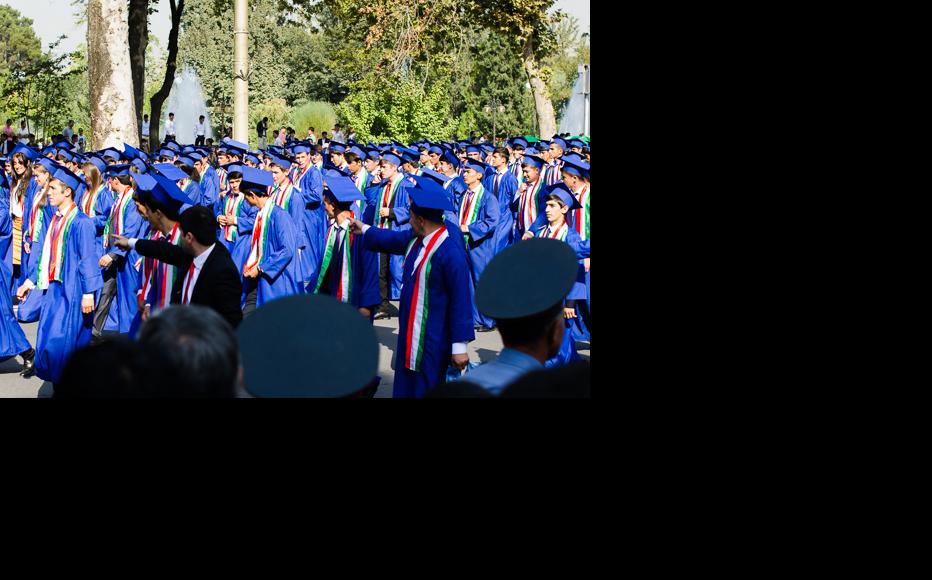 Students march through the avenues of Dushanbe. (Photo: Roman Buryak/IWPR) 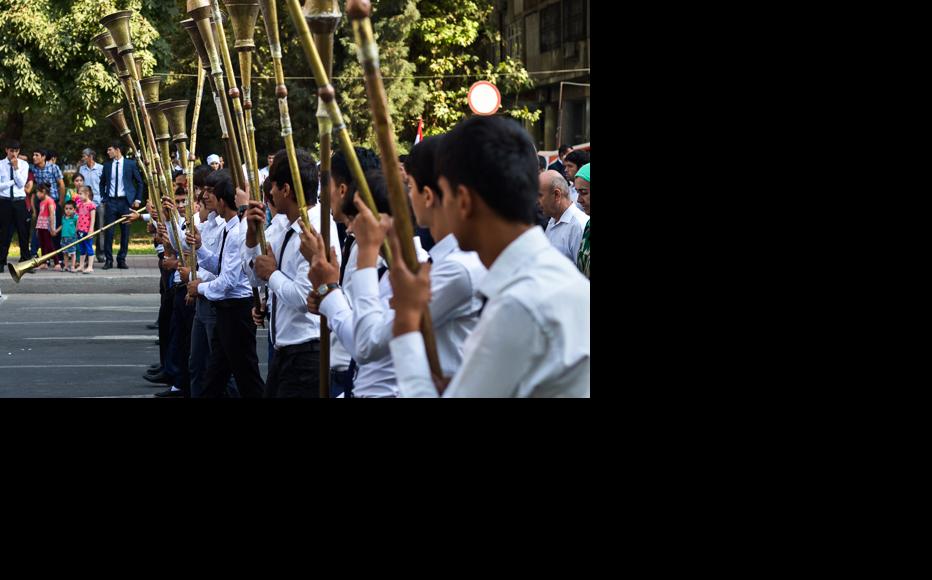 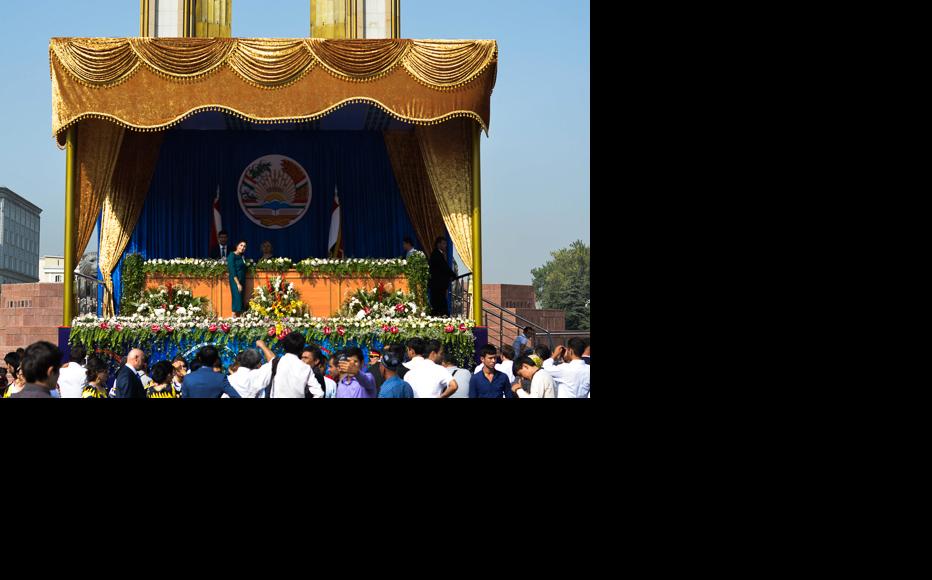 The grand celebrations took months of preparation. (Photo: Roman Buryak/IWPR)
The link has been copied

Tajikistan has celebrated 25 years of independence with a distinctly Soviet-style display of public patriotism: the country’s largest-ever street parades.

More than 60,000 people marched through the capital Dushanbe on September 9 in displays that took months of intensive practice.

Participation was not necessarily voluntary for all those present. Up to 20,000 students joined in the theatrics, but just as in the Soviet era, most had little choice in the matter.

“I came to Dushanbe from a distant region to take part in the parade,” said Odina, a third-year university student who preferred not to disclose his surname. “Our university sent us here.”

Odina told IWPR he was indeed proud of his country’s independence, but that the experience had been far from enjoyable.

Students had been practicing since May for the displays, and although Odina said he had been promised accommodation in the capital for the duration of the lengthy rehearsals, this never materialised.

He had to find himself a place to live for several months, and students were also not provided with other living expenses such as food and drink.

When rehearsals began, education and science minister Nuriddin Said initially told local journalists that students had volunteered to take part in the parade because they wished to express their patriotic feelings.

In reality, students and their parents were notified by the university authorities that they were obliged to take part.

A May 27 decree from the ministry of education and science stated that state university students had to join in the rehearsals and performances from June 10 until independence day on September 9.

Unspecified measures would be taken against those who refused, the decree stated.

A lecturer at Dushanbe’s state university, who asked to remain anonymous, told IWPR, “This year students faced an ultimatimum: unless they attended marching rehearsals, they would get expelled from the university.”

“We haven't had cases of expulsion from the university, but the [state] demand was pretty strict,” she told IWPR. “[Students] didn't have a choice. Many lecturers also had to attend [rehearsals] right before the parade. They were all unhappy about it, of course.”

Dushanbe political analyst Parviz Mullojanov said that the regime was exploiting the same propaganda methods that existed in the Soviet Union.

“This sort of automatic transferral of [Soviet propaganda] methods... may lead to the opposite result,” Mullojanov said. “Young people take it very badly when they think something is unfair - whenever they have to march under the sun and without water for a long time, for instance. There were cases when people lost consciousness there under the burning sun. They perceive all of it as going against the idea [of patriotism].”

Activist Rukia Bakhromova argued that education rather than displays of patriotism should be students’ top priority.

“I think it was improper to involve [students] in these political events,” she told IWPR. “These kinds of marching [events] exhausts students while they’re on summer holidays. They won’t be able to consume knowledge properly once they return to their classes in September,” Bakhromova told IWPR.

Ismoil Fayzizoda, deputy head of the Independent Labour Unions Federation of Tajikistan, told IWPR that taking part in the parades could be seen as part of the students’ social responsibility.

Nonetheless, he said that they should at least have been compensated for their time.

Such obligatory displays of national pride are a long-standing tradition in Tajikistan and show little sign of being phased out.

Nurmuhammad Shamsov, a graduate of Tajik National University’s journalism faculty, recalled taking part in supposedly voluntary marches during his time as a student.

“In 2004, when I was second-year student, I was sent to take part in daily marching practise to prepare for celebrations marking 80 years of Dushanbe. Every day I had to travel [to the capital] from Hisor [15 km west of Dushanbe]. I paid from 14 to 18 somoni a day (five to seven US dollars) for transportation and lunch,” he told IWPR.

This was a significant sacrifice considering that the average monthly salary at the time was 15 dollars, the lowest among post-Soviet states. So Shamsov found a way out.

“I wrote a letter to the dean stating that I didn’t have the financial ability to fund my trips [to the capital] and asked to allow me to stop attending. He signed it, and I didn’t join in anymore,” he said.

Shamsov’s case was unusual; most students prefer to keep quiet and continued attending state-organised events for fear of expulsion.

Mullojanov said that the regime had failed to understand the methods needed for effective nation-building amongst a new generation.

“One needs to have deep knowledge... of one’s past, one’s history etc in order to be proud of one’s present,” he said.

This publication was produced under two IWPR projects: Empowering Media and Civil Society Activists to Support Democratic Reforms in Tajikistan, funded by the European Union, and Strengthening Capacities, Bridging Divides in Central Asia, funded by the Foreign Ministry of Norway.

Tajikistan
Regime
Connect with us