Families willing to go to great lengths to ensure children get a specialised education.

Families willing to go to great lengths to ensure children get a specialised education. Daniil prepares to go to school for the first time. (Photo: Roman Buryak) 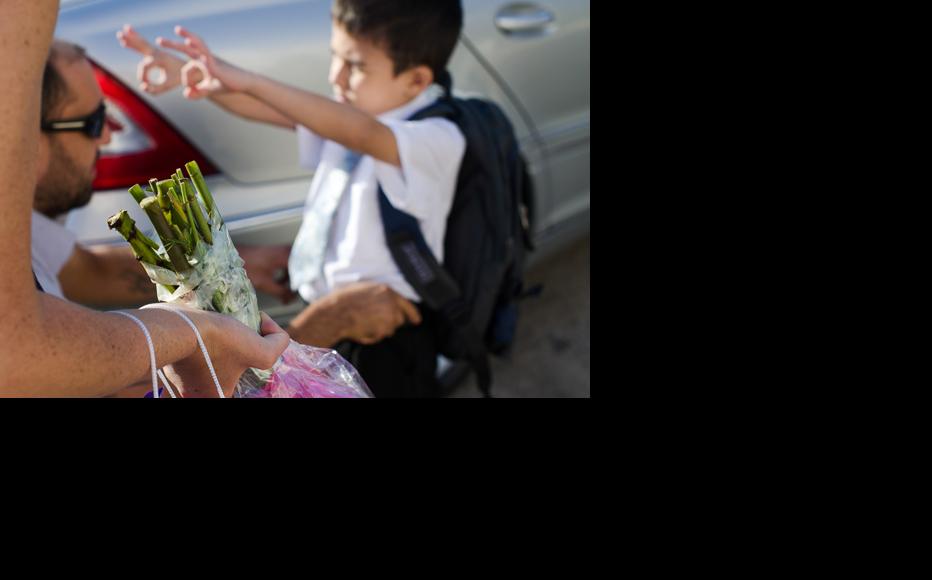 It's an emotional day for parents as they send their son to the first grade. (Photo: Roman Buryak) 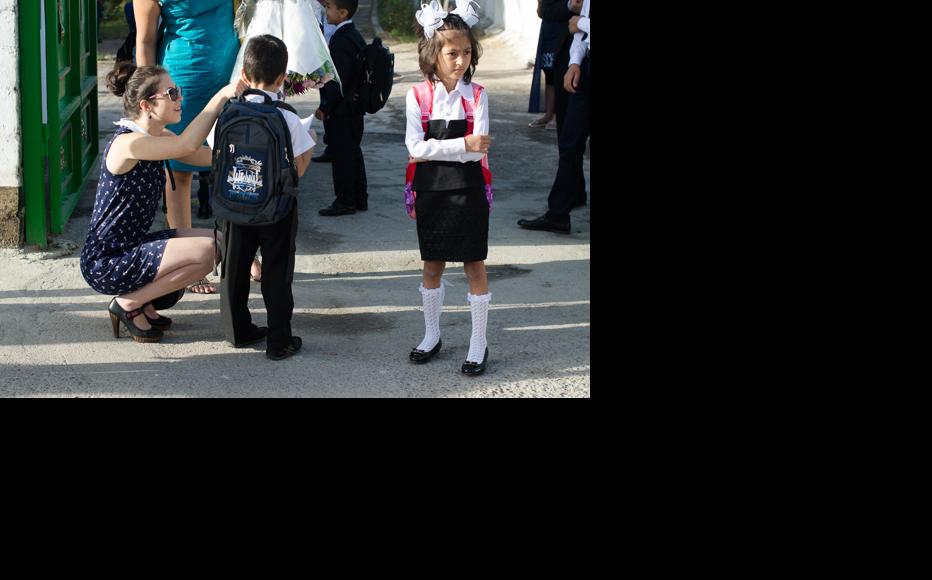 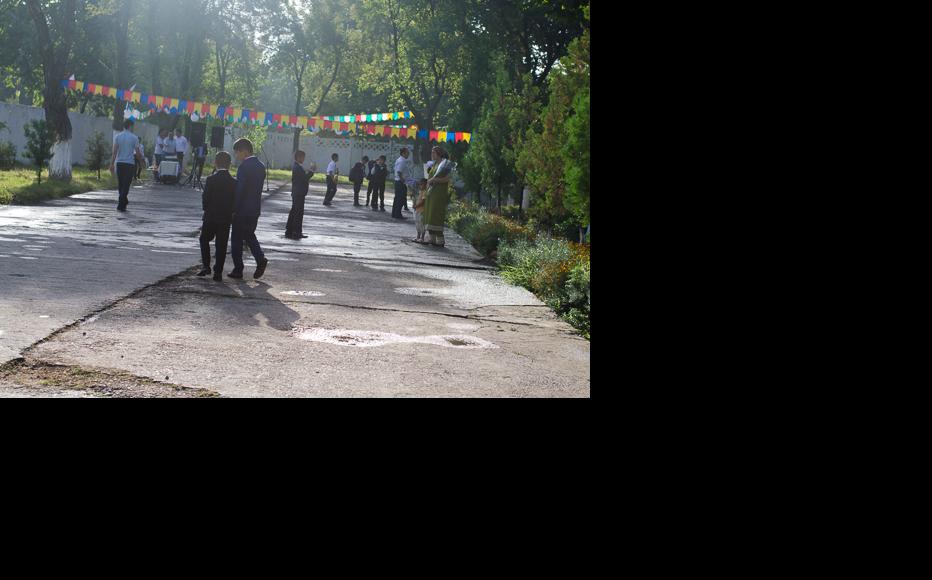 A special assembly is about to start at the Ziyodullo Shahidi school in Dushanbe. (Photo: Roman Buryak) 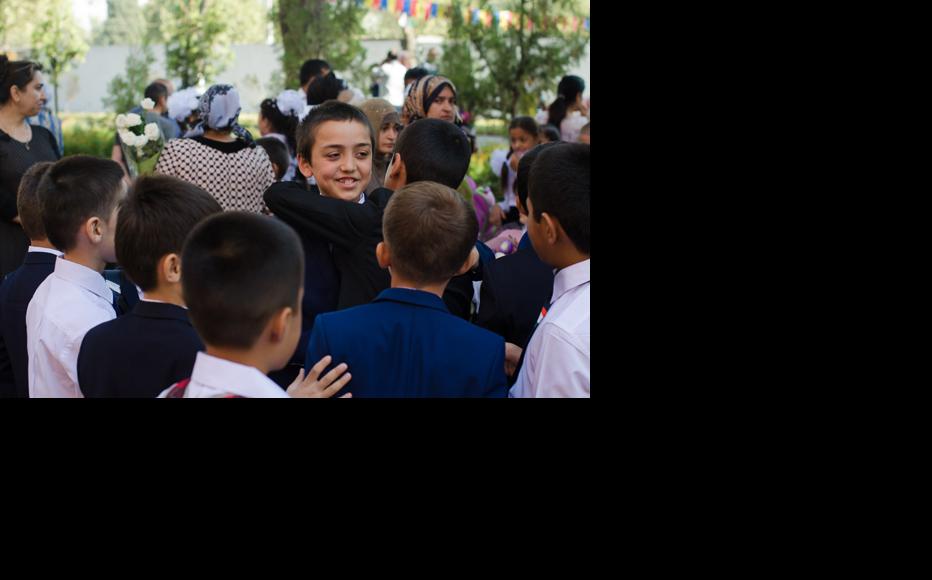 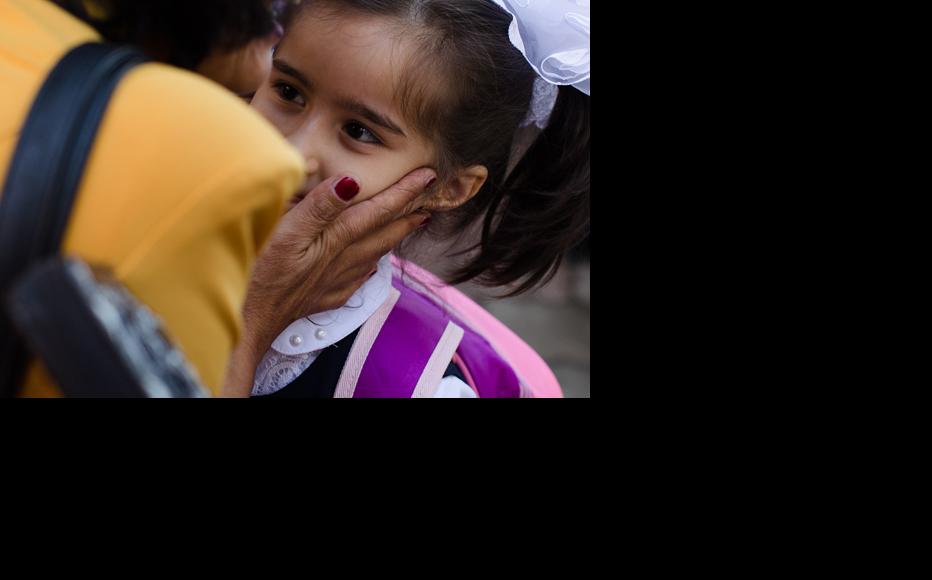 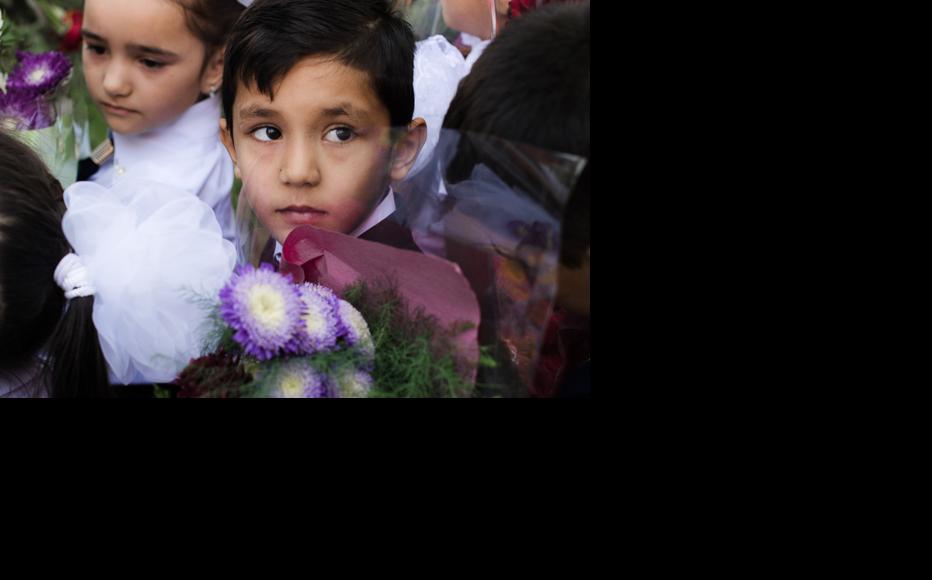 First-graders get in line for the special assembly. (Photo: Roman Buryak) 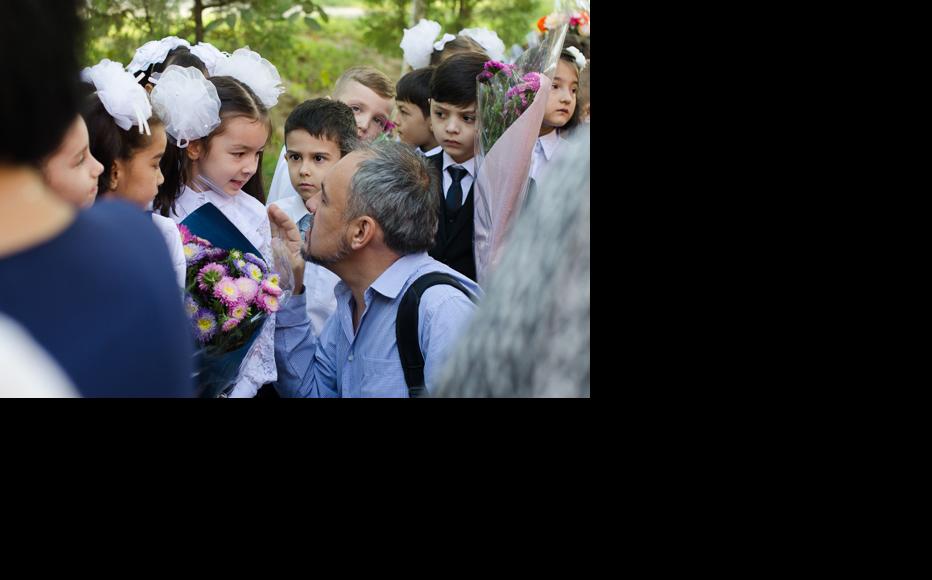 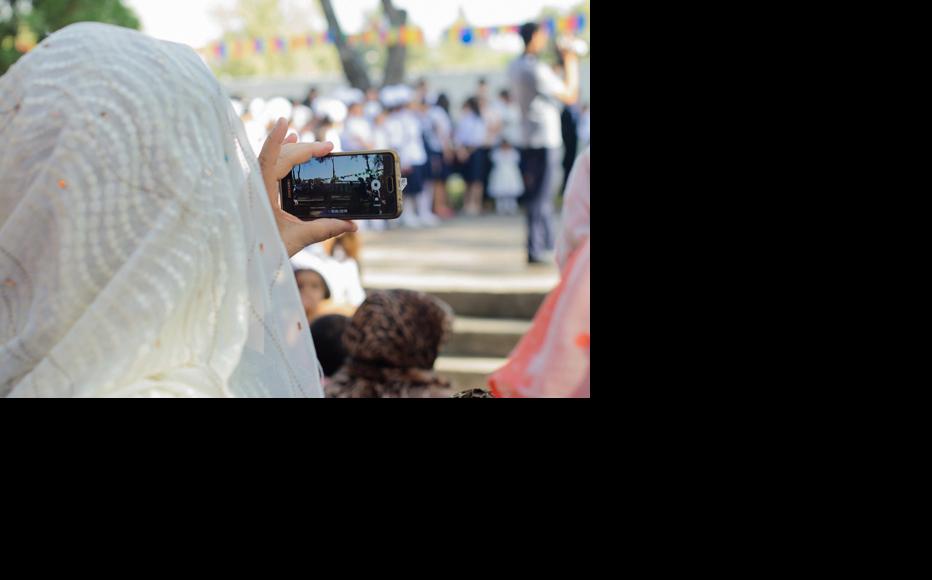 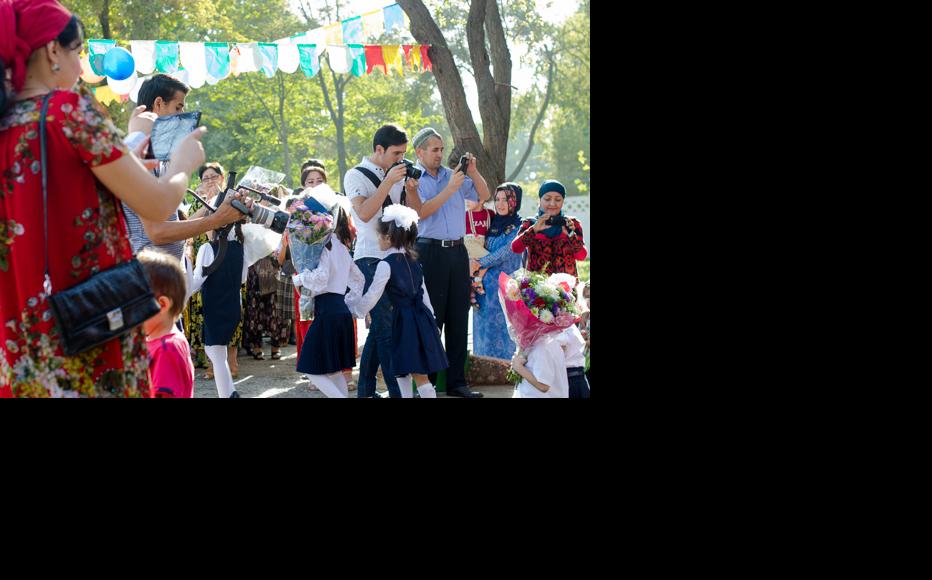 A cameraman was hired to record the event. (Photo: Roman Buryak) 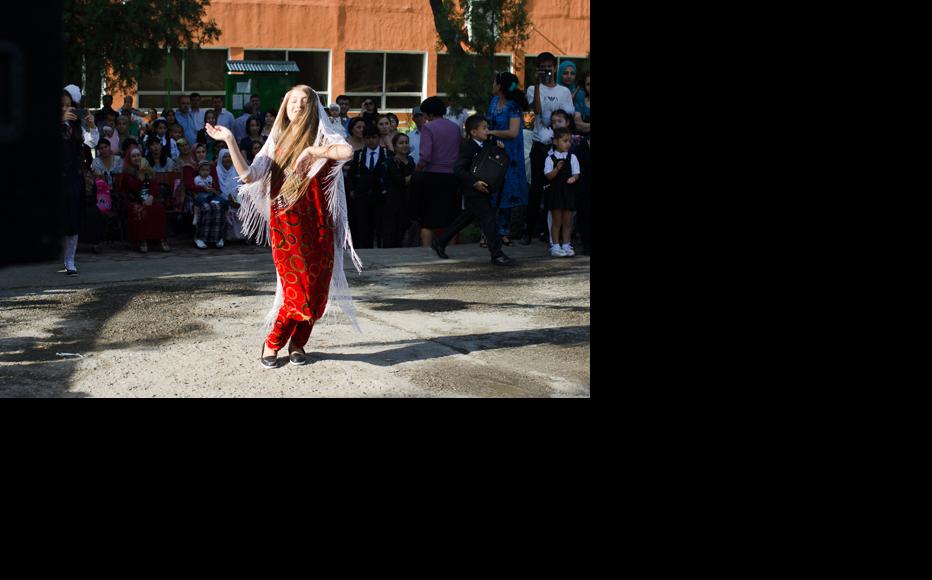 A high-school student performs a national Tajik dance in front of the crowd. (Photo: Roman Buryak) 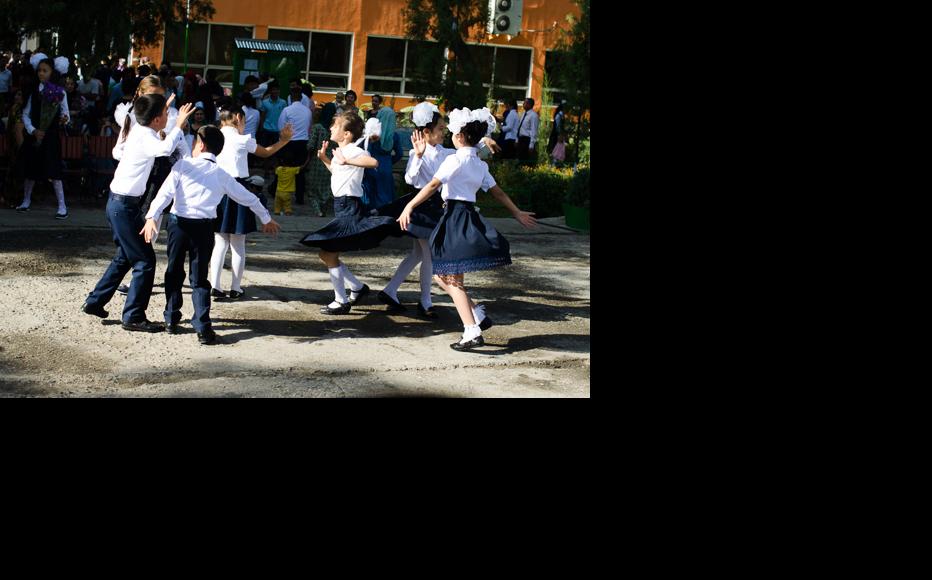 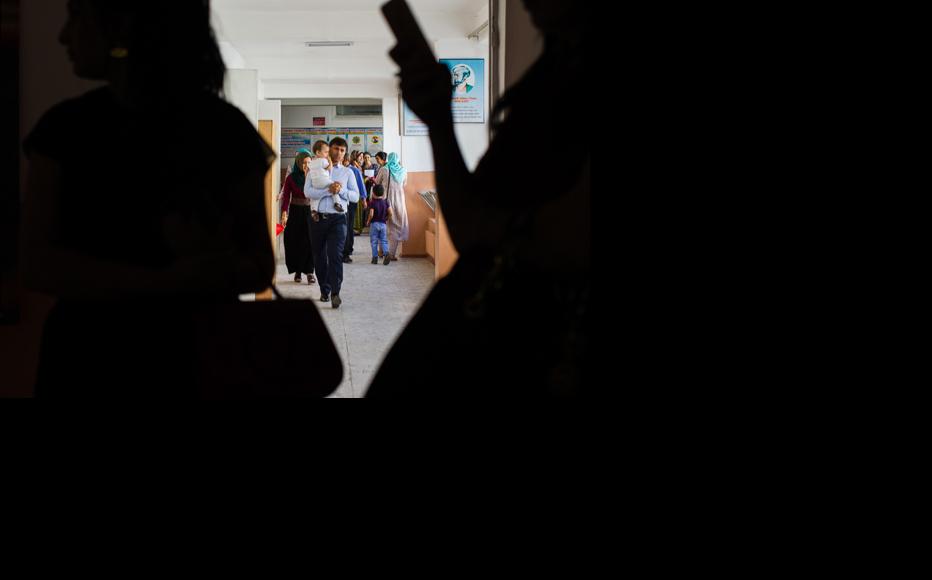 First-graders are divided into groups and proceed to the classrooms. Parents wait for them impatiently. (Photo: Roman Buryak) 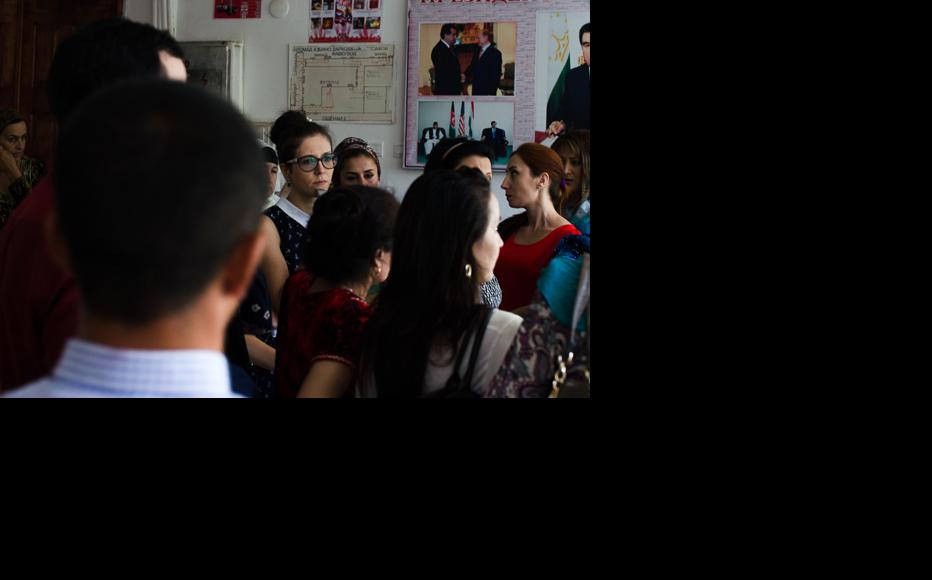 Daniil's mother and other parents gather together to discuss the first day at school. (Photo: Roman Buryak) 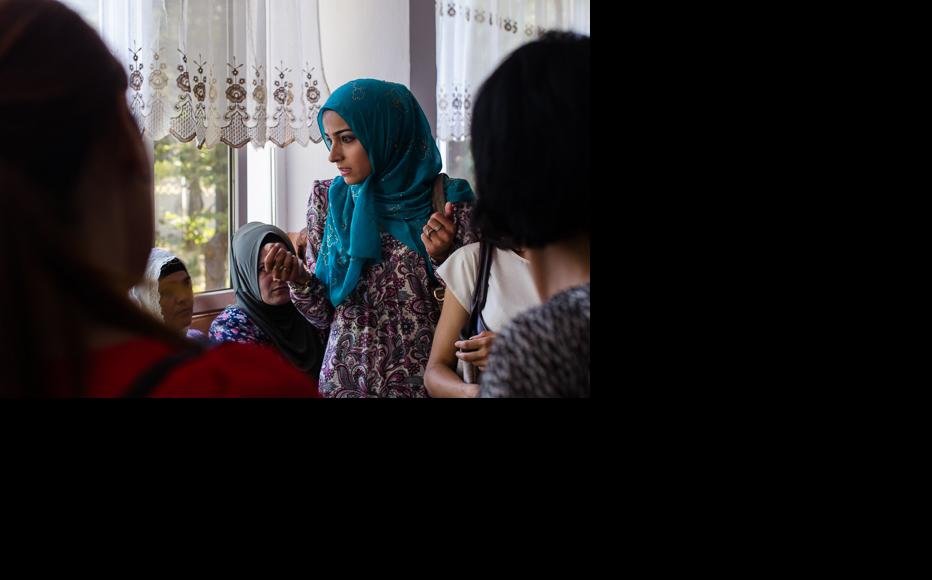 A parent explains how it is now their responsibility to buy radiators for winter and hire a school bus. Parents usually take care of such things. (Photo: Roman Buryak) 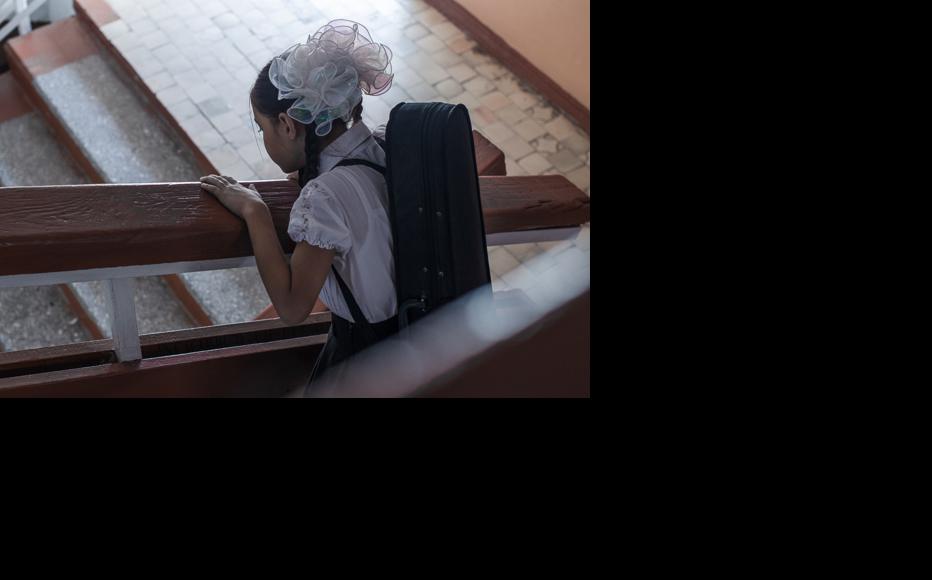 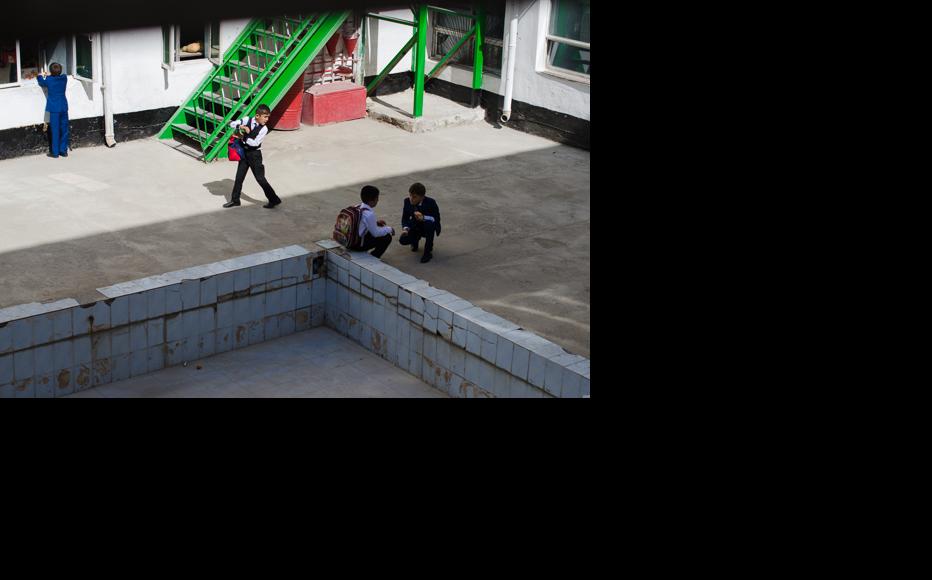 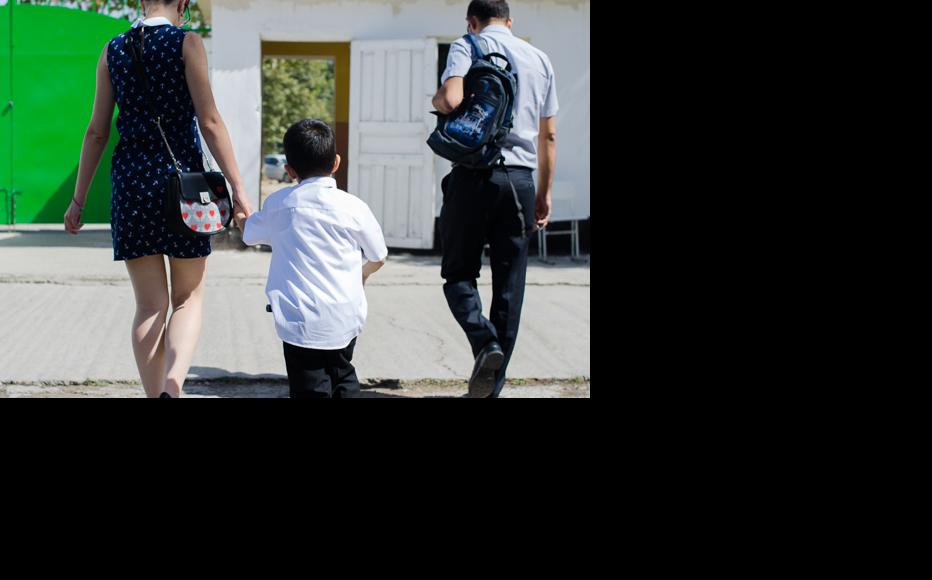 The first day of school is over. Daniil is taken home by his parents. (Photo: Roman Buryak)
The link has been copied

Young Daniil Hristolyubov is nervous and excited to be starting at Dushanbe’s Ziyodullo Shahidi school.

A famous Dushanbe institution, it’s one of the very few specialised Russian-language schools in the country. As an added bonus, it also offers daily music tuition.

Daniil’s mother Darya Hristolyubova, a radio announcer from Dushanbe, told IWPR she was anxious about how her son would get on.

“There is a high turnover here – [kids] can't keep up with assignments. There is a standard programme [of subjects like languages and maths] before noon, and music classes start from 1 pm. We’ve been preparing for an entire summer to go here. It seems like Daniil likes it so far,” Hristolyubova said.

Demand is growing for Russian-language tuition in a country where more than a million nationals leave each year to work as labour migrants in Russia or Kazakstan, leaving about 100,000 children behind in Tajikistan.

Out of 3,855 schools, only a handful teach in Russian, meaning that competition for places is intense.

“We are ready to queue for a teacher with good feedback, and we're ready to deal with overcrowded classrooms only to make sure the child is taught by a well-known [Russian teacher],” said another parent of a child starting at Ziyodullo Shahidi, who asked not to be identified.

Russian is taught throughout the mostly-state-run education system, but schools offer only one or two hours of tuition each week.

And not all, especially in rural areas – where more than 70 per cent of the population lives - have a dedicated Russian language teacher.

Teachers of other subjects are recruited to give classes in Russian, which means students are not fluent when they leave school.

There are 32 Russian-language institutions, mostly located in Dushanbe, including two funded by the Russian embassy as well a few private gymnasiums. Each accepts up to 500 students per academic year.

There are also 156 schools teaching in both Tajik and Russian in the country’s main cities.

Parents routinely have to commit to “helping” the school when they enroll, and continue to contribute in the course of their child’s education.

Mayram, a 32-year-old housewife from Dushanbe, told IWPR that her husband was a labour migrant in Russia. He is one of growing number of migrants who have secured better-paid positions and plan to bring their families to join them.

“My husband wants to buy a house in Russia and take us with him,” Mayram said, adding that he had asked her to find a school for their son where he would learn Russian to better prepare him for the upcoming move.

However, to secure a place in the Russian-language school, she had to commit to paying for new windows for the entire building.

The cost was high, Mayram continued, but added that she was happy to fulfill this “duty”.

“My husband believes that knowing Russian will open up more prospects for our son,” she concluded.

High birthrates have placed further strain on the system, with the numbers of children entering school each year on the rise.

The stress is also being felt in the specialised schools.

Zarina Nabiyeva, a primary school teacher at a municipal Russian-language school in Dushanbe, said that it was impossible for her to keep up with the pressure.

“There are 47 children in my class and paying attention to each of them during a lesson, which lasts 45 minutes, is impossible,” she said. “I try my best for sure, but it’s important for me to know that parents help kids with homework, talk to them in Russian at home, and develop their knowledge of reading and reciting. It’s impossible for their children to achieve any success at school without it.”

Staff shortages are another long-term concern.

Tajik Russian-language teachers are often unwilling to work in their profession due to the low salary of 500 somoni a month (80 US dollars), especially in more remote rural areas.

The state has even appealed for help from abroad.

During a visit to Moscow in 2013, President Emomali Rakhmon asked the Russian authorities to send teachers to Tajikistan to help teach their language. He promised to offer them a place to live, ploys of land and other social benefits.

However, BBC Russian reported in 2015 that Moscow had declined the call. Lyubov Glebova, head of Rossotrudnichestvo, a Russian state agency dealing with post-Soviet educational cooperation, was quoted saying the initiative had not been approved by the Russian authorities.

This article was produced under two IWPR projects: Empowering Media and Civil Society Activists to Support Democratic Reforms in Tajikistan, funded by the European Union, and Strengthening Capacities, Bridging Divides in Central Asia, funded by the Foreign Ministry of Norway.

Tajikistan
Education
Connect with us