Moscow is manipulating unresolved internal divisions to cement its own influence.

Moscow is manipulating unresolved internal divisions to cement its own influence. 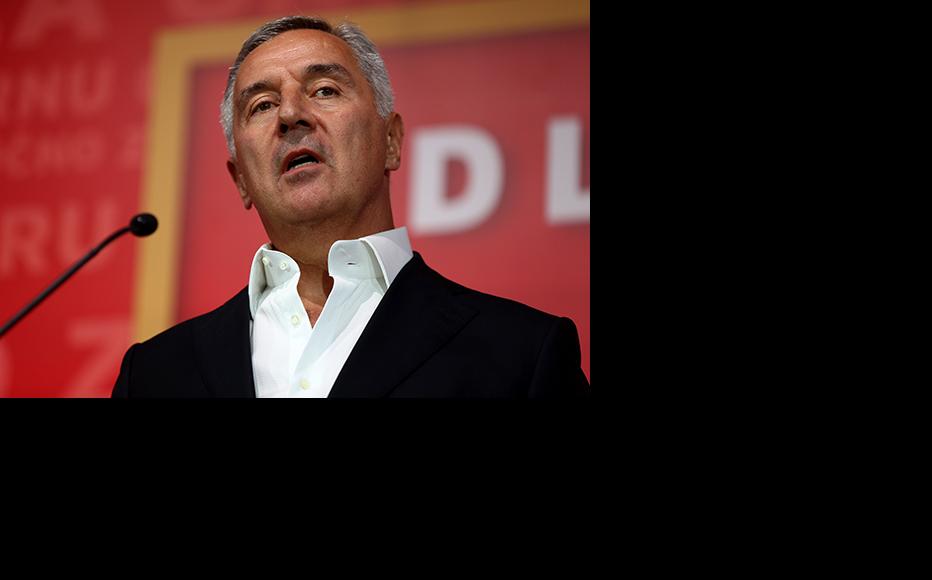 President of Montenegro and ruler of the Democratic party of Socialists (DPS) Milo Djukanovic gives a speech to following the elections on August 30, 2020 in Podgorica, Montenegro. (Photo: Filip Filipovic/Getty Images)
The link has been copied

The parliamentary elections in Montenegro have created a new geopolitical balance in the Western Balkans.

The three opposition blocs gained a slim majority of 41 of the 81 seats in the August 30 elections, while President Milo Djukanovic’s Democratic Party of Socialists (DPS) won 30 seats - and though it can count on the support of ten more parliamentarians from its traditional allies, still fell short of a majority.

This means that while Đukanović will remain president of Montenegro for another three-and-a half years, true power will be in the hands of a pro-Serbian and pro-Russian government.

It takes a certain level of naivety or political hypocrisy to accept the win by these parties as a celebration of democracy. The only agenda these coalition partners share is to end 30 years of reformist, Euro-Atlantic oriented leadership.

With the result an unequivocal win for Moscow - and given that Russia’s strategy is to invest in the destabilisation of the Western Balkans and to embolden far-right political parties - we can expect further disruption aimed at Bosnia and Hercegovina’s (BiH) upcoming November local elections.

Montenegro’s new government could be a worrying sign of things to come elsewhere in the region. The coalition of three political blocs is overwhelmingly pro-Russian.

For the Future of Montenegro, which won 27 votes, is a coalition dominated by the extreme ethno-nationalist Democratic Front, whose strategic goals is to return to a union with Serbia, which Montenegro broke away from in 2006.

It is supported by the Serbian Orthodox Church, which plays a central role for Moscow in this new Cold War.

Đukanović’s government introduced a controversial law in 2019 which sought to curb the church’s influence and regulate its legal status – as well as ensure it paid tax on its numerous properties and commercial enterprises.

Backed by Russia, the Serbian Orthodox Church presented this as an attack on religious freedom and launched eight months of protests that in effect served as the election campaign of the pro-Serbian political bloc.

In addition, Democratic Front leaders Andrija Mandić and Milan Knežević were each sentenced to five years in prison for involvement in the 2016 Russian-backed coup attempt – in which Đukanović narrowly escaped assassination.  Their case is now at the appeal stage.

A court found that the coup attempt was organised by Russian agents with the aim of preventing Montenegro’s NATO membership. The country joined the alliance the following year, despite heavily divided public opinion.

Only one of the coalitions, United Reform Action, is truly pro-European and pro-NATO, and campaigned on the issue of fighting corruption and organised crime they charge have marked the 30 years of Đukanović’s rule. But they have only four lawmakers, while the other two pro-Serbian blocks have 37.

Đukanović’s rule has certainly been burdened by corruption and issues of organised crime. The problem here is that, with the honourable exception of the four truly pro-Western lawmakers, those now promising to fight these are mainly political extremists backed by Serbia and Russia.

In the past four years, Montenegro and North Macedonia had been the only two countries where the West won the battle for influence over Russia. Now, North Macedonia stands alone in the Western Balkans.

Russia’s sphere of influence has strong centres in four countries: Serbia, Montenegro, BiH – through its Serb-majority entity, Republika Srpska (RS) - and Kosovo, via its northern regions.

After the pandemic hit, Moscow’s decision to send aid only to RS rather than the whole of BiH represent a continuation of their efforts to challenge Bosnian statehood. Russia’s approach to aid also echoed its Cold War behaviour, with military units sent to RS to introduce a new method of disinfection.

Russia is fiercely committed to preventing Bosnian accession to NATO, and has become even more confrontational on this issue in recent months. Russian Ambassador Petr Ivancov went so far as to assert in early July that “Bosnia and Herzegovina’s integration into NATO undermines its security and stability”.

The US senate condemned Ivancov’s statement, arguing that it was directed at “undermining the sovereignty of Bosnia and Herzegovina”.

This has done nothing to deter Bosnian actors like Milorad Dodik, Serb member of the BiH presidency, to dig into anti-NATO narrative (despite having added his signature to the Annual National Program that activated the Membership Action Plan this year).

Dodik continues to parrot Russian and Serbian talking points, repeating that the status of Kosovo should be tied to that of RS. In fact, alongside Serbian president Aleksandar Vučić’s July visit to RS, Dodik suggested that he use Bosnian sovereignty as a bargaining tool in negotiations over Kosovo.

Vučić replied that “a Dayton agreement for Serbia is out of the question” but this is typical of the game played by these two politicians: Dodik sets a fire, Vučić pretends to dampen it, and then Dodik and the media keep the flame alive.

The international community has become rather inured to this cycle, and thus surprised many observers by reacting robustly to a threat made by Dodik early this summer to withdraw from state level institutions.

Dodik refused to accept a Constitution Court decision concerning agricultural land, threatening to order all his lawmakers and officials to withdraw from the state level parliament and all other national institutions.

Some described this as the greatest political crisis in BiH since the signing of the Dayton agreement as it marked the most serious step towards RS secession.

Ambassadors from the Quint – an informal grouping consisting of the US, France, Germany, Italy and the UK - took this threat seriously and promptly threatened to implement sanctions. It was the first time both the US and EU had jointly made such threats; Dodik backed down.

This decisive stand by Western allies against Dodik’s obstructionism may have begun to win back more power in a context where Russia has been using its experience of instigating and maintaining conflict to ensure its own regional power.

Serb political and intellectual elites in RS have been effective in promoting Russia as an alternative pathway to development, and this has so far proven devastating to Euro-Atlantic integration processes.

Russia recognises that the uniquely complicated Bosnian constitutional framework and the state’s various unresolved internal tensions offer Moscow an opportunity to use its deep-seated influence in Serbia and RS to transform BiH.

And it has so thoroughly penetrated the political, security, and judicial structures of RS that pushback should be anticipated.

On a long list of unresolved problems in BiH, the secessionist discourse of Dodik and other RS leaders is and will continue to be the biggest threat to the survival of the state.

Western actors will need to draw more red lines, and do so over and over, in response to not only Dodik’s but also other Russian players’ transgressions. After North Macedonia as an example of success, and Montenegro as an example of failure, it is time for the West to pay close attention to BiH.

Edina Bećirević is a professor of security studies at the University of Sarajevo and the author of Genocide on the Drina River.