Moscow’s war in Ukraine is polarising public opinion in the Central Asian country. 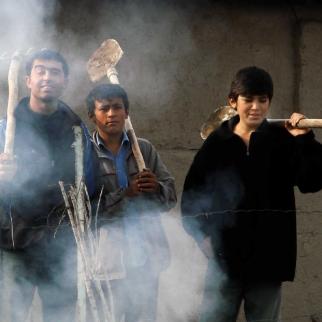 Remittances from those working abroad make up a key part of the country’s economy.

Moscow’s war in Ukraine is polarising public opinion in the Central Asian country. 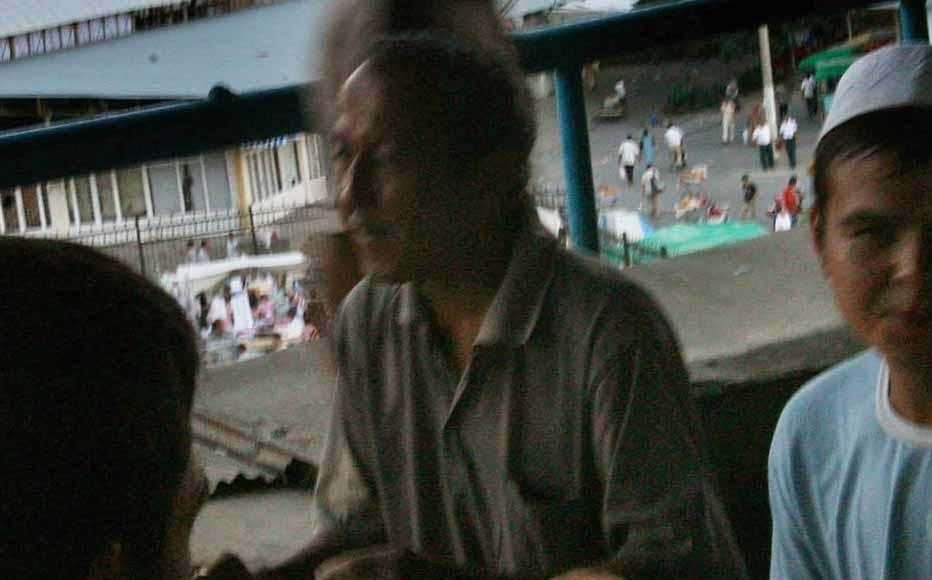 Uzbekistan, like the other former Soviet states in Central Asia, has been reluctant to criticise Russia's invasion of Ukraine, fearing repercussions on trade, security assistance, and labor markets. There are over 3,4 million Uzbek citizens registered in Russia, and about 90 per cent of them migrated in search of work. © Uriel Sinai/Getty Images
The link has been copied

Russia’s invasion of Ukraine has crept into Durdona Kuldasheva’s family. Some of her brother’s family live and work in Ukraine, while another brother lives in Russia, making arguments and heated discussions an increasing part of the family’s exchanges.

“My nephew’s wife is Ukrainian,” Kuldasheva’s, whol lives in Andijan, told IWPR. “My younger brother has been working in Russia for a year. After the war started, he wrote to me, ‘I will volunteer for the army, I support Russia, I want to go and fight against Ukraine.’

“I asked him if he was out of his mind. Why are you getting yourself into this? He answered, ‘You understand nothing. You stay at home; you do not know what is going on here. We live in Russia, we see everything.’ He was very rude to me."

The conflict in Kuldasheva’s family is increasingly common in Uzbekistan and across Central Asia. The society is highly polarised, analysts note, and the division has affected relationships at all levels.

“It all starts with the most basic social unit, the family, and it snowballs up to state level,” said Saida Sulaymonova, director of the Tashkent-based Modern Journalism Development Centre, adding that Russian media remained highly influential among Uzbek society, particularly in rural areas.

Discussions on Russia and Ukraine quickly escalate on social media and in real life, with accusations, insults and hate speech becoming normalised.

“It does not matter who you have a conversation with; they begin to raise their voice,” said an Uzbek journalist, who asked to remain anonymous. “Many people fight and stop talking to each other. People are different. I try not to argue with anyone but sometimes, it is difficult to understand a different side.”

Russia maintains significant economic, political, and soft-power influence on Central Asia. The Uzbek authorities, like the other former Soviet states in the region, have been reluctant to criticise Moscow’s war effort, fearing repercussions on trade, security assistance and labour markets.

Society mirrors this fragile balance. In some cases, people report it having an impact on their  mental health.

Art expert Gulsanam Khalmuradova struggled with come to terms with the war, the suffering in Ukraine and the impact on her country.

“At the very beginning of the war, I read the news every day and cried…I suffered over comments that somehow justified this crime,” the Tashkent resident told IWPR. “The attitudes of people I have known for years had a particularly strong effect. I decided to filter my Facebook friends list, to limit access, and in the end I deleted the app.”

The Soviet legacy plays a role in the way Central Asian countries respond to the war, experts note.

"People used to speak, and still do, the same language, they lived in the same state,” a sociologist in Tashkent, who asked to remain anonymous, explained to IWPR. “Many still remember this and still perceive the republics of the former USSR as their own country. People were connected by language as well as trading and cultural relations.”

“We have residents from there. We have relatives, friends, and acquaintances there. Families find themselves caught in a conflict zone” she told IWPR.

“I hope the war will soon end forever and peace will return.”

“I feel sorry for ordinary people, both in Ukraine and Russian soldiers, who, God knows why, are dying,” university lecturer Damira Khushnazarova told IWPR. “My family and all my friends support Russia’s position. Russia projects a powerful image on our people.”

Mukhayo Saidova, a senior lecturer at the Media and Communications Faculty, was also saddened by the unfolding tragedy.

“This is not terrorism, this is not the military operation, this is a war where there are no winners and no losers,” she said. “The people are suffering, and the economies are affected not only in Ukraine and in Russia. This war brings disaster to many other countries too.”

The authorities remain cautious in all official statements. Uzbekistan did not attend the vote on two resolutions condemning the invasion at the UN general assembly on March 2 and 24 and opposed the motion to suspend Moscow from the UN human rights’ council on April 7.

Tashkent, however, recognised Ukraine’s territorial integrity, clearly indicating that the recognition of so-called Donetsk People’s Republic (DPR) and Luhansk People’s Republic (LPR) was not in the cards. On February 26, President Shavkat Mirziyoyev’s press secretary disputed the Kremlin’s readout of the phone call the Uzbek president had with Vladimir Putin the day before, which stated that Mirziyoyev had “expressed understanding regarding the actions taken by the Russian side”.

Russia’s economic troubles have triggered a domino effect in Uzbekistan, after years of high economic growth which had expanded trade volumes and attracted millions of workers who sent vital remittances to support families back home.

The Russian Federation’s interior ministry reported that in in the first nine months of 2021, almost 3.4 million Uzbek citizens registered in the country. About 90 per cent had migrated to Russia in search of work.

The sanctions, the depreciation of the rouble and the halt to operations in Russia by many western companies are affecting migrant workers’ flows, which had already suffered due to the coronavirus pandemic.

In early March, Malika Suyarova stopped receiving the vital cash that her mother sent her every month.

“The first month was very difficult. I had no money at all. I had to borrow from relatives and tighten my belt. I thought to take academic leave and look for a job,” the 19-year-old student told IWPR, adding that her mother had left due to lack of employment, so chances were slim. “I hope the war will soon end forever and peace will return.”

Sanctions and tightened freedoms in Russia have pushed Russians and Belarusians to leave their countries. Professionals from various sectors relocated, largely in former Soviet Union countries, including Uzbekistan, which has designed ad-hoc programmes specifically for specialists in the IT industry.

“Recently, I went to a hotel in Tashkent to meet a friend. It was crowded. [Until February] the staff was sitting around killing time. Guests were Russians who had arrived to stay for three or four months,” Saidova told IWPR.

The influx, for which no statistics are available, is having an impact on the estate markets as well as Russian have reportedly gone on a shopping spree, buying expensive properties in the capital.