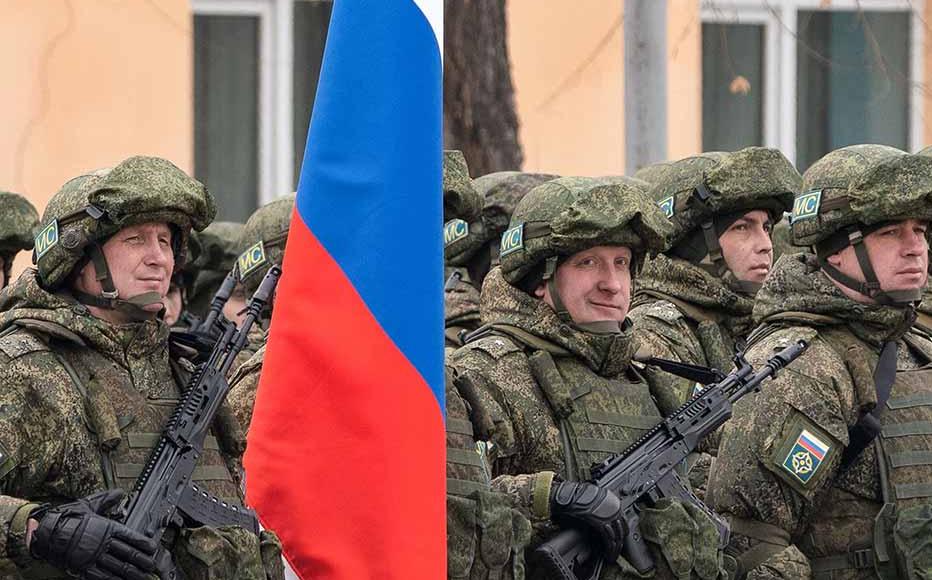 The oil-rich Central Asian nation is facing is most serious unrest in decades as angry citizens take issue with high fuel prices and the political hold former president Nursultan Nazarbayev – the old man - has on the country.

The Kazak government quickly moved to declare a state of emergency and implement a curfew after the protests began on January 2 in the region of Mangistau.

On January 5, President Kassym-Jomart Tokayev called on the Russian-led Collective Security Treaty Organisation (CSTO) for help to quell violence in what he called “[a] disruption of the integrity of the state,” blaming the unrest on “foreign terrorists” and protests orchestrated from abroad.

CSTO troops began to arrive in Kazakstan the following day; all foreigners have been banned from entering, with communications patchy after the authorities shut down the internet.

As of January 6, 18 police officers and national guards were reported dead with hundreds of law enforcement officers and civilians injured. The interior ministry said that nearly 2,300 arrests had been made. Cities saw destruction including cars set on fire and hundreds of shops, cafés and offices damaged.

The protests were sparked by a fuel market reform that sought to remove state price caps for liquified petroleum gas (LPG) like butane and propane.

In 2019, the government started a two-year phased transition to electronic trading for LPGs, which would gradually end state subsidies to allow the market to dictate prices. Despite Kazakstan being a major oil producer, state subsidies resulted in regular shortages as producers, including international corporations, preferred to export to get a better price.

With the price cap off, prices spiralled, nearly doubling overnight from 60 to 120 tenge (30 US cents) per litre. Regions such as oil-rich Mangistau rely on LPGs for fuelling as much as 90 per cent of vehicles.

“People are tired of waiting for what was promised to them 30 years ago.”

Mukhtar Taizhan, a leading opposition activist, said that only one electronic trading platform was set up for gas purchase and sale, effectively creating an artificial monopoly.

“What does the newly created monopolist ‘exchange’ do?” he asked. “Traders pay a huge exchange charge; only particular brokers may trade and they take big fees for brokerage services. In the end, these artificial mediators levelled up prices for 30 per cent and more because of their greed and monopolistic position.”

On January 2, residents of Zhanaozen and Aktau on the south-western coast of the Caspian Sea took to the streets against the hike.

Zhanaozen resident Serik Baktybaiuly said he feared that the increase in gas prices would automatically affect the cost of food.

“Authorities always fob us off with promises,” he told IWPR. “We produce gas, and yet it gets more expensive every year. They should provide us with gas first rather than supply it to Russia. Our prices and salaries are inconsistent. Gas price should not exceed 50 tenge (11 cents).”

Indeed, inflation is running high, closing in on nine per cent year-on-year, the highest in more than five years.

The measures did not stem public anger and the government deployed riot police and the military to stem the protests. In an address to the nation, Tokayev appealed to the CSTO for support.

Armenia’s prime minister Nikol Pashinyan, who holds the current chairmanship of the alliance, said that the forces arriving in Kazakhstan will help “to stabilise and normalise” the situation.

But many analysts consider the CSTO involvement a political mistake, with the potential of unravelling into interethnic clashes and a wider uprising. Authorities need to handle the situation with care, they warn.

“If they do not pursue peaceful talks, do not respect the opinion of ordinary citizens, and make them all violators and looters, then we will have a reverse effect,” political analyst Amirzhan Kosanov told IWPR. “Only the launch of sweeping economic and political reforms will reduce tensions and take the country out of this political crisis.”

Some see continuity with the mass protests held when the nation went to polls in June 2019, following Nazarbayev’s resignation. Rallies were held in Almaty and Nur-Sultan calling for a boycott of the election, with nearly 500 protesters detained in both cities.

“Many people thought that with Tokayev in power something would change, [but] he has failed to fulfil all his promises in terms of political reforms,” political analyst Dosym Satpayev said. He noted that the gas issue was connected to the country’s oligarchic economy, which, in turn was directly related to the authoritarian state administration.

There is profound inequality in the resource-rich country of 19 million in which some million people live below the poverty line while several billionaires feature on the Forbes rich list.

“A lot of factors overlap in these protests: fear for the future, fear for children, discontent with the current situation, disappointment with unfulfilled promises,” Satpayev continued. “People are tired of waiting for what was promised to them 30 years ago.”

Despite his formal resignation in 2019, Nazarbayev and his family are widely seen as still holding the levers of power in Central Asia’s largest economy. In some cities, monuments of the ex-president were pulled down and destroyed.

Taizhan said that the root of the turmoil lay in the lack of economic and political reforms and the inability to curb the influence of oligarchs. Reforms should have been launched after the transition of power in 2019, he argued.

“The reformative pace was lost and then the pandemic began,” he continued, adding that Tokayev was partly liable for the lack of change.

“He should have called the ministers, and first the prime minister, to task for execution of presidential reforms,” Taizhan continued. “Will the new prime minister Smailov be able to execute the necessary reforms? I don’t know. It depends on whether he can get rid of the oligarchic influence. If he can, it would be good. Otherwise, we will have [again] such conflicts in the future.”

While the country is in chaos, the wealthy appear to be leaving the country. According to FlightRadar, ten private jets belonging to rich Kazak entrepreneurs have left Nur-Sultan and Almaty for Europe this week. The 81-year-old Nazarbayev has not been seen or heard from since the protests began.