Health officials say disease had disappeared in Khost province but re-emerged with a refugee influx from Pakistan.

Health officials say disease had disappeared in Khost province but re-emerged with a refugee influx from Pakistan. 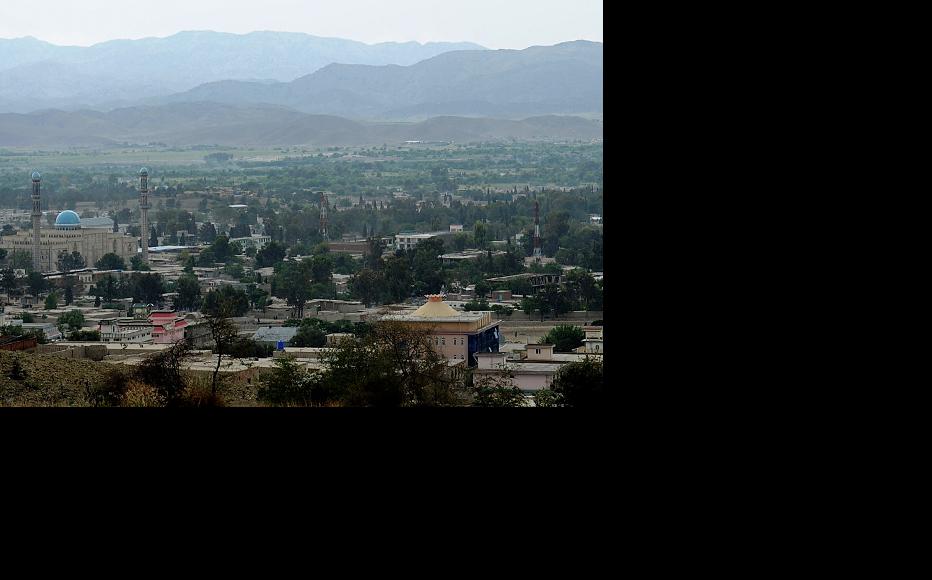 Khost in southeast Afghanistan, where health officials fear a refugee influx could lead to the spread of polio. (Photo: Laura Goodgame, US Air Force.)
The link has been copied

Health officials in the Khost province of southeast Afghanistan have warned of a polio outbreak, noting that they have recorded one case and that more are likely.

They raised the alarm after tens of thousands of civilians arrived in the province from over the border in North Waziristan, fleeing from a Pakistani army offensive launched in mid-June.

Rahmat Khel, head of vaccination in the provincial health department, told IWPR that no new polio cases had been seen in Khost since 2012, but concerns were raised when people started arriving this summer.

The Pakistani Taleban have systematically targeted and killed vaccination workers, whom they regard as agents of the West.

According to Mashal Radio, 80 new cases of polio were recorded in North Waziristan in 2013 and 2014.

Afghan health officials have embarked on an emergency vaccination programme among the refugees who have arrived in Khost.

Hedayatullah Hamidi, director of public health in Khost, told IWPR that his staff had identified one confirmed case and nine possibles among the incoming refugee population, and had forwarded the test results to Kabul and Islamabad.

Rahmat Khel, head of vaccination in the provincial health department, said that of the unconfirmed cases, two had an 80 per cent likelihood, although the results had not come back yet.

Dr Najibullah, head of public awareness at the Khost’s polio vaccination centre, called on the World Health Organisation to focus efforts on halting this highly infectious disease before it re-emerged in the province.

"Even if a polio sufferer lives in Asia, the children in Europe are not safe. So the international community should put an end to the problem right here," he said.

Hajji Zainullah Khan, whose son is the one confirmed case to date, said the eight-year-old started vomiting and ran a high fever, so they took him to a doctor who diagnosed polio.

"Our grief at being refugees was great enough, but now we are also engulfed in the flames of our son's grief," he said. "I wish I hadn’t listened to the mullahs and preachers, and had vaccinated my son."

He and others from North Waziristan said Muslim clerics as well as the Taleban had told them not to get their children vaccinated. Various reasons were cited, including that the children would be infertile as adults – in a ploy to decimate the Muslim population – or that the vaccine a tracker that would allow the United States military to home in on targets. Some said al-Qaeda leader Osama Bin Laden was only found and killed in 2011 because his children had been vaccinated.

"Mullahs, Taleban and preachers have issued so much propaganda against vaccination in North Waziristan over the last two years that even if they now fell silent, people still wouldn’t be prepared to be vaccinated,” said Mohammad Yusuf, another refugee. “People have a negative perception of vaccination fixed in their minds."

Whatever prejudices the refugees may still harbour, Hamidi’s healthworkers are pressing ahead with vaccinations. He told IWPR that mobile vaccination teams has been deployed in three districts where the refugees were concentrated – Gorboz, Alisher and Zazai. A first round saw just under 50,000 children vaccinated, and 26,000 more were covered by a second.

Hamidi said his department had the staff, vehicles, storage facilities and vaccines to operate all across Khost province and inoculate local children as well as the refugees.

"Whenever a case of polio is discovered anywhere, comprehensive research has to be done there,” vaccination official Rahmat Khel explained. “We have to find out where the patient has been and who he’s been in contact with. Then the area has to be quarantined, and all children under the age of ten there should be vaccinated within two weeks."

"We’d sit outside their homes or tents for hours, but they wouldn’t come out. If they did come out, they’d say they didn’t want to ruin their children’s lives as they knew that it was a trick by the infidels," he said. "The North Waziristan refugees have frustrated the polio vaccination campaign and all our efforts."

In contrast to those in northwest Pakistan, clerics in Khost are being encouraged to support inoculation.

"I always tell my students, who are mostly mullahs and imams in village mosques, to tell people to give their children the polio vaccine,” said Mohammad Salim, who teaches at Khost’s religious institute. “I also explain its value to them according to Islam."

Stressing the obligation to save lives and to ensure children grew up in good health, he said, "Those who work in this area deserve rewards."

Some of the North Waziristan refugees remain unconvinced.

"I still don’t believe in vaccination,” said Hajji Gul Nur Khan. “It’s a conspiracy by the infidels to reduce the Muslim population. They destroy Muslims in war on the one hand, and use medication to deprive them of the blessing of children in the future, on the other.”

Sharab Khan, also from North Waziristan, described the inevitable consequences of such attitudes. "A relative of ours has five children, three of whom suffer from polio. No matter how much I told him to vaccinate them, he said it was against shariah [Islamic law] and that his children wouldn’t be able to have children later on. He said it was pointless. Now he regrets it, but that isn’t much use.”

Pakistan, Afghanistan
Health
Connect with us