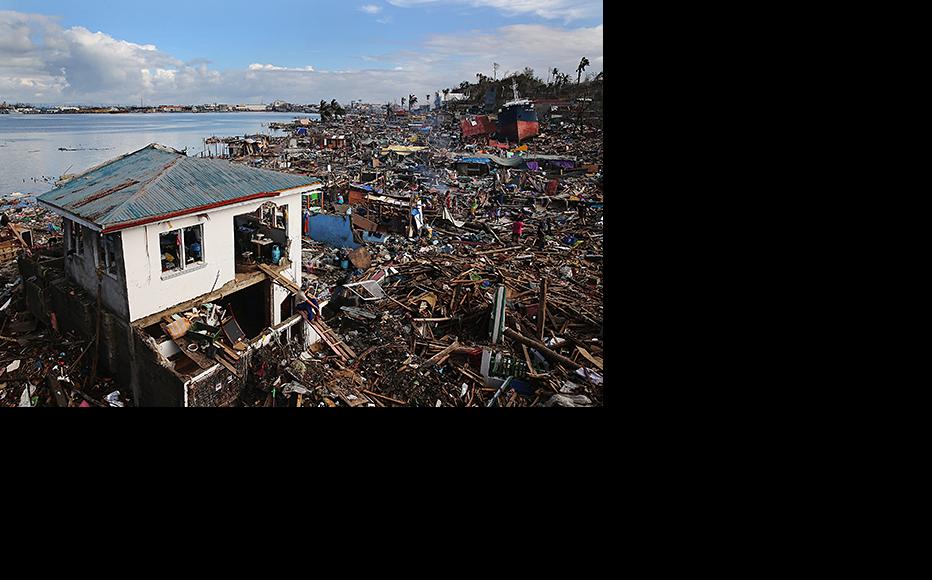 A man sits outside his home, the only one left standing in a particularly badly damaged area of Tacloban. (Photo: Dan Kitwood/copyright Getty Images)
The link has been copied

Two things were hard to ignore during a recent visit to Tacloban six months after Typhoon Haiyan struck the Philippines: the many billboards with bold and big names of donors pouring in money for rehabilitation, and the hotels, town houses and cafes that donors have transformed into offices.

Not far away from the latter are parking lots with rows of SUVs used by donors to implement their projects, especially in far-flung areas. As one local journalist — and a survivor of Haiyan — told me: “The donor community and international NGOs are here for the long haul.”

While this sounds good and promising, some questions remain: Where has the local community been in all this? How deep has their role been in determining spending and monitoring its impact? Sadly, and given our government’s poor reputation when it comes to ensuring aid goes to those who need it most, how can people be sure that corruption and misappropriation is a thing of the past and things are finally working well?

Recent conversations with journalists and civil society workers here somehow already give a hint of what the problem is. One observation is that direct implementation of projects by donors and international NGOs have diminished the role of local people in ensuring a meaningful and appropriate response to the disaster. Another is that, because identification of many programs is top-down donor-driven, some do not respond to the actual needs of the community. For instance, many affected families claimed that relief support has never been enough and that it should have been the immediate priority over rehabilitation projects, which they don’t see as having any direct impact on them.

Moreover, one of the earliest concerns in the aftermath of Haiyan — lack of transparency and accountability over the aid funds and donations that poured in — has not been resolved at all. “We are in the dark as to how the government and foreign donors have spent the money for Haiyan rehabilitation. We have no access to data,” said the leader of a recently formed network of Haiyan survivors.

To be fair to donors and their partner international NGOs, the immediate post-Haiyan situation was both compelling and alarming that they had to do something — on their own.

National and local government were caught in political bickering that dates back to the decades-old war between the clans of President Benigno Aquino and Tacloban Mayor Alfred Romualdez. Also, both the international and the local media highlighted the Philippine government’s seeming lack of coordination in responding to the disaster. On top of that are the lingering allegations of corruption and lack of transparency over the use of funds earmarked to rehabilitate areas affected by tropical storms Washi in December 2011, and Bopha the following year.

Donors may internally monitor and audit their own projects effectively — but they are surely missing key opportunities in finding answers to some important questions, including whether or not the responses met the needs of the community. Despite claims that beneficiaries and their participation lie at the heart of strategies and help shape and drive responses, especially when it comes to monitoring and evaluation, M&E reports seem to be exclusively directed to, and solely for the benefit of, internal staff and managers rather than the general public.

Lest we forget, the tragedy of Haiyan generated an enormous amount of international attention, solidarity, sympathy — as well as financial support. Many international NGOs were able to come to the Philippines and deliver their programs precisely — and only — thanks to this massive level of public interest and fundraising. Does it come, then, as any surprise that those who offered a helping hand are now increasingly asking about the effects and impact of the relief effort? It’s the same story in the months that followed the 2004 Indian Ocean tsunami.

International agencies often worry about and cite donor fatigue — and yet, without considering how they can better report publicly on how funds have been spent and how effective they have been, they are inadvertently working against their own goal of sustaining public interest and engagement in case another disaster happens.

Picture this: A member of the public in a European country responds to a collective national call to support all those agencies able to quickly respond to the Haiyan disaster. Six months on, or 12 months on, what group best responds to their natural curiosity about how things are going?

Actually, the best and most objective reviews tend to come from the media. In the case of the Philippines, it’s the local media that is truly tracking the sentiments of the people in the affected regions and the collective lack of donor feedback to show citizens what is being done in their name to help them.

Donors talk a great deal about coordination of efforts — and yet what about coordination of reporting around impact and effectiveness? Do donors expect those most affected on the ground to search through all the different (and English-language) reports that are posted on the websites of the many dozens — if not hundreds — of agencies working in the Visayas region after Haiyan? Is there no better way to keep beneficiaries informed, if not actually engaged?

In the immediate aftermath of the catastrophe, a consortium of Philippine NGOs sought to set up a public and citizen-led monitoring project of how all funds promised by the international community and our own government were allocated. Unfortunately, none of the major donors contacted seemed at all interested in such an initiative that sought to link local NGOs and local media and citizen groups in the areas affected. Only the British embassy bothered to reply. While key donors could argue that it is something that they could easily and rightfully do themselves and with their own funds, this surely poses a huge gap in the need for greater public accountability in post-disaster phases.

In a case where huge and continuing public donations and international support don’t go through NGOs or government agencies, they key is the assurance that all the kindness is not put to waste. And with Haiyan, we have failed to collectively meet the challenge on behalf of the affected communities as well as those who donated kindly.

Sandhya Venkateswaran, currently a senior program officer at the Bill & Melinda Gates Foundation, offered a useful guidepost while still with CARE India and involved in humanitarian response to the Indian Ocean tsunami, which left 10,000 people dead in her country alone. She said: “Post-disaster rebuilding that is not carried out in partnership with affected communities, building on their knowledge and opinions; that does not involve a flow of information on entitlements, policies and processes; and which is not accountable is often misplaced, ineffective and iniquitous.”

Venkateswaran emphasized the role of donor agencies, together with the media, the state and civil society in “creating an environment where people’s rights to information, participation and informed choice, and their right to accountability, are respected and realized.” She further shared three specific ingredients which, nearly a decade later, remain very appropriate to post-Haiyan response: transparency, participation and community monitoring. Participation and citizen-led monitoring not only help bring back the dignity to the people, but also allow them to define rehabilitation according to what they need, so they can become major players in the critical process of building back better and more resilient communities.

A positive note is the emergence of several measures and initiatives addressing the need for greater citizen participation in monitoring the use of Haiyan funds. One of them came from the Philippine government, which decided to give 64 countries and seven international aid organizations the access to its Foreign Aid Transparency Hub website.

The recent Asia-Europe Meeting Conference on Disaster Risk Reduction and Management held in Manila also tackled the need for genuine participation of citizens — from identifying rehabilitation projects down to monitoring and reporting on how funds were spent. The three-day meet yielded the draft Tacloban Declaration, which underscored the need for international responders and national governments to include financial tracking mechanisms for better accountability, as well as nurture long-term partnerships with civil society and other local sectors to improve resilience.

However, these initiatives came six months since Haiyan and at a time when whispers about allegedly unaccounted rehabilitation funds had already become loud and more pronounced.

The donor community should pick up from here and finally work hand in hand with citizens who continually ask: Where did the donations and foreign aid promised to us go? And once again, should we rely on the media for answers — or is it not better to expect more from donors and implementers themselves?

Rorie Fajardo is program manager at the Manila-based Citizen Action Network for Accountability and IWPR country director in the Philippines. This article was originally published on the Devex website.

Philippines
Humanitarian crisis
Connect with us