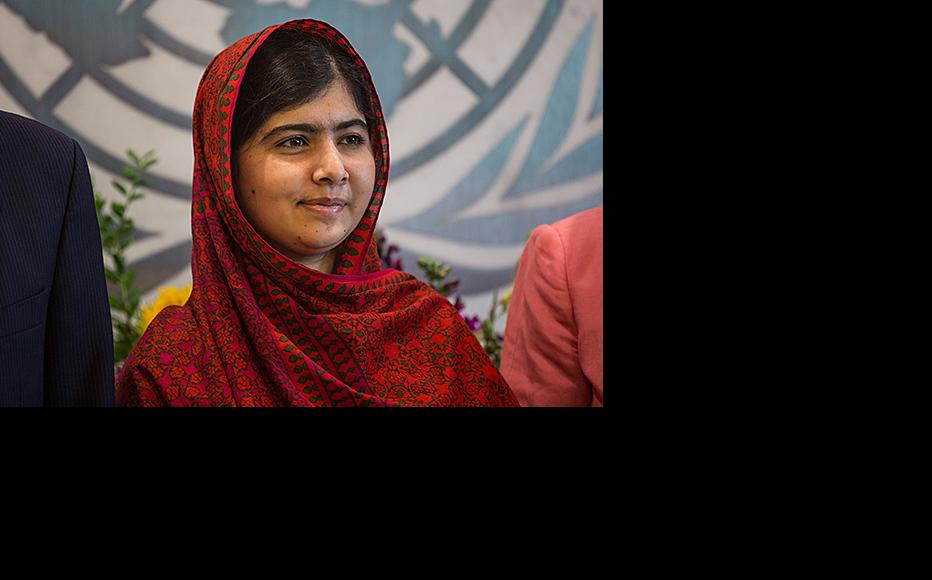 IWPR congratulates Malala Yousafzai on winning the Nobel Peace Prize in recognition of her work to promote education for girls around the world.

She shares the prize with Kailash Satyarthi, a long-term campaigner against child labour in India.

“Despite her youth, Malala Yousafzai has already fought for several years for the right of girls to education, and has shown by example that children and young people, too, can contribute to improving their own situations. This she has done under the most dangerous circumstances,” Thorbjørn Jagland, secretary general of the Norwegian Nobel Committee said. “Through her heroic struggle she has become a leading spokesperson for girls’ rights to education.”

Five years ago, Malala was a trainee and then a peer educator in IWPR’s Open Minds Pakistan youth programme, which worked in schools in the region to help young people engage in constructive discussion on social issues through the tools of journalism, public debate and dialogue.

Malala’s school, headed by her father Ziauddin Yousafzai, was a partner in IWPR’s Open Minds Schools Network, and she gained a global audience through blogs and other media for her passionate defence of girls education in the context of extremist violence and repression in the country’s Swat Valley.

She was dramatically airlifted to the UK in 2012 following an assassination attempt by the Pakistani Taleban that also wounded two of her classmates.

“Malala is an inspirational young woman with clear beliefs and a courageous spirit, softly spoken but with a spirited manner and a very powerful message,” says Anthony Borden, IWPR Executive Director. “We are proud of our trainee and profoundly motivated by her story, which shows the power of a single, determined local voice to have truly global impact.”

Malala published her young memoir, I Am Malala, co-written with Christina Lamb, the award-winning author and journalist for the Sunday Times and a Member of the Board of IWPR.

“Malala has done a fantastic job of highlighting the fact that for many reasons – whether the Taleban or poverty or other causes – as many as 60 million children around the world are not in school,” says Lamb. “She would be the first to say that she is not the only one who has risked her life to do this. But she has been given a platform, and she will use it well.”

In Afghanistan, the Open Minds concept continues with a programme in which thousands of young people have joined a nationwide discussion on the democratic process and why it is worth opting in rather than out.

IWPR works in more than three dozen countries around the world giving local people voice so that they can drive positive social change – building the capacity of local media, strengthening the communications skills of activists and non-governmental organisations and engaging with governments and officials to enhance transparency and access to information.