Nigeria: Soldiers Forced To Buy Their Own Uniforms

Nigeria: Soldiers Forced To Buy Their Own Uniforms 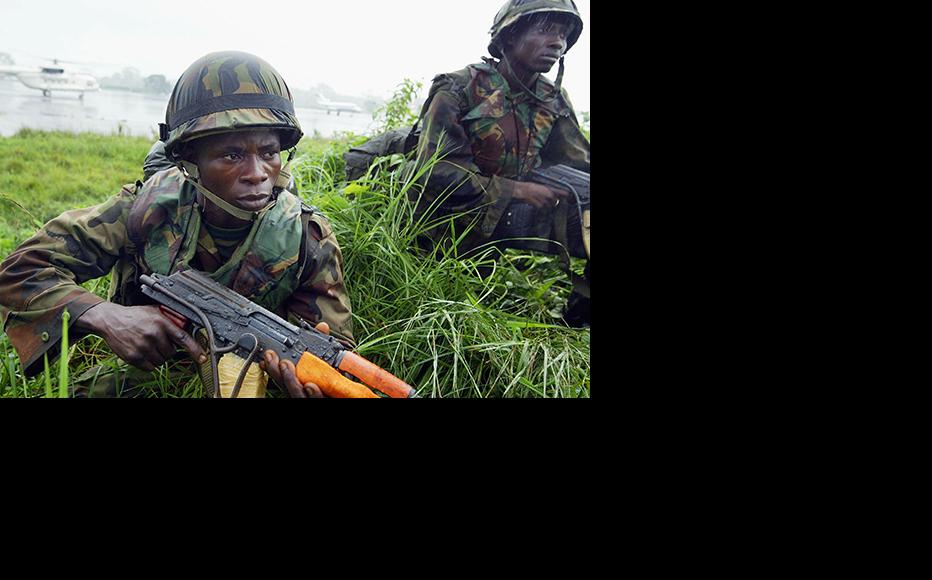 Nigerian soldiers have to pay for essential items of kit out of their own money, an investigation has revealed.

Over the last five years, the Nigerian government has budgeted a total of N3.456 billion for equipping its soldiers.

However many soldiers, including those involved in the fight against the Boka Haram insurgency in the northeast, say that they have been forced to spend their own money on buying uniforms, boots and other items of equipment.

The scale of the problem became apparent during an investigation lasting several weeks that involved visits to army barracks across the country.

In Kaduna, Abuja and Lagos, IWPR witnessed first-hand how soldiers bought uniforms and boots both in the black market and in army-owned shops.

Many soldiers said they had had to buy their own uniforms on several occasions throughout their service.

Very few soldiers said they were ever given footwear.

“You have to buy boots with your money,” said one soldier who asked to remain anonymous for fear of punishment.

Serving in Maiduguri since 2013, he said and his comrades had received extra uniforms as on one occasion they had been forced to retreat “with only the uniforms we had on”.

“We were issued one each early last year when we advanced to recapture the town,” he said.

The Nigerian army has in recent years dismissed about 5,000 soldiers for various offences including refusing to fight Boko Haram militants. In turn, many of the soldiers accused the army of sending them to fight the insurgents without adequate equipment.

As many as 3,000 of these soldiers were later reinstated.

Meanwhile, a look at the army’s budget over the last five years showed that an average of N622 million was budgeted yearly for the provision of uniforms and kits.

A retired sergeant, who spent 35 years in the army and worked with ordinance, the section of the army responsible for everything from weapons and ammunition to uniforms and kits, said that the sale of military kits used to be uncommon.

“What we had was the ordinance store where kits and other equipment were kept, not sold. However, there was officers’ shop, where only officers go to buy some of their accoutrements but not boots and uniforms, which they were expected to be issued by the army.”

The retired soldier explained to IWPR on condition of anonymity what made up a soldier’s kit.

“When a soldier leaves the depot after enlisting into the army, he is supposed to be given uniforms, belts, singlet, cap, boots, socks, blanket, sport wears, first aid kit – iodine, plaster, cotton wool, shoe powder, bandage,” he said.

The first aid kit, the ex-sergeant explained, was supposed to be issued to soldiers on active duty.

However, in recent times, they had become luxury items only sold in army stores. Even the thousands of soldiers deployed in the northeast to confront Boko Haram were not given these kits.

Rather than depend on the army, soldiers buy their kit either from tailors, their colleagues, army stores or on the open market.

Getting uniforms from the tailors who put together military outfits - usually in markets near the barracks - is easy. These tailors are either civilians or retired soldiers .

In Kaduna, this reporter witnessed a transaction in a tailor’s shop. A soldier who needed a camouflage uniform had called ahead and was informed that one was available. Once in the shop, the haggling started.

“But you know that camouflage is expensive. In some places it sold for N15,000 but mine is not that quality and also because it is not sewn, so I will give it to you for N12,000,” the tailor said.

After leaving the tailor’s shop, the soldier met a colleague who said that he was about to sell a uniform that was of much higher quality.

“The one I have is number one [grade]. You know this one you have is not even number two. It is inferior to the one I am putting on, which is not number one,” he said.

“This uniform here is the same type issued to officers,” he continued, explaining how he had managed to obtain an outfit only meant for a superior rank.

“You know I’m in Jaji [where the army has its school of infantry and its command and staff college), the home of officers,” he answered. Jaji has a reputation for being a hub for acquiring military accoutrements.

Although soldiers are rarely issued uniforms and other items, they are readily available in army shops.

Everything from clothing, boots, and raincoats to camp beds, bags, first aid kits and ceremonial swords can be bought at ordinance shops or the Nigerian Army Post Exchange (NAPEX).

There is no bargaining in these shops and each soldier has to show his ID card, with all purchases recorded.

At the Mogadishu cantonment, also known as Abacha barracks in Abuja, camouflage is available for N15,000 at the ordinance shop operated by Lodoni Company Nigeria Limited.

At the Ikeja Army cantonment in Lagos, soldiers can buy kits from the NAPEX store inside the barracks, although some prefer to buy from their colleagues because they can bargain over prices and pay in instalments.

Boots are particularly hard to come by. Those few fortunate enough to be issued with footwear invariably receive the correct size and have to exchange them with colleagues, or sell them and add their own money to buy suitable footwear.

Soldiers on peacekeeping missions tend to buy them when abroad.

Boots of a decent quality cost N9,000 at the central market in Kaduna. One trader said that he shipped them in from Togo.

All army divisions get their military kits from the Central Ordinance Depot in Yaba, Lagos State (CODY), a huge, tightly-secured storage facility headed by a Quartermaster General, who can be as high in rank as a Major General.

A battalion passes an order for kit to its brigade headquarters, which in turn forwards it to the division headquarters. The division checks its store to see if the requested items are available.

“Whatever is available is given, while the ones that are unavailable would be marked down for whenever they become available,” the retired sergeant explained.

Back at the battalion, goods are taken to a store under the care of the quartermaster, who in turn has store men working for him.

Nothing leaves the store without the knowledge of these men. From CODY down to the battalion level, store men are the conduits for contraband kit.

This is in spite of the frequent auditing.

“Auditors come to all ordinance stores three to four times a year. Before they come, the ordinance personnel are notified one week ahead to prepare their books, so the commanding officer arranges with his store man to make sure that their book is up to date,” the sergeant said.

He added  that this advance notice was long enough time for the store man to arrange his books because “all the auditors do is to look at the inventories for items that come in and go out to see what is supplied, what is given out to soldiers and what is remaining”.

However, not all uniforms sold in the black market are obtained illegally. The sergeant said that ordinance personnel usually got double their share of everything issued by the army, even though they rarely went out on active duty.

“Are we not the ones in charge of the store?” he asked. “Ordinance personnel get uniforms at least once in 12 months.”

Domestic staff, most of whom do not need to wear uniform, also sell their own kit for extra money.

Many soldiers explained that at one time or the other, they had been issued with substandard uniforms by the army.

“There are fake and original uniforms. The moment you insert the original in water, you see the Nigerian coat of arms. I have to buy an original when the army issued me a fake one,” a soldier involved in the fight against Boko Haram in Maiduguri said.

“Any soldier you see looking good, they must have spent about N30,000 of their money,” he continued. “The army wants us to look good, yet it is not giving us the kits to do so.”

Nigerian journalist Samuel Malik produced this report with support from PartnersGlobal and the Institute for War & Peace Reporting.  It is one of a series of investigative reports produced under the Access Nigeria/Sierra Leone Programme funded by the United States Department’s Bureau of International Narcotics and Law Enforcement.

Nigeria
Army
Connect with us