Tensions are rising between Fulani pastoralists and villagers in the country’s southwest.

Tensions are rising between Fulani pastoralists and villagers in the country’s southwest. 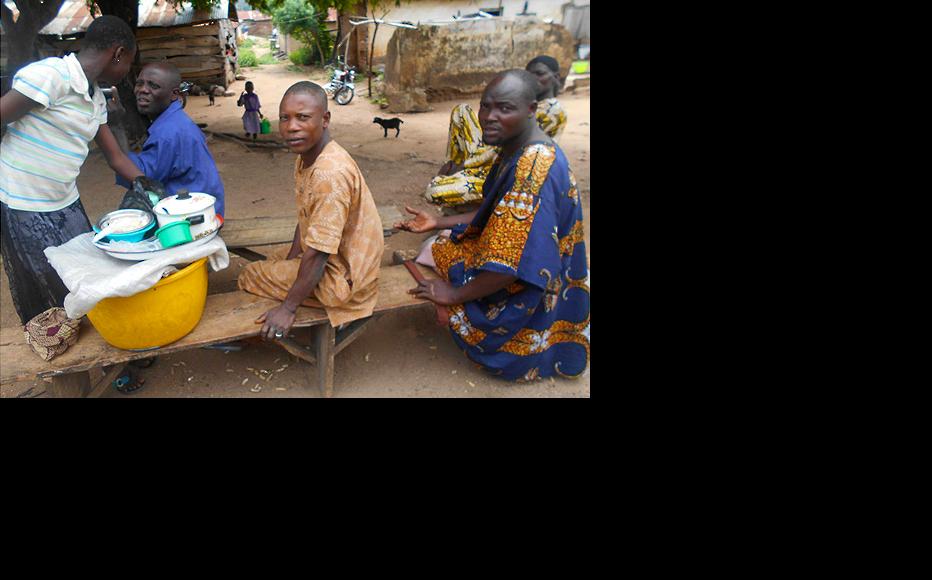 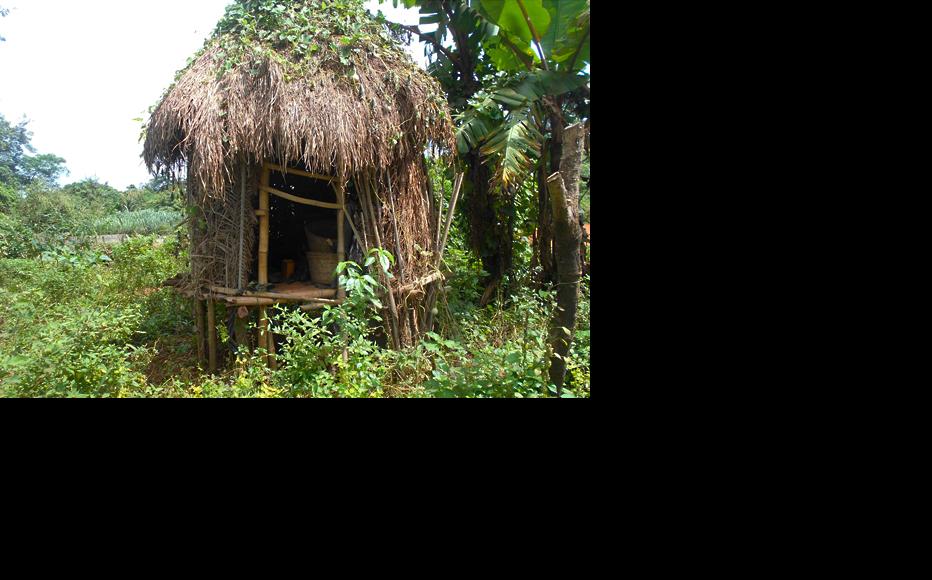 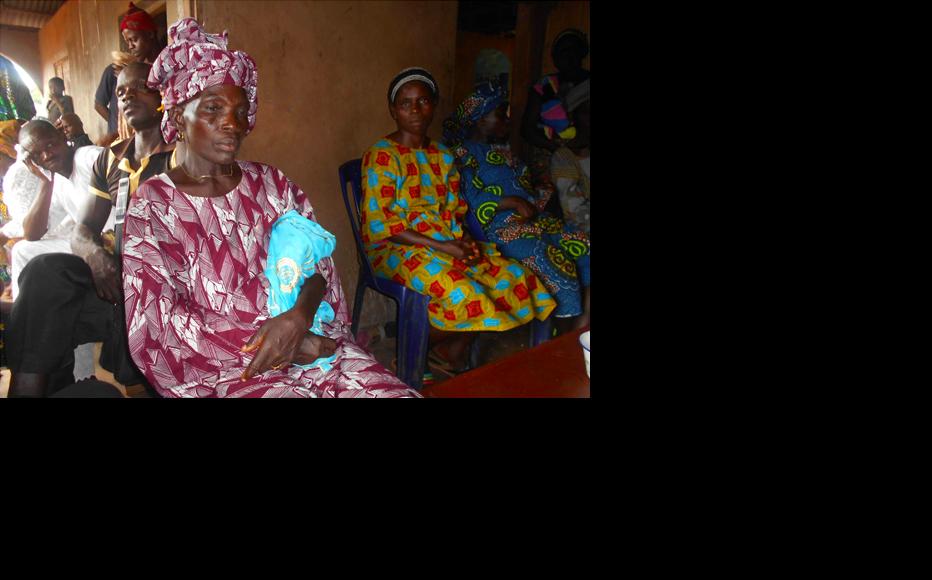 Mariam Popoola, 65, and other members of her community. (Photo: Hannah Ojo) 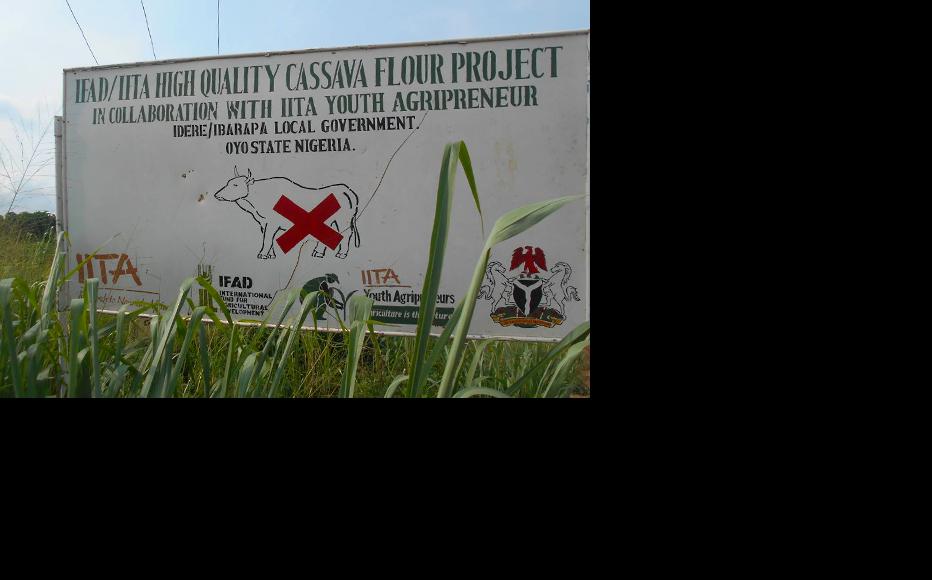 A signpost at a cassava field in Ibarapa. (Photo: Hannah Ojo) 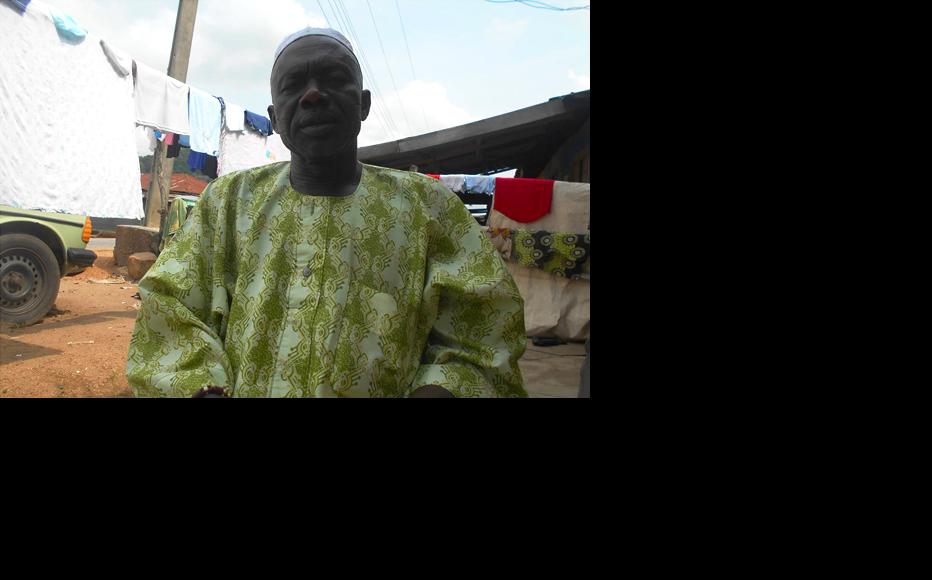 Mariam Popoola, a 65-year old farmer in the village of Ibeku  in Ogun state’s Yewa North, wept as she described how attacks by Fulani herdsmen were making local peoples lives a misery.

Some 500 herdsmen were using the Agua border area in Ketu local government for grazing between December and April each year. Although they had been passing through for the last two decades, friction had been getting increasingly worse for the last ten years.

Popoola said that women found alone on their farms were raped and cattle left to foul drinking water supplies.

“[Herdsmen] open up our barns in the farm and eat up the maize and cassava we kept.  Even the planted ones are uprooted and stepped on in the process of grazing.  If we question them, they carry their gun and shoot at us,” she said.

Tensions are rising between Fulani pastoralists and settled farmers in southwestern Nigeria.

Farmers accuse the herders of damaging crops and allowing their animals to run wild. In some cases, they allege Fulani involvement in serious violence including rape, robbery and murder.

For their part, the herdsmen say that they have no choice but to find pasture for their animals and argue they are the victims of unfounded prejudice.

Local agriculturalists say that some villages in Ketu, including Asa, Agon-ojodun, Ayetoro, Ogunpa, Kodera and Igo nla, have been left almost empty of their inhabitants.

Timothy Olasope, another Ibeku farmer, said that his crops had been destroyed for the last two years. He agreed that the presence of the Fulani herdsmen left villagers so frightened that they kept indoors in the evening for fear of attack.

Incidents include the death of Yomi Alade, a teacher in the Area Community High School who was killed in a fight with herdsmen on December 24, 2011, although no one was ever convicted.

Three years earlier, local woman Ruth Oga died in a stand-off with herdsmen in her farmland in the village of Asa.  A fellow villager was raped and killed as she tried to defend her farm from herdsmen.

In neighbouring Oyo state, a community leader said that the herders had caused havoc in the ten local government areas of Oke-Ogun.

Chief Amos Ajibesin, the chairman of the All Farmers Association, Oyo State, recounted a murder earlier this year that nearly led to a riot.

“On February 18, this year, the pastoralists met a woman in the farm and they beheaded her.  I had to run there with the commissioner of police to avert crisis as the villagers were already set on rioting,” he said. Local police confirmed the incident.

There are some seven million predominately Muslim Fulani people living in Nigeria. While settled Fulani live permanently in towns and villages, many have kept a nomadic way of life and move with their livestock every few months.

With Nigeria’s land resources depleted by development as well as desertification, there is often conflict between these sedentary and pastoral communities.

Chief Rafiu Magbeje, a community leader in Afua, near the town of Ayete in the Ibarapa North local government of Oyo State, accused pastoralists of allowing their herds to rampage over farmland.

They delegated children to look after their cattle, who were unable to keep the animals on designated grazing paths, he continued.

“How can someone just place one man and little children to oversea a herd of 60 cattle?” he asked. “We have held meetings with their leaders to no avail.  It has now gotten to the extent that our farmers can no longer get food to eat on their farms, yet the farmlands in the Fulani settlement are booming.

“Our traders now buy cassava from the Fulanis, which they usually buy from the farmers in the hamlets,” he continued. “Young farmers have been affected, as some of them who took loans from the bank have been sent into debt.”

Community leader Chief Samuel Edun, the Ashamu Apesin of Oja-Ona, said that he no longer believed the herdsmen were interested in grazing animals.

“They don’t event eat grass anymore. They are after our farm yields.  If they meet a couple in the farm, they will chain the husband and rape the wife in his presence. We tried to contain them but we are at our wits end.  When God is ready, he will come and help us,” he said.

Turaki Shehu Muhammad is the State Secretary of the Association of Fulani Chiefs of Nigeria, Ogun State chapter.

He told The Nation that the current situation had made life hard for farmers and the herdsmen alike.

Yakubu Bello, the head of the Miyeti Allah association of Fulani herdsmen in Surulere government, Oyo State said that his group had met with farmers and begged them for a end to violence and reprisal attacks.

He added that the nomadic herdsmen were the ones who caused violence, insisting that there had always been a cordial relationship between the settled Fulanis and members of their host communities. He cited numerous intermarriages that have served in many instances to cement relationships.

Fulani leaders have called for grazing reserves to be set aside for their exclusive use, arguing that this would also help reduce friction with settled communities. Although there is some provision of this kind, it is far from adequate for all their needs.

But the All Farmers Association’s Ajibesin said that they would not agree to the creation of a reserve for the herdsmen to graze their cattle in Oyo State.

He added that the association had written a proposal to the pastoralists to source readymade feeds for their cattle as was done by poultry farmers.

Some farmers now resort to spraying chemicals on their lands or poisoning streams where the herders’ cattle graze.

In turn, herders have threatened to sue farmers if their cattle die on their land.

Dele Raji is a farmer from Saki, one of the towns in the Oke-Ogun area, and also doubles as the chairman of the Oyo state chapter of the Maize Association of Nigeria.

He said that herders had no right to complain if their livestock fell ill while grazing on other people’s property.

“Is it the farm that went to meet the cow or the cow went to meet the farm?” he asked.   “That is our contention.  Even if it is an open space, can an intruder just come into someone’s house without permission?”

ANGER WITH THE STATE

Farmers say that they have been betrayed by a police force unwilling and incapable of protecting them from the Fulani pastoralists.

They complain that even when disputes are taken to the authorities, the compensation offered does not cover the cost of the farmlands destroyed.

Raji said that farmers were often locked up unjustly, and that Fulani herdsmen had often bragged about having the means to ‘take care’ of the police.

Police spokesman Adekunle Ajisebutu said that any allegations of partiality were baseless.

He added that the police had been trying to mediate using alternative conflict resolution methods.

Asked about arrests, Ajisebutu replied, “I can’t give you the number of arrests we have made now but I can tell you that we have effected some arrests as regards skirmishes and crises emanating from those places and they have been arraigned in court. Whether they are Fulani or they are farmers, I don’t know.”

The herders say that they carry guns to protect their cattle, but Oyeyemi said that allegations that the herdsmen were better armed than the police were untrue.

He added that the herdsmen have been warned not to carry arms. All they needed were the traditional sticks used to direct cattle while grazing.

“Once we get wind of any such information, we will act swiftly to prevent violence”, he said.

Nigerian journalist Hannah Ojo produced this report with support from PartnersGlobal and the Institute for War & Peace Reporting.  It is one of a series of investigative reports produced under the Access Nigeria/Sierra Leone Programme funded by the United States Department’s Bureau of International Narcotics and Law Enforcement.

Nigeria
Conflict
Connect with us