Courses provide skills for trainers to take back to their own countries.

Courses provide skills for trainers to take back to their own countries. 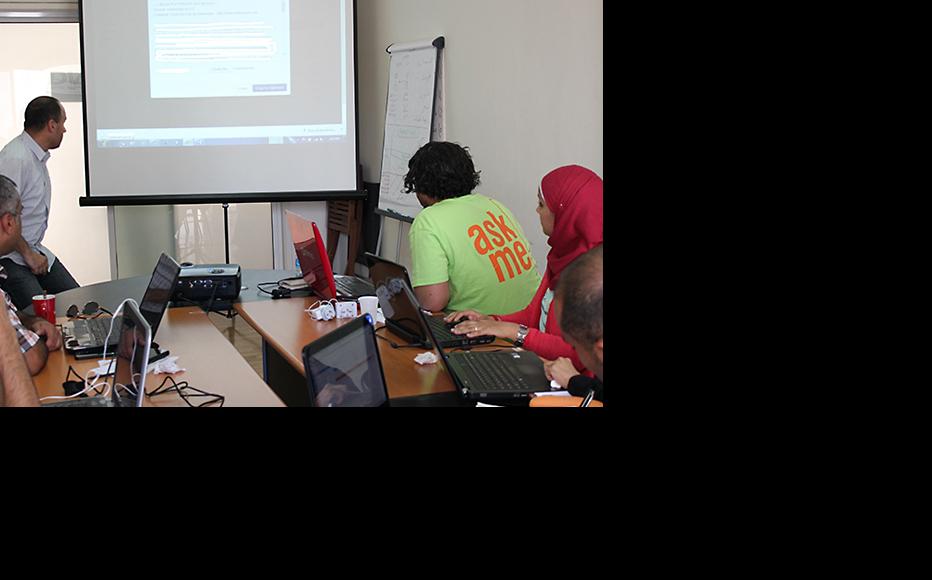 IWPR digital security expert Bahaa Nasr explains how to use encrypted emails. (Photo: IWPR)
The link has been copied

IWPR’s Cyber Arabs programme is building a network of skilled digital security trainers in the Middle East and North Africa, equipping them to teach activists and netizens throughout the region how to use electronic communications without putting themselves at risk.

Most recently, two workshops conducted in April and June gave an additional 17 activists the skills and knowledge they need to act as trainers.

Two of the participants in the April event held a one-day training for seven activists the following month when they returned home to Kuwait.

“I train journalists and activists on social media and blogging and how to use them properly,” said Dina Najm, an activist from Iraq who was among eight participants in the most recent workshop, held on June 3-7. “I want to incorporate digital security into this training because I think it’s hugely important for journalists and human rights activists.”

IWPR digital security specialists at the June workshop covered issues ranging from communications surveillance to virus and malware attacks and hacking. They explained best practices and software programmes for digital security, including how to create and manage passwords, encrypt files and emails, and circumvent digital surveillance, and also tested participants’ ability to train others.

Another participant, who wished anonymity for security reasons, said, “I work on documenting human rights violations and although the security forces have not summoned me because of my work, they have done so with some of my colleagues. The questions are always the same, 'Who are your sources?’ and ‘Where is your information?’ So it’s important to learn how to encrypt files to protect our information.”

Aso Abdul-Wahab, an activist from Iraqi Kurdistan, insisted that reporters were most in need of digital security skills, “especially journalists who investigate issues like corruption. They need to protect their data and documents and the identities of their sources.”

The training-of-trainers workshops are carried out as part of IWPR’s Arab Digital Security Training Academy, a Cyber Arabs project that aims to empower activists across the Middle East and North Africa region. For more information about the Cyber Arabs program, please visit cyber-arabs.com