Security fears mean they do not want to testify in trial at the International Criminal Court.

Security fears mean they do not want to testify in trial at the International Criminal Court. 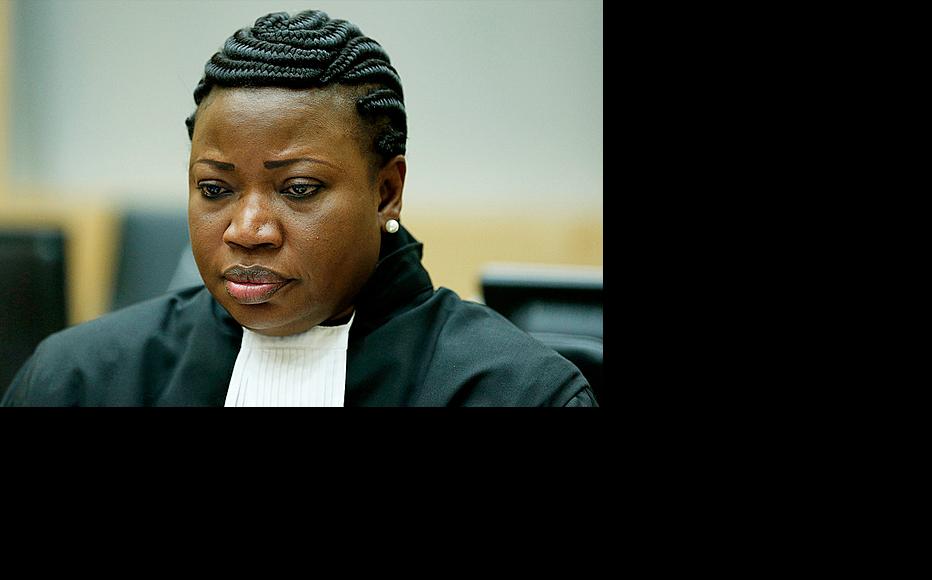 ICC Prosecutor Fatou Bensouda. According to a written filing submitted by Bensouda on July 16, one of the witnesses has informed prosecutors that he is no longer willing to give evidence. (Photo: ICC-CPI/Jerry Lampen/ANP)
The link has been copied

Prosecutors at the International Criminal Court in The Hague have suffered a further setback to their case against Kenyan president Uhuru Kenyatta, after two more witnesses withdrew their testimony over security concerns.

The latest withdrawal follows that of three other witnesses who gave evidence at the case’s confirmation of charges stage in September and October 2011.

Kenyatta is facing charges of crimes against humanity for orchestrating the ethnic violence that followed the disputed result of Kenya’s presidential election in December 2007.

Kenya’s deputy president, William Ruto, and former broadcast journalist, Joshua Arap Sang, are also due to go on trial in a separate case.

More than 1,100 people were killed and around 650,000 others lost their homes in the violence.

Kenyatta’s trial is set to start on November 12. He is charged with murder, rape, persecution and forcible population transfer.

According to a written filing submitted by prosecutor Fatou Bensouda on July 16, one of the witnesses – known as Witness 5 – believes he is facing “insurmountable security risks” and has informed prosecutors that he is no longer willing to give evidence in the case.

The witness told Bensouda’s office that he believed there had been efforts to find out where he was now residing and the risks to his safety had “become too great for him to bear”.

The prosecutor also informed judges that a second witness – Witness 426 – had raised concerns over security as well.

Despite efforts by the prosecution to protect him, the witness said that he was not willing to give evidence against Kenyatta.

“The prosecution has held discussions with Witness 426 to determine whether any measures could be taken to mitigate his concerns and secure his attendance at trial,” Bensouda’s filing read.

“These talks were unsuccessful and Witness 426 maintained that he was not willing to testify.”

Bensouda has also withdrawn a third witness as her office believes his evidence “is no longer necessary to prove its case”.

The withdrawals come after the prosecutor disclosed in March that three other witnesses had said they were no longer willing to testify since the judges confirmed charges against Kenyatta in January 2012. Two of those witnesses cited security fears relating to them or their families.

The announcement of the three withdrawals came after another individual, Witness 4, recanted on his testimony and admitted to being bribed. The withdrawal of Witness 4 forced the prosecution to drop its case against a fourth defendant, and Kenyatta’s co-accused, former head of the civil service, Francis Muthaura.

Meanwhile, ICC judges have allowed prosecutors to appeal their June 18 decision to allow Ruto to absent himself from most of the proceedings.

Judges had ruled by a majority of two to one that Ruto’s position as deputy president of Kenya meant that he was entitled to be absent from parts of his trial in order to attend to his duties in public office.

He would still have to attend certain court sessions, including the opening and closing statements, hearings at which victims of the crimes in question present their concerns in person, the judgment, and any sentencing hearings.

In seeking permission to appeal the decision, Bensouda had questioned the judges’ interpretation of court rules on the issue of attending one’s own trial.

She also argued that Ruto should not be allowed to miss court sessions on the basis of his public position because all defendants should be treated equally by the court.

On July 18, judges ruled that the contested issues had “the potential to significantly affect the outcome of the trial as well as the fair and expeditious conduct of the proceedings” and should therefore be ruled on by the appeals chamber.

The prosecutor has ten days from the date of the judges’ decision to file her appeal.