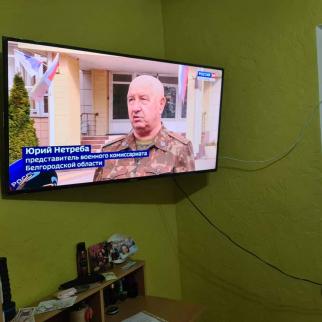 Konstantin, a pensioner from Moldova's autonomous region of Gagauzia, watches a report about the announcement of "partial mobilization" for the war against Ukraine on pro-Kremlin channel Rossiya 24. © Piotr Garchu/IWPR

Pro-Kremlin narratives rule the information space in an autonomous region with deeply rooted ties to Moscow. 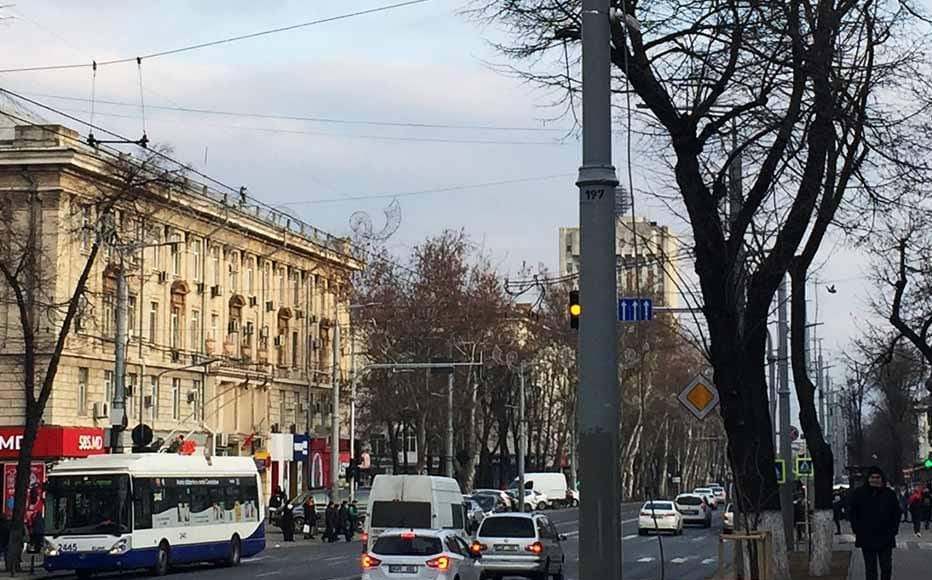 Moldova's capital Chisinau. © IWPR
The link has been copied

Viorica Tataru was one of the first Moldovan journalists who went to cover the war in Ukraine. For her, although she had previously reported from the breakaway territory of Transnistria, the experience was a steep learning curve.

"In war, the rules change drastically, including for journalists,” she told IWPR. “You comply if you are told that you are not allowed to film somewhere, because you understand that it’s not only about the journalistic material that you have to make, but about the lives of other people.”

She also quickly understood that despite some support from her editorial office, she had to take primary responsibility for her own safety and that of those around her, as well as bearing a significant amount of the cost of reporting from a conflict zone.

The journalists she met from international outlets had more logistical, financial and editorial support, she continued.

"No-one is forcing you to go… But I had the opportunity to see how Romanian or international newsrooms take care of their journalists. And I saw that there is quite a difference," said the journalist.

Despite the importance of the war in Ukraine - just across the border from Moldova – experts warn that the country’s media has struggled to meet the challenge of adequately covering the crisis.

A lack of specialist training, practical resources and financial capacity have all impacted on the media response, combined with the influence of pro-Russian outlets.

The executive director of the Independent Press Association in Moldova, Petru Macovei, told IWPR that coverage of Russia's war against Ukraine was one of primary public interest.

"The situation in Ukraine must always be in the news - either on the front pages of the newspapers or the top item of the television news bulletins,” he said.

However, scanty resources and training meant that many outlets had been unequal to the challenge.

"Few newsrooms can afford to send war correspondents to Ukraine. Moreover, there is no equipment for these newsrooms or [training in] security techniques to protect those covering this war. This situation also left its mark on the editorial content," Macovei continued.

The lack of first-hand reporting or access to quality coverage was noticeable, he said.

"This led to the fact that some media sources from Moldova kept happily misrepresenting information from media institutions that had a pro-Russian slant during the first period of the war,” he said. “Until they realised this, the Moldovan media spread misinformation or speculation. This issue powered the mill of pro-Kremlin propaganda.”

His observations were backed up by a recent report from the Baltic Center for Media Excellence (BCME), which noted that "Moldovan media only covered the events in Ukraine superficially” with most information was drawn from official outlets and “often based on a single source".

Nadine Gogu, director of the Center for Independent Journalism from Moldova, explained that the lack of resources – especially given the consequences of the Covid-19 pandemic – meant that a state of exhaustion soon set in.

"In the first months, journalists worked against the clock and news was updated minute by minute,” she said. “Therefore, a large editorial team was needed. Unfortunately, there were not enough people or the possibility to attract new people to the team.”

Gogu explained that pro-Russian TV stations had added to the crisis.

"We've also had newsrooms that preferred to adopt that 'ostrich tactic' of sticking their head in the sand and decided to omit information - more precisely, to enact manipulation by omission," she said.

Other newsrooms used phrases used in the Russian Federation, for example, the term "special operation in Ukraine" to refer to the war.

"We denounced these tactics because [these outlets] operate in Moldova and have a broadcast license; they must inform the public about major topics,” she continued.

TV8 co-founder and journalist Mariana Rata stressed that it had been hard to remain alert to propaganda.

"We wanted not to fall into the traps of false information. The fakes were from both sides - fakes promoted by the Ukrainians and by the Russians," she said.

The war in Ukraine also hit the media’s financial sustainability hard, Rata continued, setting out multiple problems related to human resources and finances, not least the proximity of the war itself.

"First of all, the mental state of our colleagues was affected. So that was the first challenge for the management, to provide enough guarantees to [that] they will be able to keep their families safe so they can continue working," she said.

"In the early stage of the war, emotional stress and panic gripped media newsrooms,” noted the BCME report. “Many journalists did not know how to cope with the pressures. As a result, many media outlets have recognised the necessity of reserve funds for crises.”

Revenues fell as advertising was also hit by the impact of the war.

“An exceptionally large part of the goods that attracted the most advertising, are imported from/via Ukraine and Russia (eg, technology, cosmetics, etc.), so stopping these imports also led to a decrease in the volume of advertising,” noted the BCME report.

Rata said that TV8’s intense coverage of the war had negatively impacted the station’s finances, with some major advertisers pulling advertising due to this negative focus.

Moldova’s media community has begun to organise to address the issues the war has raised. Chisinau outlets, for instance, lobbied the embassies of international donors for emergency support to replace advertising revenues.

Moldova’s Audiovisual Council had intervened in cases of particularly egregious pro-Russian reporting bias, sanctioning a number of stations for their coverage of the war.

"But… the problem Moldovan journalists have in reporting on the war remains," Macovei concluded